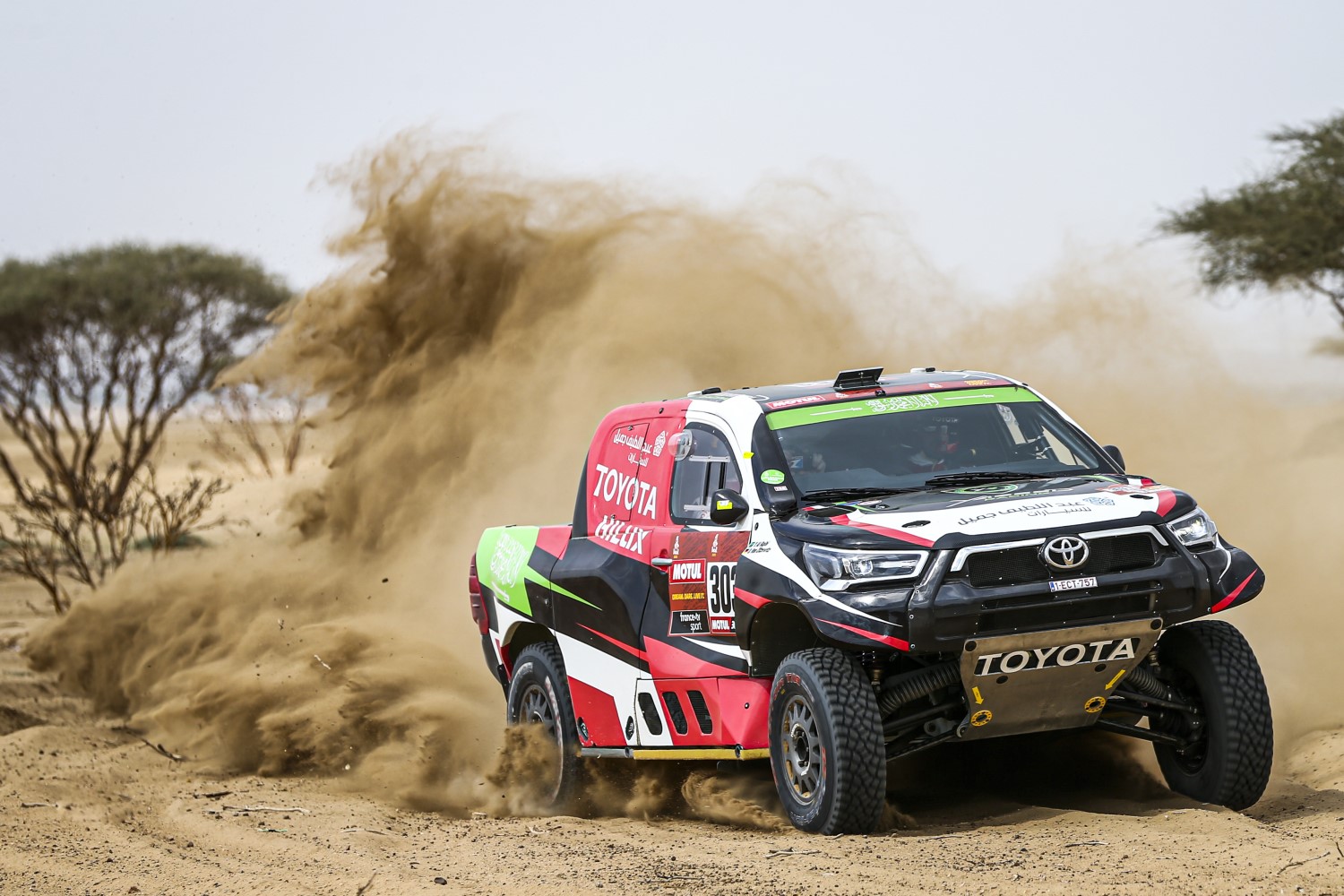 It’s in the bag for Yazeed Al-Rajhi (Shown Above)! The Saudi ended a long drought that started in 2015 and claimed the stage win after moving into the lead with about 100 kilometers to go. The Toyota driver wrapped up the seventh special with 48′ to spare over Stéphane Peterhansel, 1’15’ over Carlos Sainz in third place and 2’48’ over Nasser Al-Attiyah.

After peaking at six minutes, Stéphane Peterhansel’s advantage over Nasser Al-Attiyah went down to two minutes at the finish. The Qatari is now second overall, almost eight minutes behind the Frenchman. It was a good day for ‘Monsieur Dakar’, who claimed his sixth podium finish in seven stages!

The winner of the prologue, American Ricky Brabec, had not finished on the podium since his second place in stage 2, but the defending champion struck back today by beating Ignacio Cornejo by 2’07’ and Skyler Howes by 2’19’. Sam Sunderland came in fourth place, just under three minutes down.

A single second separates Nacho Cornejo and Toby Price at the end of stage 7. Sam Sunderland put in a strong finish to come in third at 2’11’ and Xavier De Soultrait finished 2’34’ back. Just over 2’30’ separated the top 4 men. The second week looks very promising!

Argentina’s Manuel Andújar crossed the finish line first to easily take his second stage win of the year after leading the special from A to Z.s

Nicolás Cavigliasso’s clutch broke down with less than 100 km to go. The Argentinian sought aid from another competitor before signalling his intent to withdraw. A massive disappointment for the 2019 champion, who started today’s stage in the overall lead!

Dmitry Sotnikov posted the fastest time in today’s special to claim his fifth stage win this year by 3’23’ over teammate Ayrat Mardeev. Anton Shibalov lost ground again after finishing 8’22’ back.