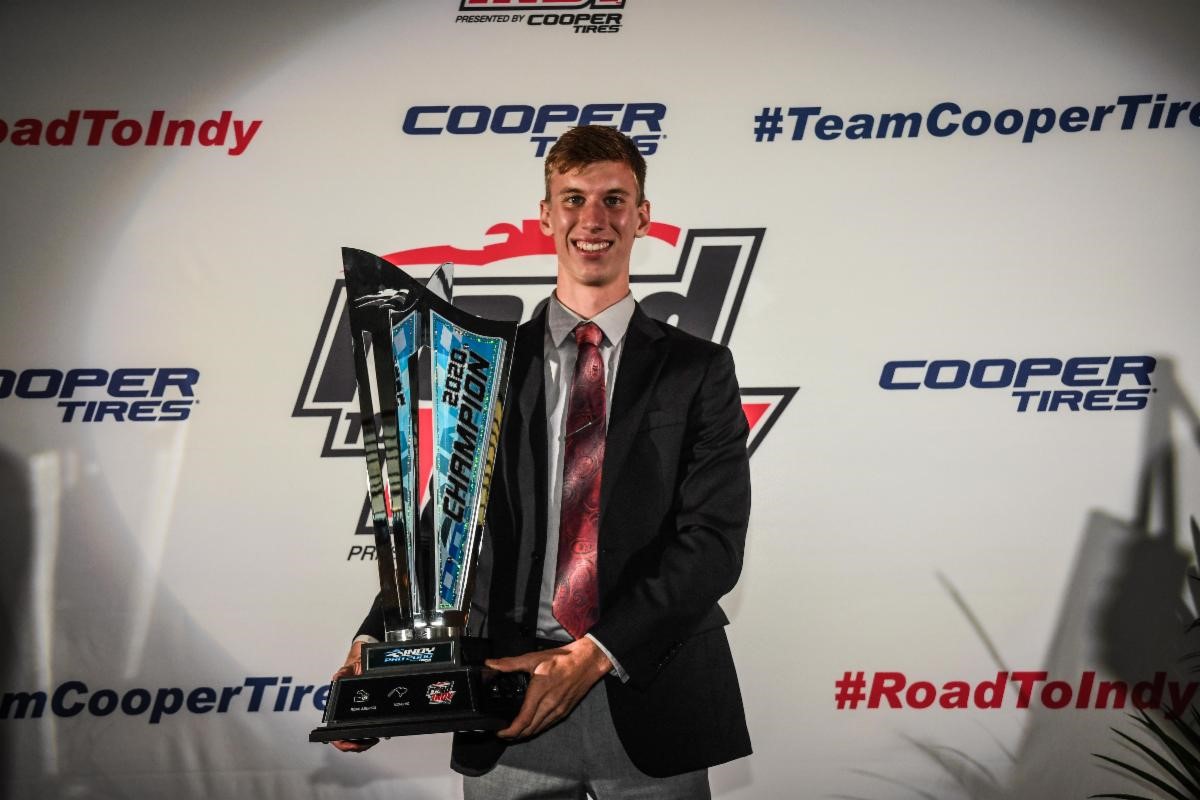 Juncos Racing announced Sting Ray Robb will move up to the 2021 season of Indy Lights Presented by Cooper Tires with Juncos Racing.

Robb proved to be the strongest and most consistent driver during the 2020 Indy Pro 2000 Championship Presented by Cooper Tires season claiming seven victories, five poles, 11 podiums and 15 top-five finishes, setting four new track records and leading the most laps. He was the only driver to complete all 485 laps of the season. All of these accomplishments came while he was racing in the highly competitive field of international drivers which saw eight different race winners during the 17 race season.

Robb stated, “What a great start to 2021 – securing a much coveted seat with Juncos racing and my first ride in the awesome Indy Lights car! Working with Ricardo Juncos and the rest of the outstanding Juncos team to challenge for the Indy Lights Championship would be a dream come true for any young driver. I’m so excited to be returning to Juncos for my third season with the team. The chemistry that the team and I have had through the past two seasons will undoubtedly play a key role in our results for the upcoming Indy Lights season.

“In tandem with that, Juncos Racing’s years of Indy Lights championship winning expertise will likely pay big dividends toward strong results during the 2021 season. I am blessed beyond belief for this opportunity and am so excited to begin the journey that lies before us. The competition will be outstanding and every race will be tough, but I am confident in our team’s ability to compete with the best. To say the least, we are all very excited to see what God has in store for us in our 2021 Indy Lights campaign.

“Thank you to everyone supporting me through the past seasons… It truly has been an honor, one for which I am so grateful. Now, the privilege of having the Road to Indy logo on the side of my car for the season is amazing, and it is truly a blessing to have their support in 2021!”

Team Owner Ricardo Juncos said, “We are thrilled to announce Sting Ray will continue his work with Juncos Racing for a third season as he moves up to the Indy Lights series. Sting Ray has grown so much with our program over the past two years. His consistency throughout 2020 and domination of the second half of last season in Indy Pro 2000 led to winning the championship. We have built great chemistry both on and off-track with him and look forward to continuing our work as he goes for the Indy Lights championship this year. I would like to thank Sting Ray, his family, partners, and sponsors for this opportunity and for their support and confidence in Juncos Racing. Thank you to everyone at Andersen Promotions, Road To Indy, Cooper Tires, and everyone else who has put so much time and effort to keep us on track throughout these difficult times we all have faced.”

Robb is the first driver to be announced to drive with the two-time Indy Lights championship-winning Juncos Racing team for the 2021 season. The Indy Lights Presented by Cooper Tires season kicks off April 9-11 alongside the NTT INDYCAR SERIES, at the renowned Barber Motor Sports Park in Birmingham, Alabama.