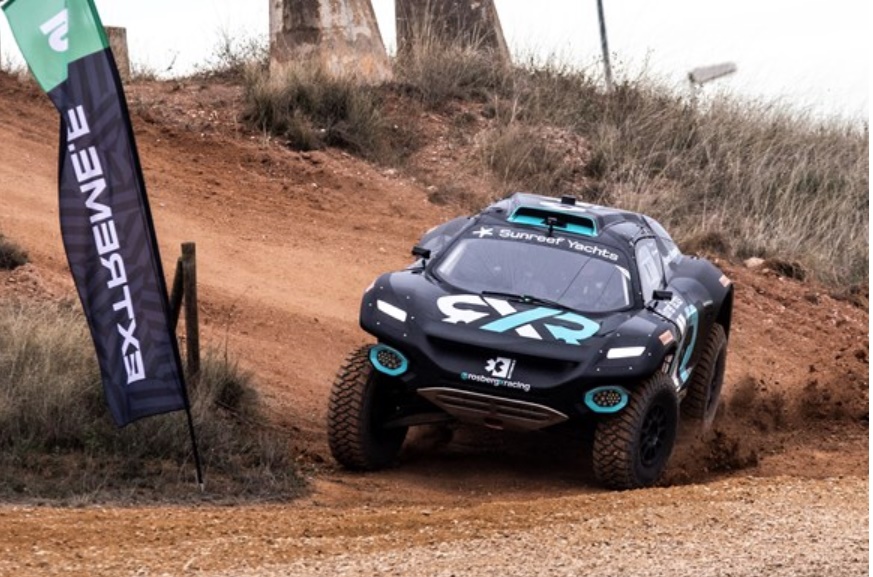 Extreme E, which is set for its first race in just 75 days, has signed a long-term exclusive broadcast deal with Seven.One Sports, the sports business unit of Seven.One Entertainment Group, in Germany. The Seven.One Entertainment Group is a 100% subsidiary of ProSiebenSat.1 Media SE and combines the ProSiebenSat.1’s channel brands, digital platforms, all content and its marketing under one roof.

The live racing will be broadcast on free-to-air channel ProSieben MAXX in Germany, Austria and Switzerland. The new racing series is available to viewers not only during the races on TV, but also on all digital channels such as the high-reach sports platform ran.de, the mobility and sustainability portal goingreen.de, the “ran racing” YouTube channel plus motorsports podcasts.

Ali Russell, Chief Marketing Officer at Extreme E, said: “We are thrilled to confirm the Seven.One Entertainment Group as our broadcast partner to Extreme E. Germany is well known for its fantastic motorsport heritage and is an important focus for us as a championship. We have two German teams, a German driver, and our Founding Partner, Continental is headquartered there, along with many of the world’s leading automotive brands and partners.

“I’m delighted ProSieben MAXX’s audience will have access to Extreme E’s new racing concept, incorporating electric SUV racing in some of the most remote corners of the planet, all of which have been detrimentally impacted by the climate crisis. Not only will the programming show live racing action but also will highlight the wider stories of the championship around electrification, environment and equality.”

Stefan Zant, Managing Director of Seven.One Sports, said: “Mobility and sustainability are very important topics for the Seven.One Entertainment Group. Since the Extreme E racing series combines motorsport with sustainability in a very special and spectacular way, it fits very well into our sports rights portfolio. We are pleased to be able to support the start of the new racing series from the very beginning with a comprehensive offering via our TV, digital, social and audio platforms in German-speaking countries. The coverage on all platforms is also interesting for companies who want to be active in sustainable advertising environments.”

Nico Rosberg, Founder and CEO of Rosberg Xtreme Racing said: “As the start of the very first Extreme E season draws closer I’m delighted it will air on ProSieben MAXX in my home country, Germany. While the racing is going to be extremely exciting to watch, one of the major appeals of the championship for me is the environmental and cleantech elements that are very close to my heart. It is fantastic that ProSieben MAXX will broadcast these stories too and increase awareness of the climate emergency to the people of Germany through the power of TV.”

Sandra Roslan, Extreme E project manager at Continental, said: “We are pleased to welcome another strong and reliable broadcaster, ProSieben MAXX, to the Extreme E family. As a company with German roots, we are certain that ProSieben MAXX, focused on young people with an interest in sports, is the right partner in our very special home market. We are very much looking forward to the start of the first season.”

As well as the Seven.One Entertainment Group having a large reach with ProSieben MAXX and its digital platforms, it also shares the same sustainability goals as Extreme E having signed up to United Nations (UN) Global Compact, the world’s biggest and most important initiative for responsible corporate governance. The plan outlines ten principles in a variety of areas including the environment and climate, which center around the United Nations Sustainable Development Goals, highlighting the vision of an inclusive and sustainable global economy. This commitment demonstrates that the Seven.One Entertainment Group is actively shaping its vision and strengthening its commitment to sustainability.

With just over two months to the opening race in AlUla, Saudi Arabia on 3 and 4 April 2021, Extreme E is currently receiving cargo from all the teams and partners to be loaded onto the championship’s floating centrepiece, the St. Helena, which is due to set off on its global voyage in mid-February