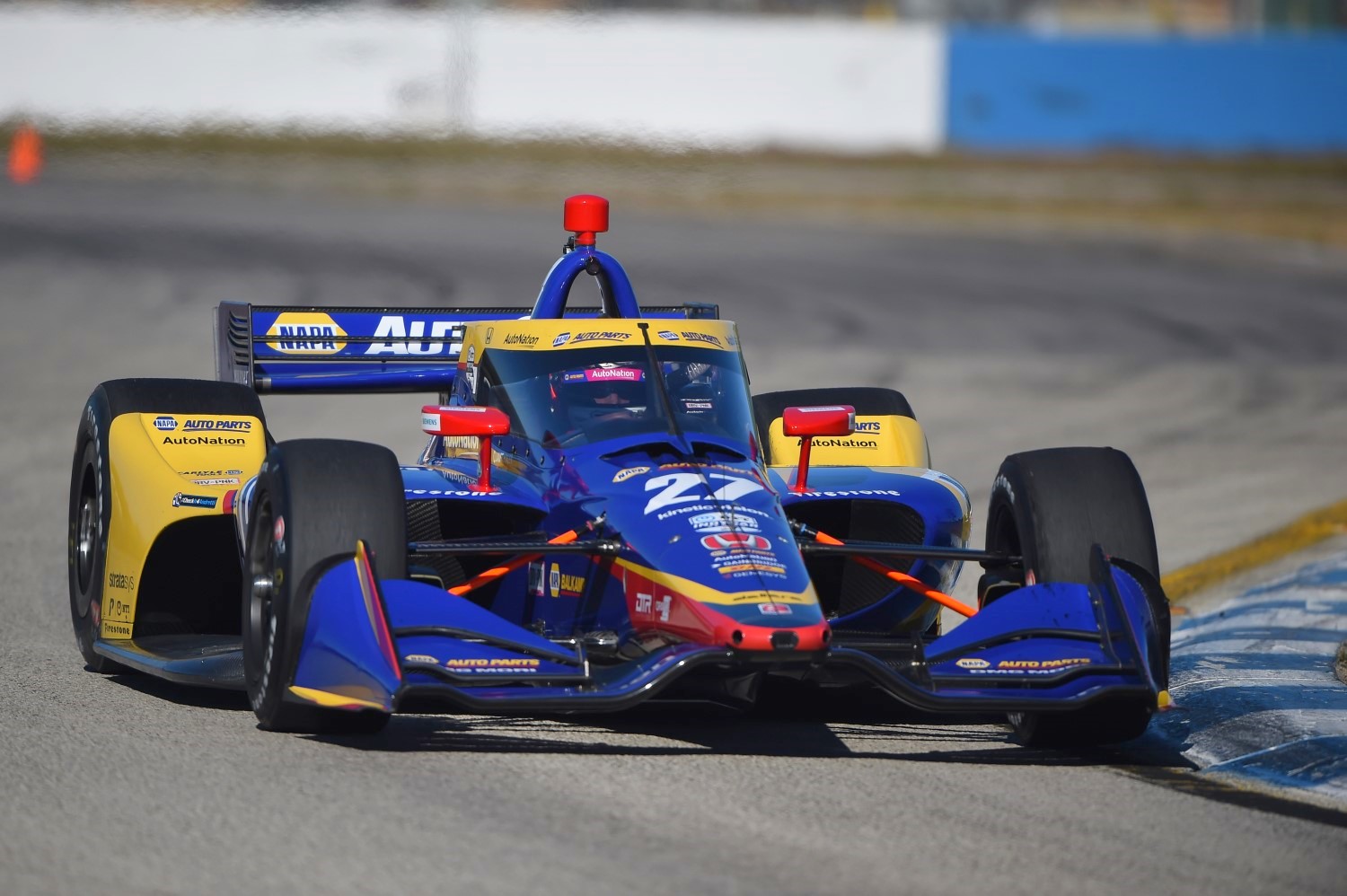 Andretti Autosport’s Alexander Rossi topped pre-season test times Tuesday on the Sebring Short course in his #27 NAPA Honda. His time of 52.27s was 0.11s faster than his teammate Colton Herta in the #26 Gainbridge Andretti Honda.

Rossi’s fast time was nearly identical to Scott Dixon’s fast time on Monday at 52.32s, which was equal to Rossi’s 2nd fastest lap of the day today.

Going toe-to-toe with Herta late in the day, Rossi strung together two nearly identical lap times  of 32.32s and 52.37s but he could not quite top his quickest time from the morning and neither could Herta who closed slightly on Rossi but came up short.

It was a Honda 1-2-3-4 with Jack Harvey running 3rd quick in the #60 Meyer Shank Racing Honda and Ryan Hunter-Reay 4th quick in the #28 DHL Andretti Honda the two 0.27s and 0.40s slower than Rossi respectively.

Graham Rahal turned the most laps on the day and was 5th quick 0.45s back in his Rahal Letterman Lanigan Honda.

Max Chilton was the fastest Chevy in 6th 0.47s back in his Carlin Chevy and ahead of Dalton Kellett in the #4 AJ Foyt Chevy.

Takuma Sato was 8th quick in the #30 Rahal Letterman Lanigan Honda ahead of last place Marco Andretti who ended up 0.86s off the pace but much faster than last place man on Monday – Jimmie Johnson – who was 1.3s off the pace and still struggling to find the ultimate pace of these faster IndyCars.

The Andretti team and others will be back at Sebring February 1-2 for more pre-season testing. Missing from this test were Team Penske, Arrow McLaren SP and Dale Coyne Racing.  Mark C. reporting for AutoRacing1.com