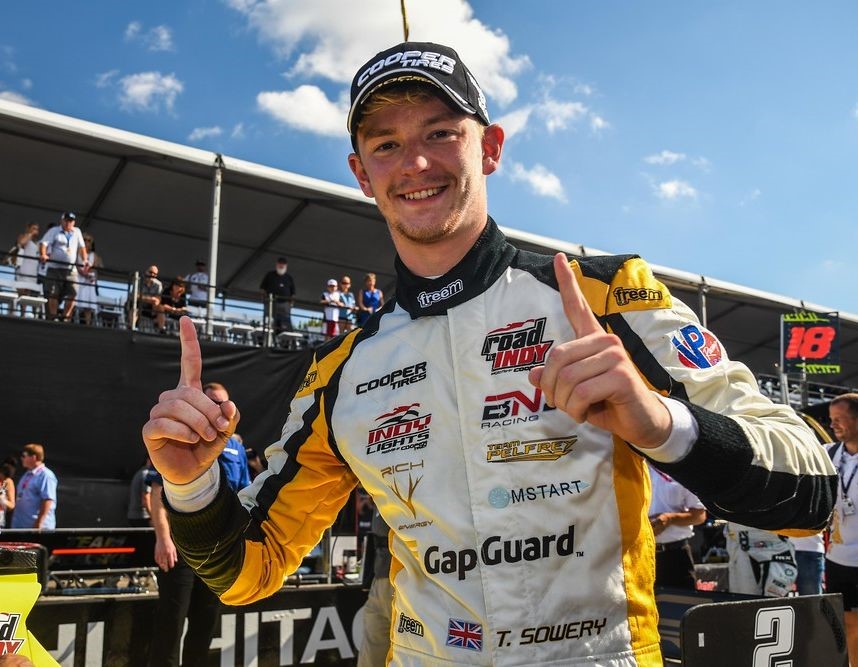 Juncos Racing is pleased to announce Toby Sowery (shown above) has joined the team for the 2021 Indy Lights Presented by Cooper Tires season. Sowery is the second driver announced to the two-time Indy Lights champion team.

“To sign with a championship winning team like Juncos Racing is an exciting opportunity for me and to be able to announce it so early in the year is going to be a great help to prepare for the season ahead,” said Sowery. “I know the team can help me build on my previous experience and work together to challenge for the title this season. The team has proven themselves by winning the championship in different series, so I am very enthusiastic about our partnership and I can’t wait to get behind the wheel again!”

Team Owner Ricardo Juncos said, “We are really looking forward to working with an experienced driver like Toby. I have been watching his progress, and he has continued to grow each year, in particular in 2019, so we look to build on this progress and take it in to this season. Toby is not only a great addition to our team, a proven winner in Indy Lights, but as a person we look forward to working and competing with him and making the most of the 2021 after a difficult 2020.”