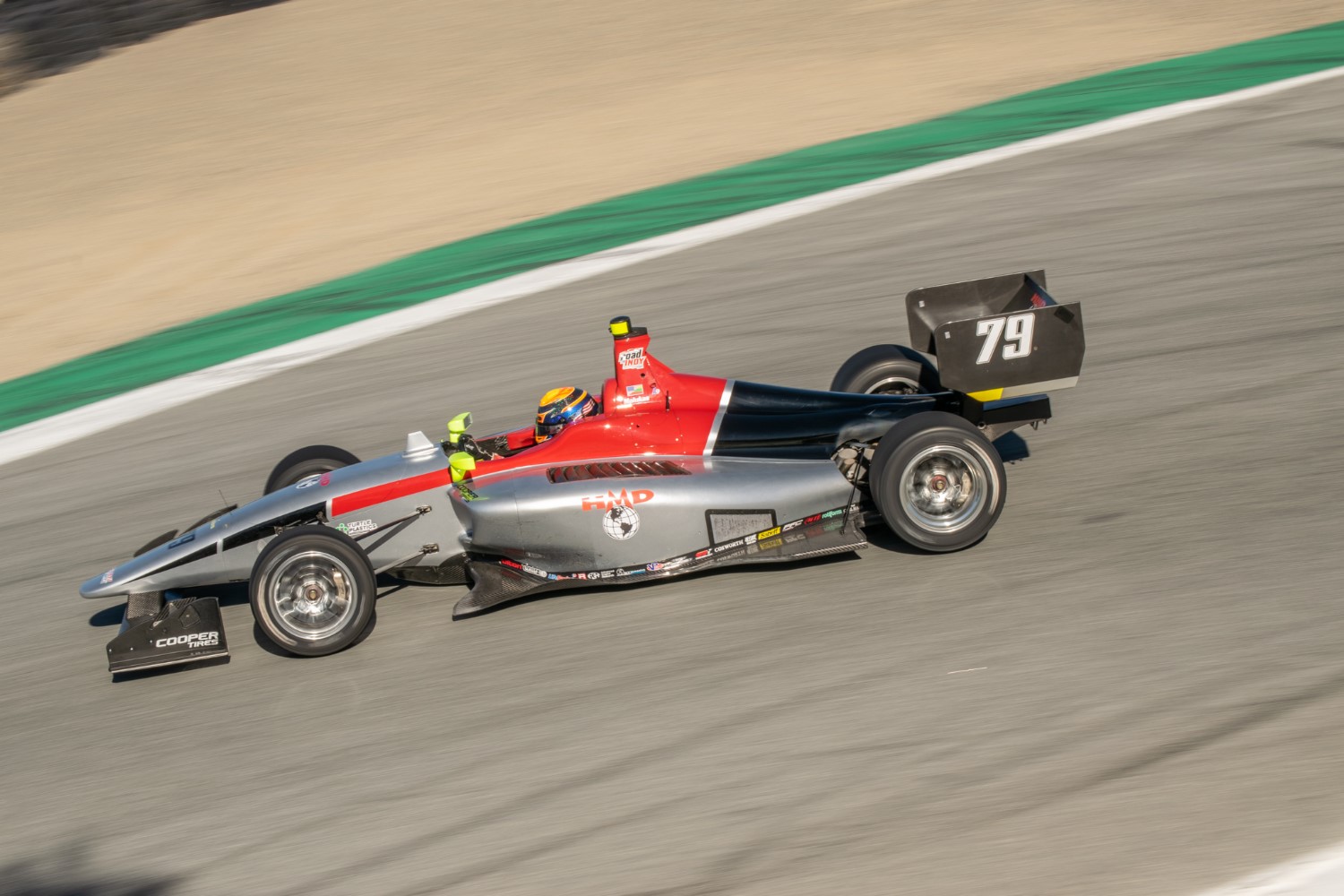 The sights and sounds of typical track rental days at WeatherTech Raceway Laguna Seca were excitingly different this week as IndyLights team Global Racing Group with HMD Motorsports left the Indianapolis winter weather behind and headed west for some fast laps, team building and sunshine.

HMD Motorsports has been on the rise since 2017, working up the Road to Indy presented by Cooper Tires ladder, finally making the decision to run a full season of Indy Lights this year. When the 2020 IndyLights season was canceled, they focused on the Formula Regional Americas championship. Getting track time at WeatherTech Raceway Laguna Seca was a strategic move as not many IndyLights teams invest in traveling to the west coast for testing. 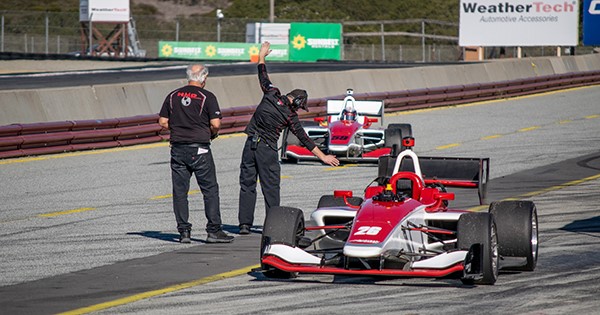 “As a team that hopes to be fighting for the championship at the end of the season, testing at WeatherTech Raceway Laguna Seca was important,” said Henry Malukas of HMD Motorsports. “With it being the final event on the 2021 calendar, any advantage we can get on our competition is a plus. It was a logistical challenge for us to travel from Indy to Monterey due to COVID and while we pondered the idea of not coming, we are certainly glad we did. We had great weather, and two solid days of on track activity with four drivers completing nearly 1500 miles of testing.”

The four drivers who came out included the team’s two principal drivers, David Malukas, who has risen through the Road to Indy ranks and last year took second in the Formula Regional Americas Powered by Honda Championship, and Benjamin Pedersen, who was the second place finisher last year in the F3 Americas Championship Powered by Honda with Global Racing Group.

On Tuesday, they welcomed a third teammate, Linus Lundqvist who was just announced as a new team driver, fresh off his championship win in the Formula Regional Americas. A fourth driver, Nikita Lastochkin, who started his career at Laguna Seca with Skip Barber Racing School, was also testing, getting some long anticipated track time as negotiations continue for a contract with the team.

Pre-season testing will continue as Indy Lights and IndyCar teams will be at the track in February and March to gain valuable track time after a COVID-produced hiatus in 2020. The season-ending race in 2019 was the first time in 15 years that IndyCar raced here meaning most of the drivers do not yet know the circuit well outside of simulators.

The Firestone Grand Prix of Monterey at WeatherTech Raceway Laguna Seca will take place September 17-19, 2021. Laguna Seca Recreation Area management is working with the County of Monterey to welcome back spectators to the events.