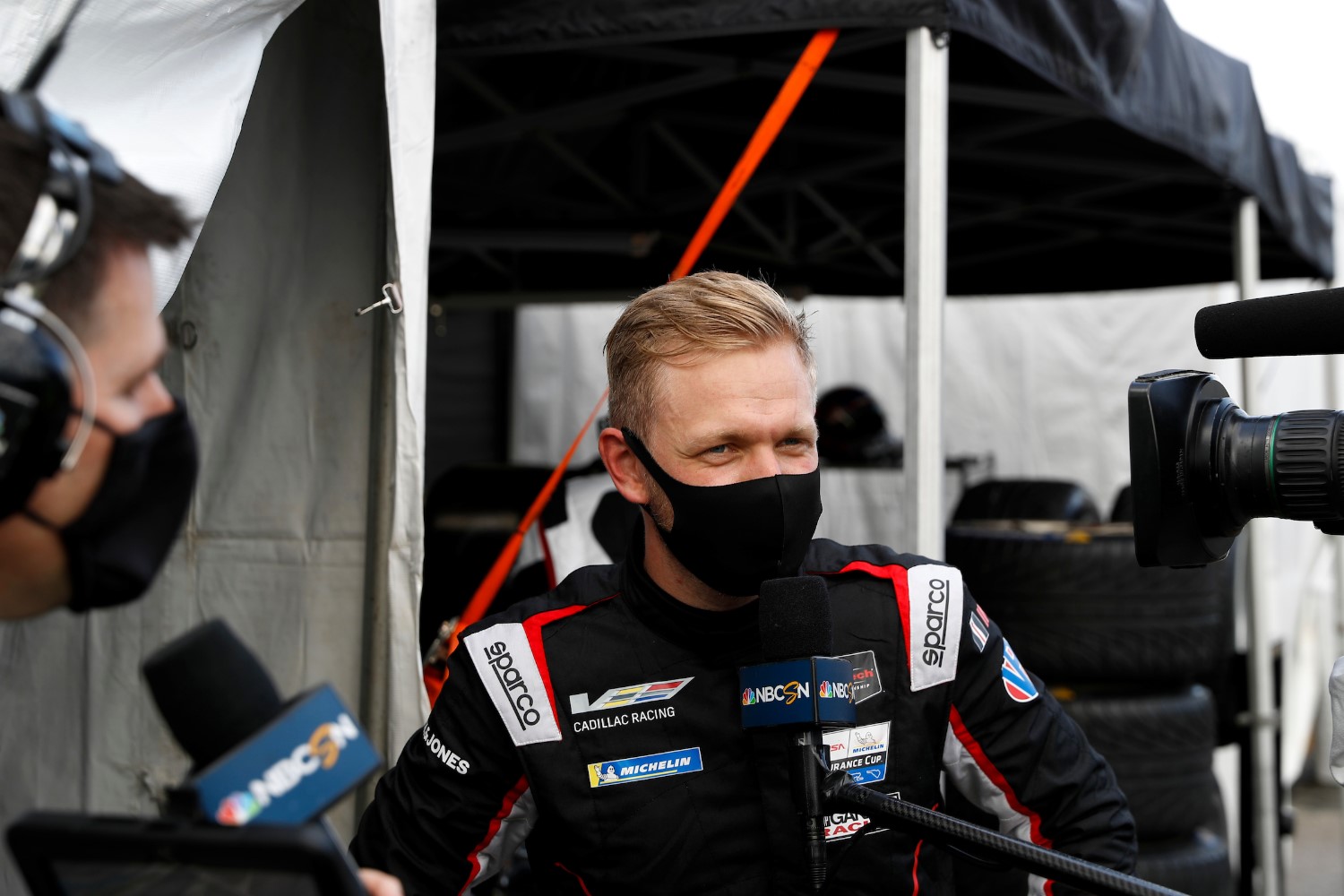 (GMM) Kevin Magnussen (shown above now driving in IMSA for Chip Ganassi) says he was approached by another Formula 1 team after being ousted by Haas.

The Dane, who is currently enjoying a competitive start to his post-F1 career at Daytona, told the Danish magazine Dossier that he turned down the alternate Formula 1 seat.

“I can’t really say who it was because I think it will make someone mad,” Magnussen smiled in Daytona. “Because it was a team that is no better than Haas.

“It’s not that hard to figure out.”

Haas finished the 2020 world championship ninth – just ahead of Williams, and just behind Alfa Romeo.

“Even though I had a chance to stay in Formula 1, I didn’t feel motivated to continue like that,” Magnussen, 28, insisted.

“I would have liked to have had a chance to win with one of the big teams.”