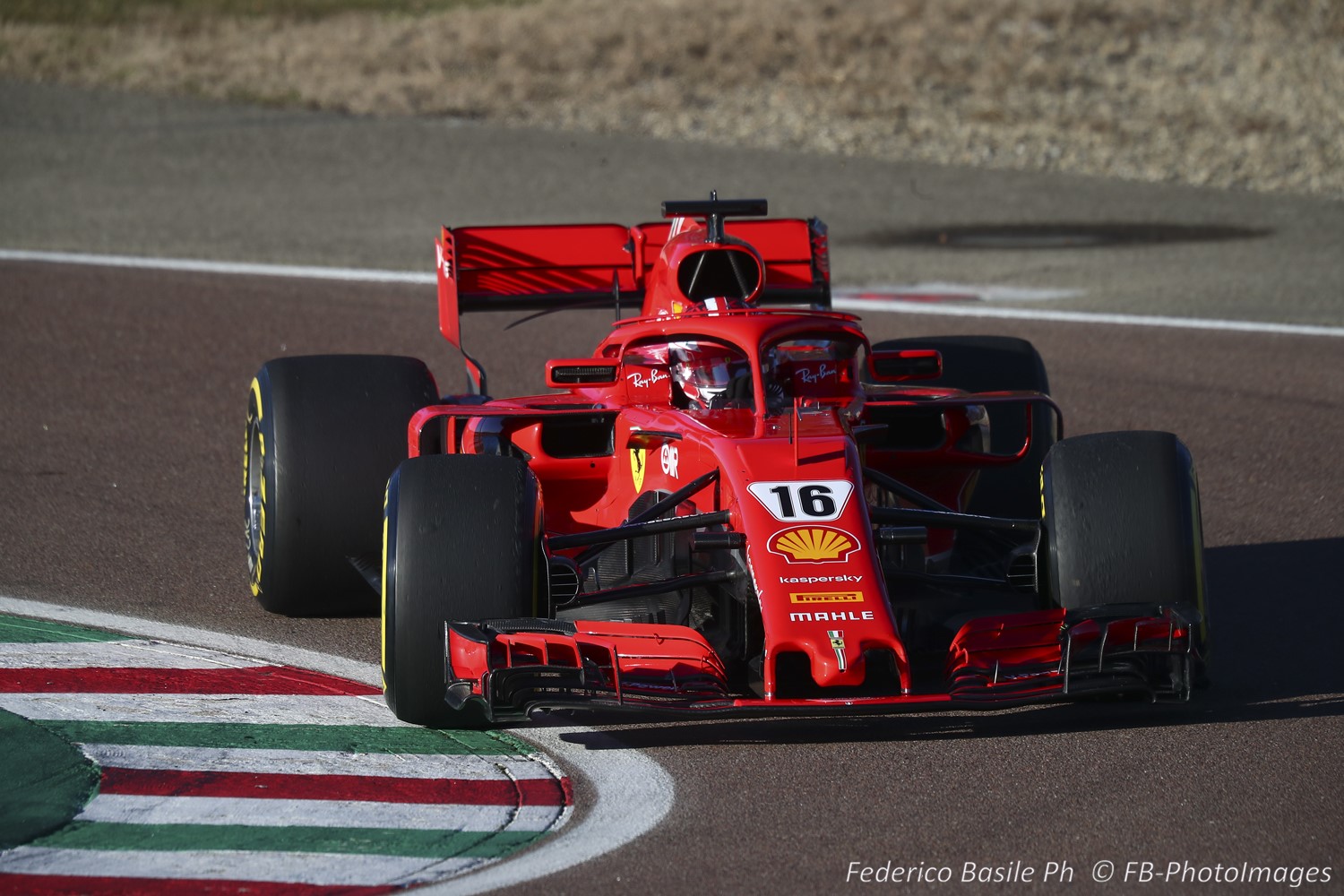 #16 Charles Leclerc, just back from testing positive for Covid and recovering just fine, was behind the wheel of the Ferrari SF71H in Fiorano, Modena Tuesday morning.

The 5-day test featuring seven Ferrari regular as well as Academy drivers has reached the 2nd day with a high temperature of 47 degrees-F under sunny skies.

In related news, Giuliano Alesi, who got behind the wheel of Ferrari’s 2018-spec SF71H on Monday at Fiorano but realized he has no path to F1, has departed Ferrari’s Driver Academy, ending his five-year stint with the marque, and is set to compete in Japan this year.

Ferrari confirmed afterwards that Alesi will not continue with the Academy into 2021 and is instead set to continue his career in Japanese single-seater competition.

“I’d like to thank Ferrari and the FDA for this fantastic opportunity,” said Alesi, who sported #28 on his car, mirroring his father’s race number from 1991.

“To be able to get in the cockpit of the SF71H was incredibly exciting as was driving the car on track with my father watching and sporting the same race number he used.

“In terms of handling, the car is not too difficult to drive, but the power was surprising and never seems to end. The immediacy and efficiency of the braking is also impressive.

“This test was the best way possible for me to bid farewell to Ferrari. Now a new adventure awaits me in Asia and I can’t wait for it to start.