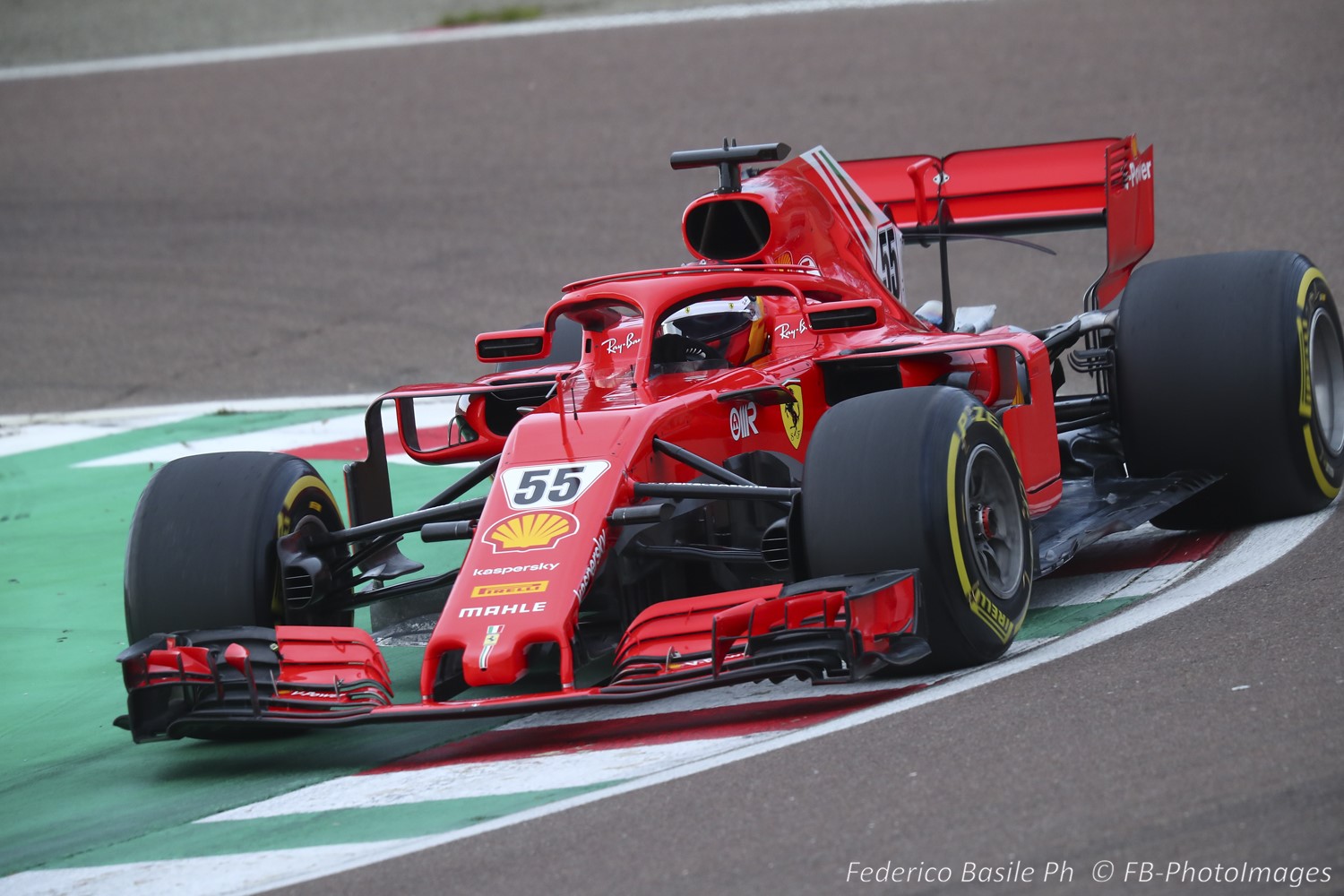 Carlos Sainz Jr. got his first laps behind the wheel of a Ferrari SF71H F1 car Wednesday morning at Fiorano and our photographer Federico Basile was there to capture the moment.

At 9.30 the shutters rolled up on the pit garage at the Fiorano track and a minute later Carlos Sainz was out for his first lap at the wheel of a Ferrari Formula 1 car. Naturally enough, the 26 year-old from Madrid ran his usual F1 number 55 on the SF71H, the 2018 car, as he completed more than a hundred laps on his maiden outing with the Scuderia. Carlos worked with the engineers he had already met in several meetings held over the past weeks and also got to know the mechanics and the car procedures, many of which will also be relevant to this year’s SF21, which he and Charles Leclerc will drive for the first time at the pre-season test in Bahrain during the second week in March.

VIP spectators. Watching Carlos’ first run from the flyover on the public road to Maranello were a fair few spectators and journalists and in the afternoon, there was even a banner with the words “Vamos Carlos!”. Inside the track, also present were the driver’s father Carlos Sainz Senior, the famous world champion rally driver, team-mate Charles Leclerc, as well as the Head of Ferrari Driver Academy, Marco Matassa who had worked closely with the Spaniard over a three-year period from 2015 to 2017 when they were both at Scuderia Toro Rosso.

Fifth Spaniard. Carlos is the fifth Spaniard to be part of the Scuderia. Before him, Fernando Alonso raced for five seasons for the Maranello squad, taking part in 96 Grands Prix, winning 11 and long before that, the Marquis Alfonso de Portago raced in five GPs for Ferrari, his best result being a second place in the 1956 British Grand Prix. There have also been two test drivers: Pedro de la Rosa and Marc Gené, the latter still involved with the Prancing Horse as an ambassador and a tutor for drivers in the exclusive XX Programmes and F1 Clienti.