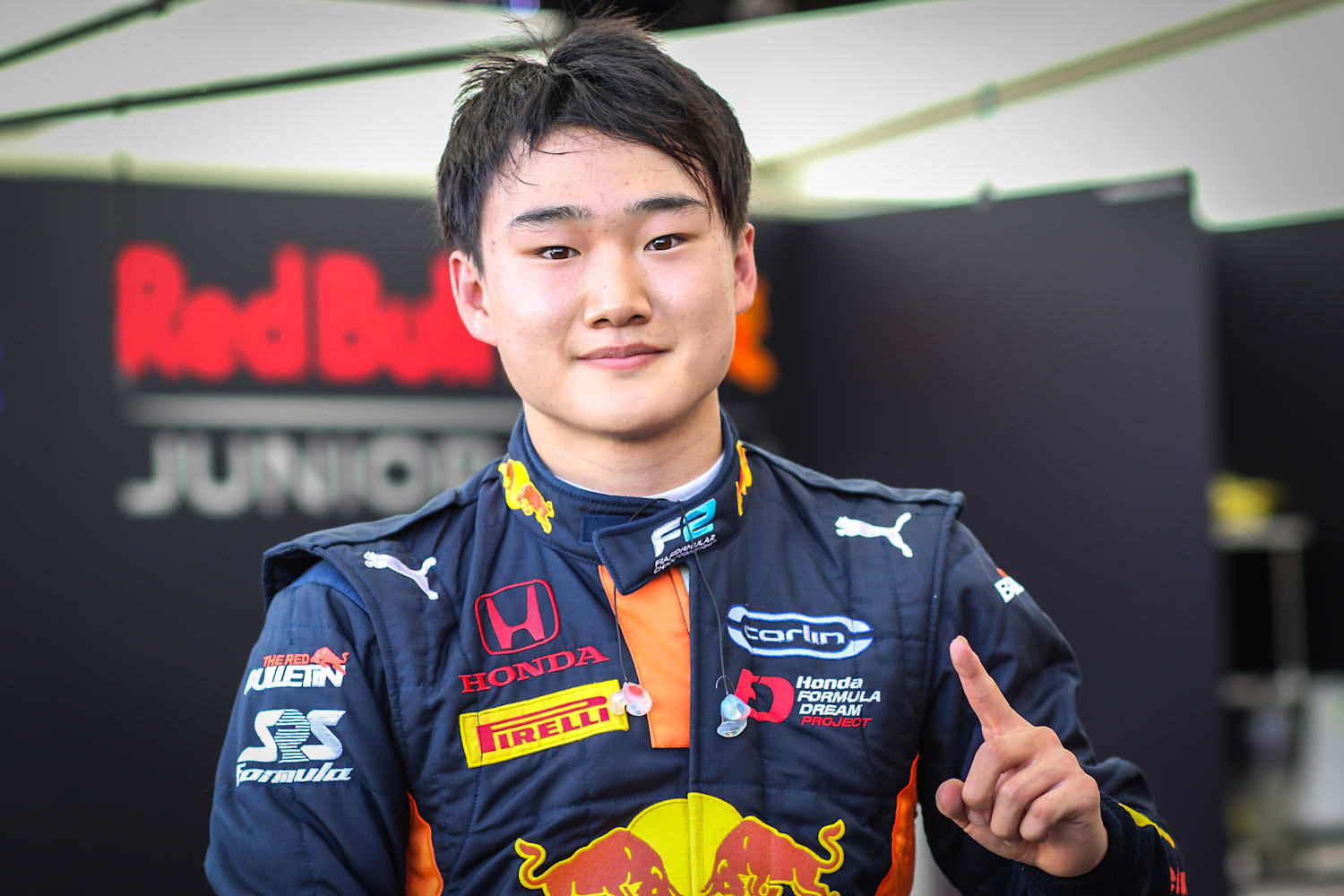 It’s the beginning of a new era for Yuki Tsunoda.  AlphaTauri’s new Japanese driver is training hard, both on-and-off track, to prepare for his first season in Formula 1 and has recently spent some time at their factory in Faenza getting to know the team and engineers, continuing physical training and spending some more time in their race car.

This week, Yuki has completed a positive two-day test at the Autodromo di Imola – at the wheel of our 2019 challenger – ahead of the season opener in Bahrain. Despite his busy schedule, we managed to sit down with the 20-year-old racer to learn a bit more about himself.

You have moved quickly through the junior categories to get to F1 – how would you describe the steps you’ve taken to get here?

YT – Every year I improve a bit and I’ve managed to win in every category I have competed in. Those wins were not easy, and they built up my confidence. Even in Formula 3, I did not expect I would win, as this was my first time living in Europe and four of the tracks were completely new to me. It was not easy because many of the drivers in Europe had a lot of experience at those tracks. I was focussing on adapting to the track, the team and the culture, but finally I won in Monza in Formula 3 and Dr. Marko was happy with that. It led to me moving up to Formula 2.

Last year for me was a season in which I made a big improvement in all aspects of my job. First of all, in terms of my driving but also in terms of my mentality and psychology regarding how I approached my racing. I think I improved a lot during Formula 2. It was a very successful season, one of the best in my racing career. At the start of the season, I already had a good pace and could compete with strong rivals, but I lacked consistency until the middle of the season. That meant I was unable to get good points in the early races. Then, from the mid-season on, I worked with a psychological trainer, and we talked a lot about my racing – how I prepare for the race and my attitude during the race – as well as other factors. That resulted in my mentality improving a lot. By the end of the season, it was not yet where I wanted to be, but had improved so much since the start of the season. My on-track results continued to get better.

At the start of last year – during the rookie test for example – I struggled with tire management compared to my team-mates, however I have worked hard with the team and watched races from previous seasons to learn how to better manage this. The hard work we all put in paid off, as by the end of the year I had received the Pirelli award – which showed just how much progress I had made. I know the next step in my motorsport career won’t be easy, but I can’t wait.

This year, you will be the youngest driver on the grid and the only Japanese driver. Do you feel some pressure related to that?

YT – No, not really, this will be my rookie season and I will be pushing hard right from the beginning to adapt to the car as much as possible. However, I’m not afraid to make mistakes – I will, of course, try and limit them – but they are inevitable at the beginning. I am confident I can learn from my mistakes though, as I proved last year in Formula 2. I am really happy to have the support of Japanese fans, and I’m proud to be the one to bring another Japanese driver on the grid, after Kamui Kobayashi in 2014. As for the pressure, I put it on myself, so nothing changes in that regard for me – I want to push myself to succeed…

Let’s go back to the beginning and your karting years in Japan, when your father was your mechanic.

YT – My father was my mechanic until I was around 14 or 15 years old. I have to thank him for all the success I have so far – he has helped me to become a better driver. Braking was one thing he taught me the most, particularly how and when to brake. He taught me that braking is very important going into the corner and that can make the car rotate and if you can rotate the car more than others, you can apply the throttle again earlier than others. I practiced that a lot in karting. It gave me a lot of confidence and I still use what I learned even today.

Moving from Japan to Europe is a big cultural difference. What did you find was the most difficult aspect to deal with of life in Europe?

YT – The food! And the language. When I first came to Europe, I lived in Switzerland with everyone speaking French which was not easy. Also, the food: I really like food and having to change my diet – I like sushi and Japanese food in general – I got a little bit stressed. This new way of living made life a bit more difficult, but the team and my trainer helped a lot with that. I eventually adapted and I’m happy where I am now.

Can you describe the best and the worst moments in your career?

YT – The worst was in 2016, when I was doing the Honda Junior Driver Test and I came third. Normally Honda takes the first two drivers to move to Formula 4. I had discussed the test with my father and had decided that if I did not get through, I would give up racing. But the person in charge was former F1 driver Satoru Nakajima. He was watching from the outside of the chicane and he recommended me to Honda and that’s why I got a Formula 4 drive with Honda. So, it was down to him. The best moment was Monza in Formula 3 in 2019. I think I would not have been in F2 the following year without that win. It was my first win in Europe so I have many happy memories from that day.

You are now going to race in F1 at the age of 20. If you could go back in time ten years, what advice would you give your younger self?

YT – I would say, to start putting all your energy into racing earlier than I did, without being distracted by other things. Until I was 16, I was not that excited about racing. I don’t mean I didn’t like it, but I didn’t put as much effort in as I should have done.

Who is Yuki Tsunoda away from the race track?

YT – Just a normal 20-year-old boy. I like gaming – when I’m not racing, I’m gaming with my friends in Japan. I like shooting games – such as Apex Legends and Call of Duty – and sometimes when I’m playing them, I imagine shooting at someone I hate…it works well, it boosts me! Also, I like being outdoors doing things like wakeboarding and snowboarding. There is a place in Milton Keynes where you can do indoor snowboarding. I like to do physical things in general. I find that sport and gaming help me to reset my mind and I feel refreshed afterwards. However, I don’t like racing games as I don’t find them realistic.

YT – I’m not bothered by social media. Recently I’ve been trying to improve my presence, but I don’t think too much about it. My focus is mainly on racing and getting as ready as possible for the new season.

What is your favourite music?

What is your favourite colour?

YT – It’s a seaside prefecture, the second most populated after Tokyo. It’s a nice place and I miss it, especially the nice food.

What about your family?

YT – They have always supported me in my racing career and I thank them for that. I have a sister, who is two years younger than me.

What would you bring with you from Japan to Italy and from Italy to Japan?

YT – Sushi from Japan to Italy, and cheese from Italy to Japan…I love blue cheese.

You chose “22” as your racing number, why?
YT – My number when I was racing in karting was 11, but in F1 that’s already taken by Sergio Perez. So, I doubled it to become 22, which I like also liked because it was the number of Jenson Button, a driver I respect a lot when he won the Formula 1 World Championship in 2009. It’s also a number used by Japanese driver Takuma Sato.