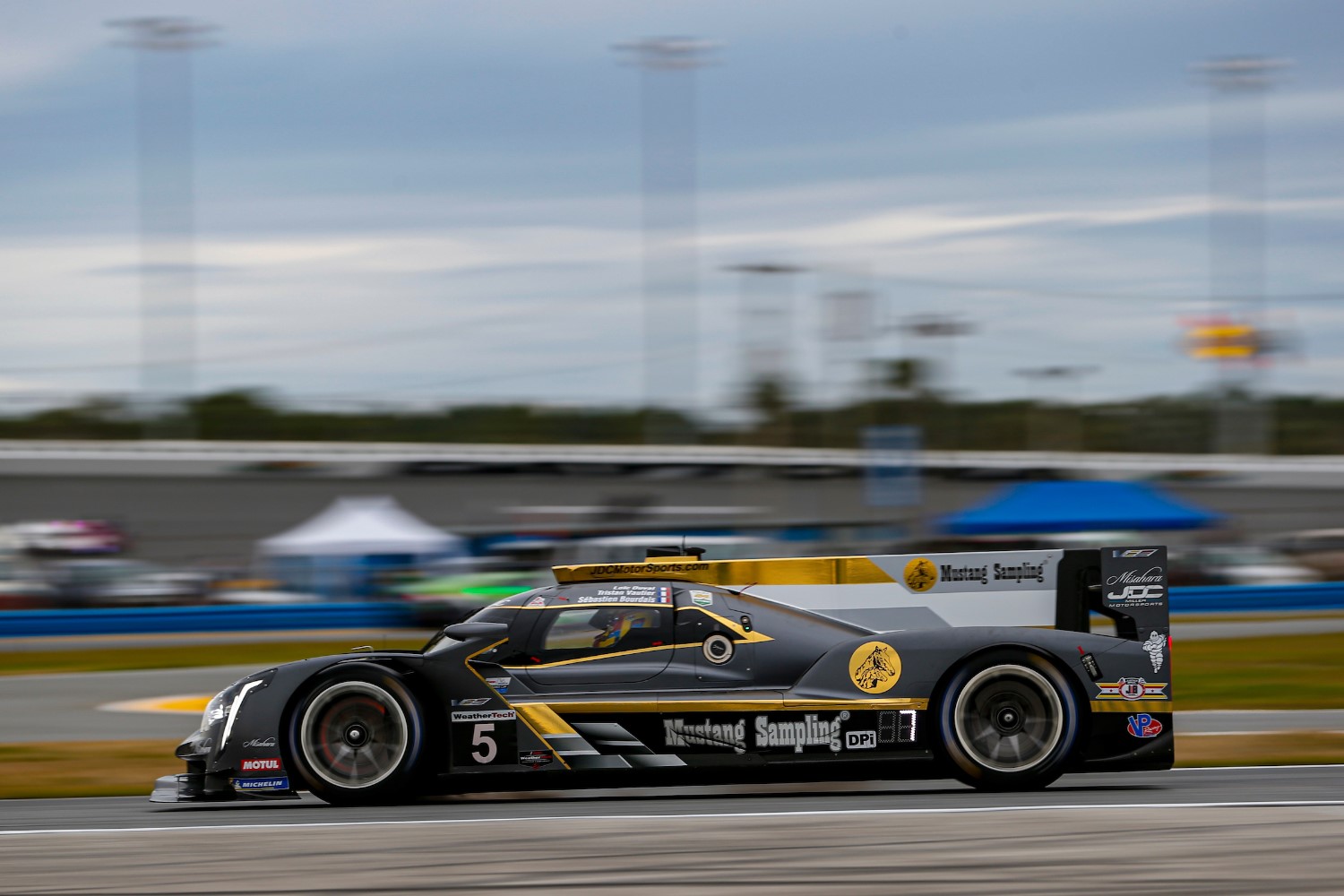 As we reached the 3-hour mark in the Rolex 24 at Daytona and darkness began to settle in for the next 11 hours, former IndyCar driver Tristan Vautier had the #5 Mustang Sampling Cadillac in front by 2.5s over Ricky Taylor in the #10 Wayne Taylor Acura.

But Ricky Taylor was closing as was ex-F1 driver Kevin Magnussen in Chip Ganassi’s #01 Cadillac who ran third.

Olivier Pla brought the #60 Meyer Shank Racing Acura up to 4th while Simon Pagenaud rounded out the top-5 in the #48 Cadillac.

The #18 has taken the lead in LMP2 with Paul-Loup Chatin at the wheel.

Nick Tandy has moved the #4 Corvette in the lead in GTLM ahead of the sister #3 Corvette of Jordan Taylor who led early.