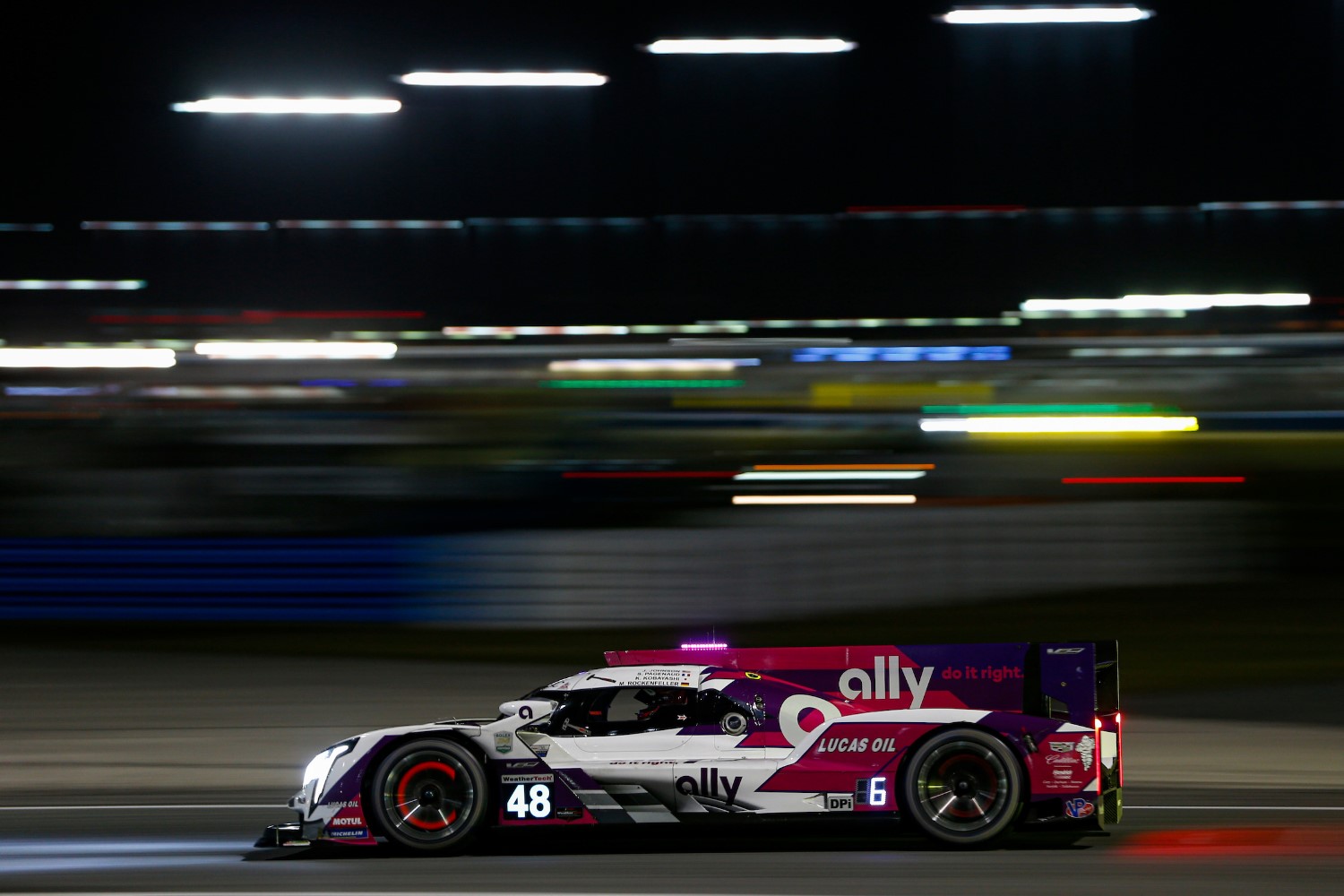 He’s trying hard but the 7- NASCAR Cup champion Jimmie Johnson (shown above) is no match for these experienced road racers in the Rolex 24 at Daytona. Johnson’s teammate Kobayashi handed over the #48 Ally Cadillac to Johnson after the 8-hour mark with a healthy 8.7-sec lead, but Renger van der Zande in the #01 Cadillac took Johnson to school and cut Johnson’s lead to just 0.529-second as the clock struck the 9-hour mark.

Alexander Rossi continued to run third in the #10 Wayne Taylor Acura. While he was schooled by Kobayashi in the prior hour that saw him fall 30-seconds behind the leading Cadillac, with Johnson behind the wheel of the #48 Cadillac in the 9th hour, Rossi was able to cut the deficit back down to 16-seconds as someone seems to have lit a fire under the Californian. As we type this, we’re 21-minutes past the 9-hour mark and Rossi has cut the deficit to 11.8 seconds behind the now leading #01 Cadillac of Chip Ganassi Racing.

Mike Conway ran 4th in the #31 Whelen Racing Cadillac with Tristan Vautier up to 5th in the #5 Cadillac who led earlier but ran into some troubles.

The The two Corvettes of Antonio Garcia and Tommy Milner continued to circle in tandem out front in GTLM 11-seconds ahead of the #62 Risi Ferrari.