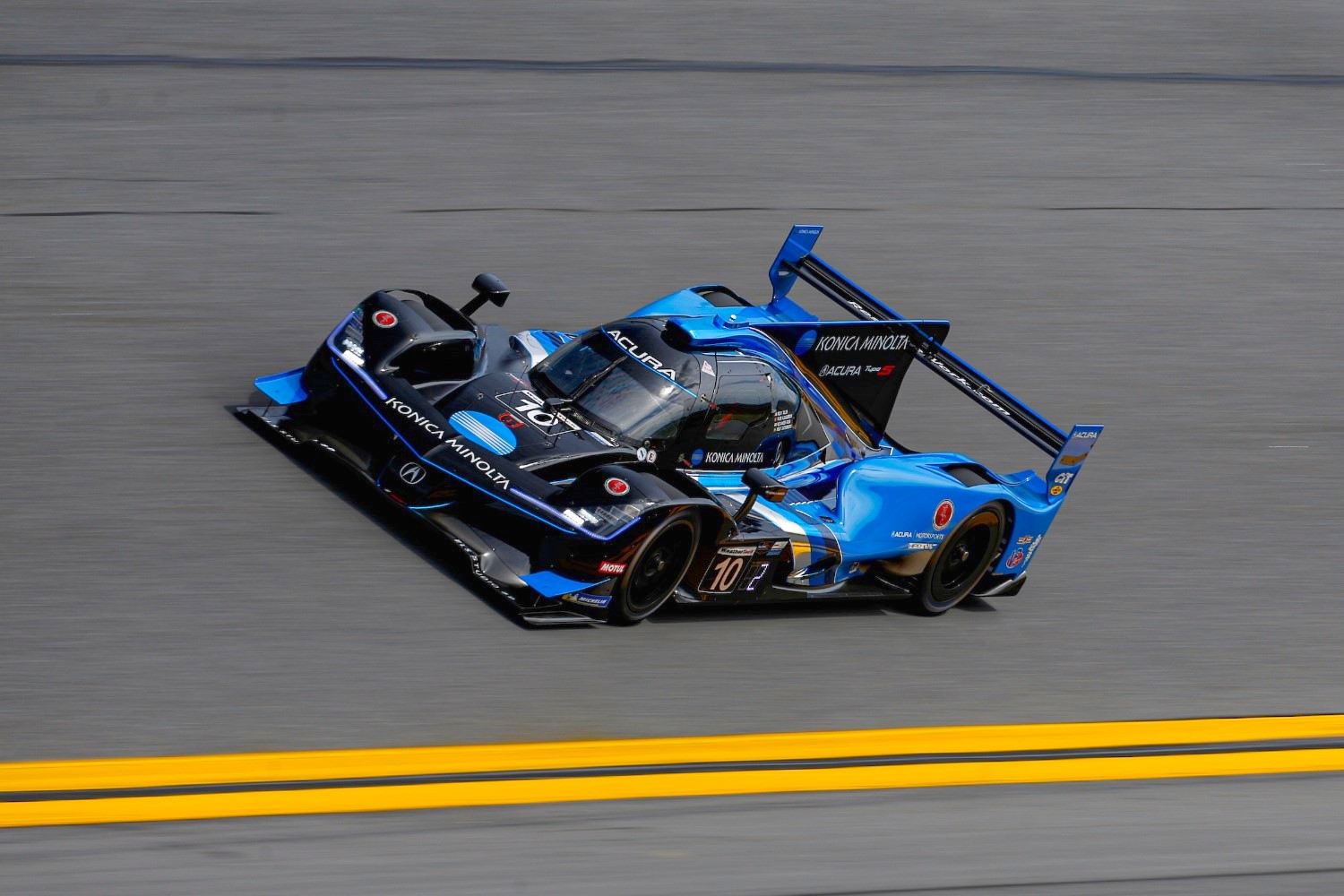 With two hours to go Ricky Taylor has the #10 Acura owned by his father Wayne Taylor up front in the Rolex 24 Hour IMSA race at Daytona.

Oliver Jarvis was 2nd in the #55 Mazda but that was due to pit stops and the Mazda’s real running position is 4th. The #48 Ally Cadillac ran third when the clock struck 22-hours.

The #60 Meyer Shank Racing Acura ran 4th and the #01 Ganassi Cadillac rounding out the top-5. A drive-through penalty for Kevin Magnussen for spinning the #01 car’s rear tires while on the air jacks dropped the car out of immediate contention with five hours to go.

The #4 Corvette of Alexander Sims led in GTLM over the #24 RLL BMW of Augusto Farfus but the #3 Corvette has fallen almost a lap behind because of a penalty. However, the car is so fast look for them to drive to the front before this is over.

Maro Engel now holds the lead in GTD, ahead of the No. 75 SunEnergy1 Racing Mercedes-AMG in a 1-2 run after crashing out the #21 Ferrari.