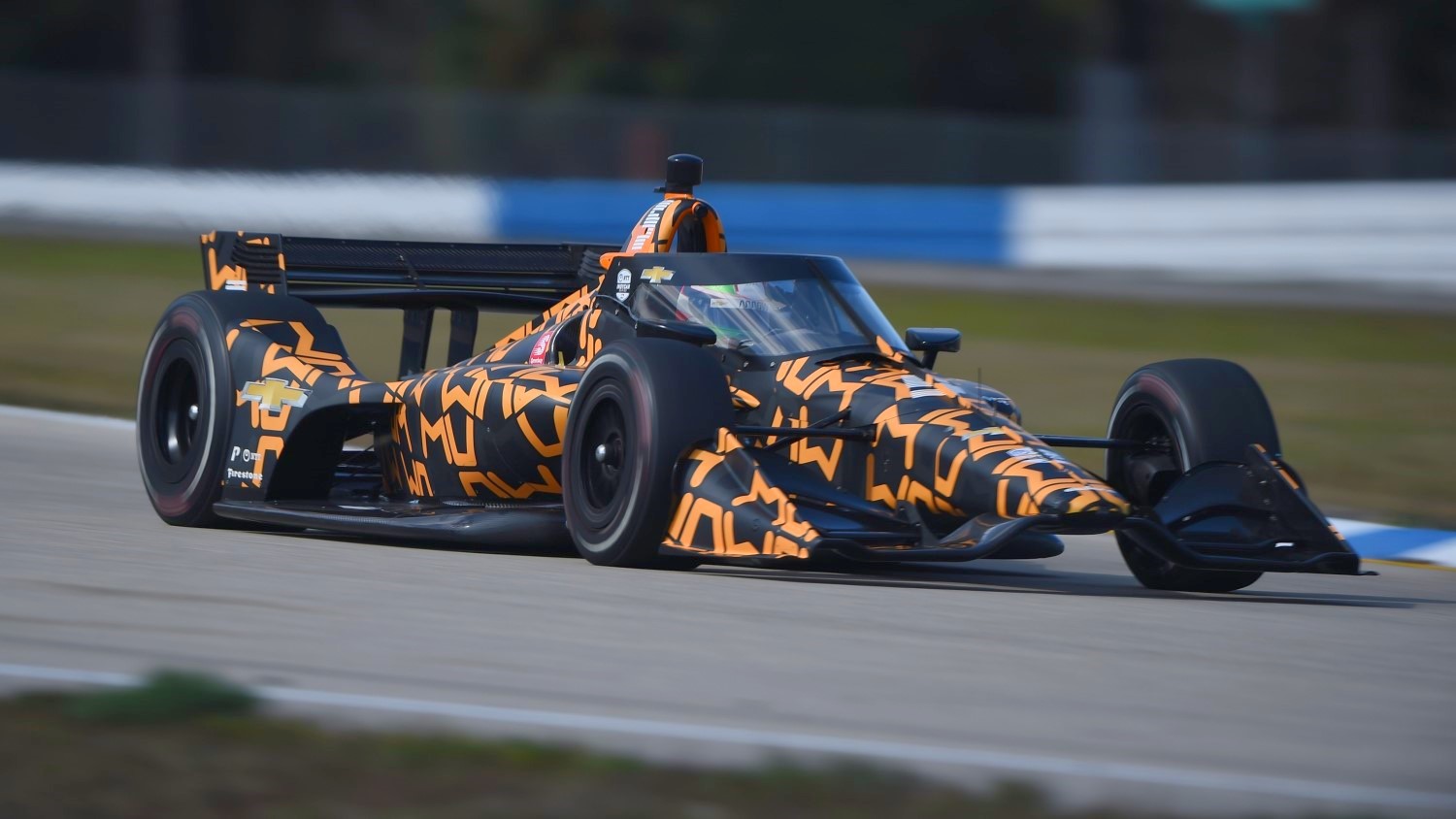 IndyCar teams returned to Sebring Monday for  continued preseason testing.  On-Hand this week, who were not testing two weeks ago, were Team Penske and Arrows McLaren SP.

Under better weather conditions than two weeks ago, the times were faster today.

Arrow McLaren driver Pato O’Ward topped the times on Monday with a lap of 51.791s  in his camouflaged #5 Chevy (shown above), to beat fast man two weeks ago, Alexander Rossi in the #27 Andretti Autosport Honda. Rossi was still on a high after winning the Rolex 24 at Daytona IMSA race on Sunday.

O’Ward and Rossi were the only two drivers in the 51-second bracket.

Third quick was Josef Newgarden in the #2 Penske Chevy at 52.055s and marginally faster than Colton Herta in the #26 Andretti Honda at 52.061s.

Oliver Askew, subbing for James Hinchcliffe, rounded out the top-5 at 52.251s in the #29 Andretti Honda