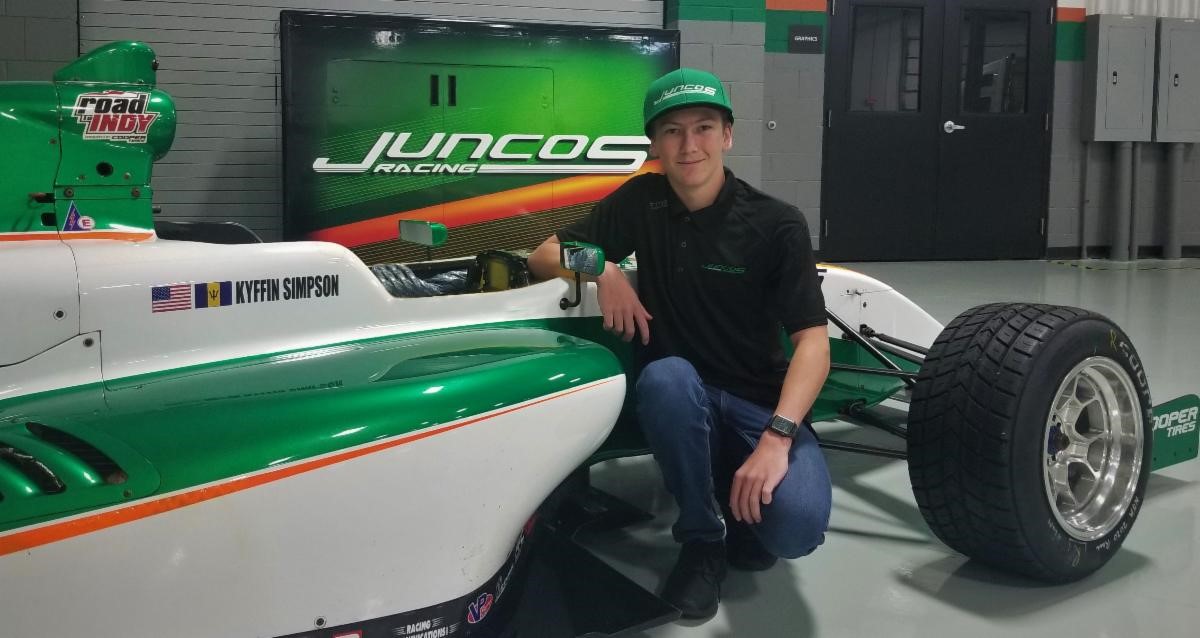 “I am very excited to be working with Juncos Racing,” said Simpson. “The team has so much experience and success in the Road to Indy program, not to mention winning the Indy Pro 2000 title multiple times. Indy Pro 2000 is a great championship and I can’t wait to drive the car in our upcoming tests!”

Simpson will make his official debut in the Indy Pro 2000 Championship this April in the season opener at Barber Motorsports Park. The 16-year-old will also compete on the oval at Lucas Oil Raceway, Road America, Mid-Ohio Sports Car Course, and the streets of Toronto.

Doubling up on race programs for the 2021 season, Simpson joins the Road To Indy Presented by Cooper Tires ladder after confirming a return to the FR Americas Championship, where he earned eight Top 10’s in 2020. Kyffin has also competed in the FIA F4 United States Championship, taking three Top 10’s, and multiple karting divisions including the X30 Junior, ROK Junior and KA100 Junior.

Juncos Racing Team Owner Ricardo Juncos said, “We are thrilled to add Kyffin to Juncos Racing and are ready to begin our work with him this season in the Indy Pro 2000 series. He is young and has great experience, and we look forward to beginning a great relationship and building on his career through our team Driver Development Program. We want to thank Kyffin and his family for the opportunity to have him a part of our family here at Juncos Racing.”

The 2021 Indy Pro 2000 Championship kicks off with Rounds 1 and 2 April 9th – 11th at Barber Motorsports Park located just outside of Birmingham, Alabama.