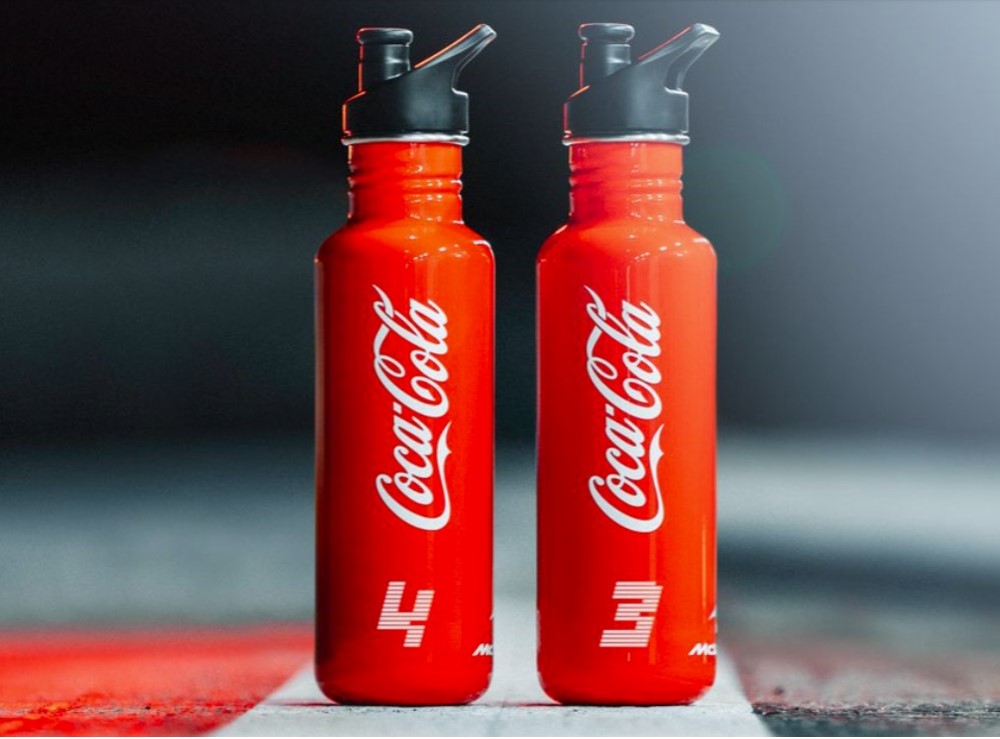 McLaren Racing today announced a partnership extension with The Coca-Cola Company, which will see the iconic beverage brand continue as the Official Soft Drinks Partner of the McLaren Formula 1 team.

Since McLaren and Coca-Cola first partnered in 2018, a range of commercial activations have engaged consumers globally through the McLaren Formula 1 team. Following the success of the ‘Coke Driven to Deliver’ campaign, in collaboration with Coke customer Amazon in 2020, the brands will continue to work together on new campaigns with the new McLaren F1 driver line-up of Lando Norris and Daniel Ricciardo.

As part of the partnership, Coca-Cola will maintain branding on the cockpit side of the McLaren MCL35M Formula 1 race cars and on the beverage bottles of Lando and Daniel.

“Coca-Cola is an iconic brand and one of the biggest consumer brands in the world. We introduced Coca-Cola to Formula 1 three seasons ago. Since then, our collaboration has created innovative campaigns and activations with fans around the world at their centre. We are delighted to extend our partnership in 2021 and continue to support Coca-Cola and its commercial partners in reaching consumers through McLaren and Formula 1.”

“We are excited to be extending our partnership with McLaren into the 2021 season. Since 2018, we’ve executed incredibly impactful global activations, leveraging Amazon’s total ecosystem, and providing direct engagement and exclusive offerings to our consumers around the world. I’m looking forward to continuing this powerful partnership to drive joint value and growth into 2021.”

McLaren Racing and the world-leading business news network, CNBC, today announced a multi-year partnership extension which will see CNBC continue as an official partner of the McLaren Formula 1 team.

The partnership, which started in 2018, combines two brands through a shared passion in innovation and leadership, communicating content and commercial activity across CNBC’s global business network. As part of the new agreement CNBC and McLaren will work closely on several thought leadership and strategic events as part of McLaren’s new B2B engagement programme set to launch later this year.

As part of the partnership, the CNBC brand will feature on the McLaren F1 driver overalls of Lando Norris and Daniel Ricciardo, and on the McLaren MCL35M Formula 1 race cars during 2021 and beyond.

“Since 2018, CNBC has been a valued partner of our team and we have collaborated with real success to reinforce the power of the CNBC and McLaren brands across the global business and investor network. After a successful two years, we are delighted to continue to create and amplify content and commercial activity together globally through their world-class network.”

“We are delighted to see this partnership with McLaren go from strength to strength. This partnership is built on our shared passion for excellence and leading in our respective fields. We’re looking forward to continuing our journey with the team for what’s set to be an extremely exciting season ahead.”