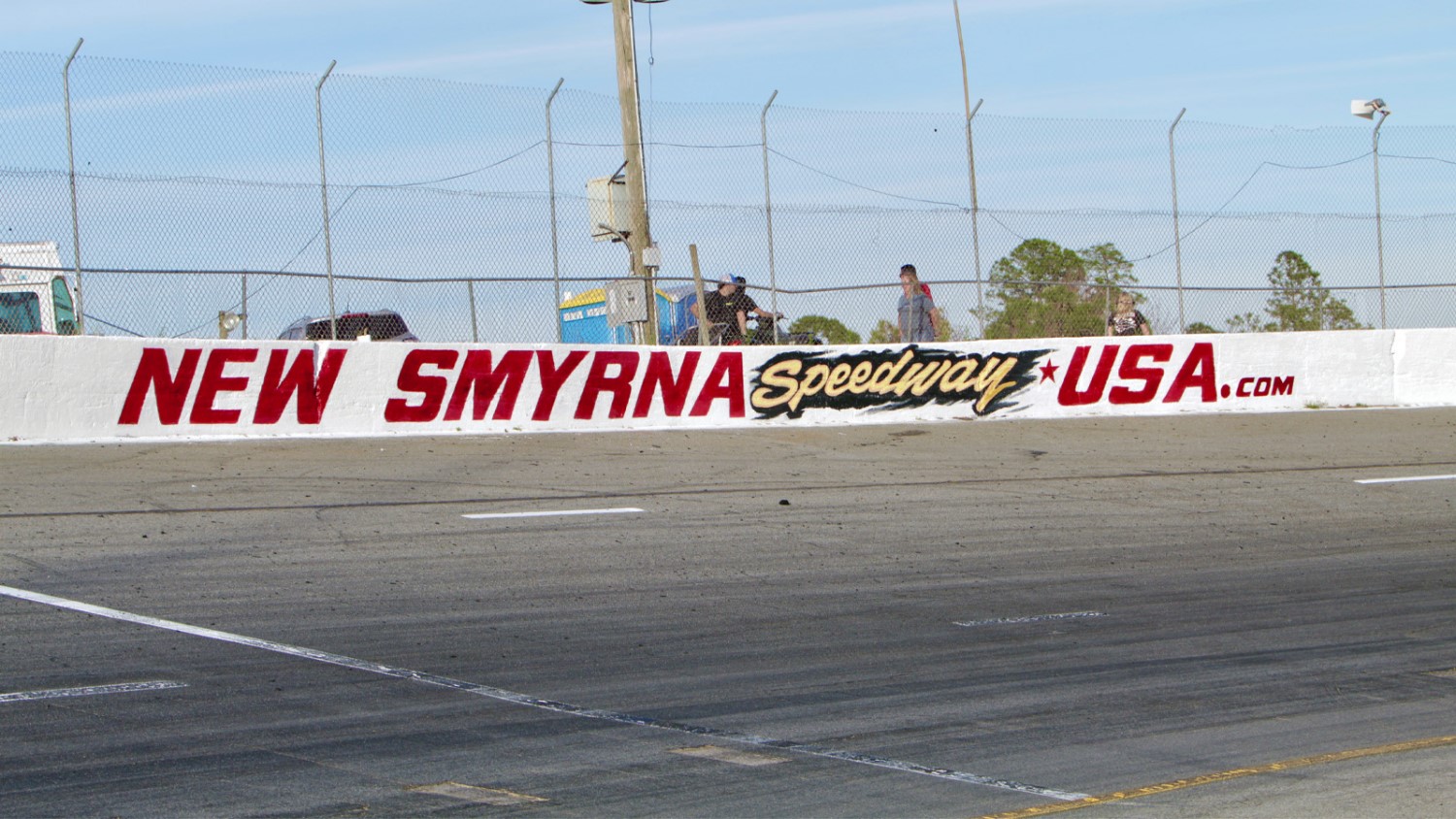 Tech official Rusty Crews died overnight in New Smyrna Beach according an official track source. He had attempted to break up a second post-race fight between two Sportsman division teams after racing concluded before his death, according to multiple sources.

“The death is under investigation pending the results of an autopsy,” Chitwood said. “We spoke to the family and learned that he had a plethora of health issues.”

According to Chitwood, during Saturday’s race, a fight broke out after midnight involving about 50 people.

During that big brawl, Crews reportedly drove a bobcat in between the fighting groups and got off the machine. There were punches thrown, the sheriff said.

Crews then got on the bobcat and appeared to have had a medical episode, Chitwood said.

“We are waiting for the results of the autopsy but right now it looks he died of a heart attack,” Chitwood added. “No one in the melee was injured.”

After the crowd was dispersed and parties separated, witnesses said Crews sat down and began having a medical episode. A witness started performing CPR on Crews before paramedics arrived. Paramedics took over CPR and transported Crews to the hospital, sheriff’s investigators said.

Crews did not appear to have any outward signs of trauma, except for a couple scrapes he had in the elbow, the sheriff said. 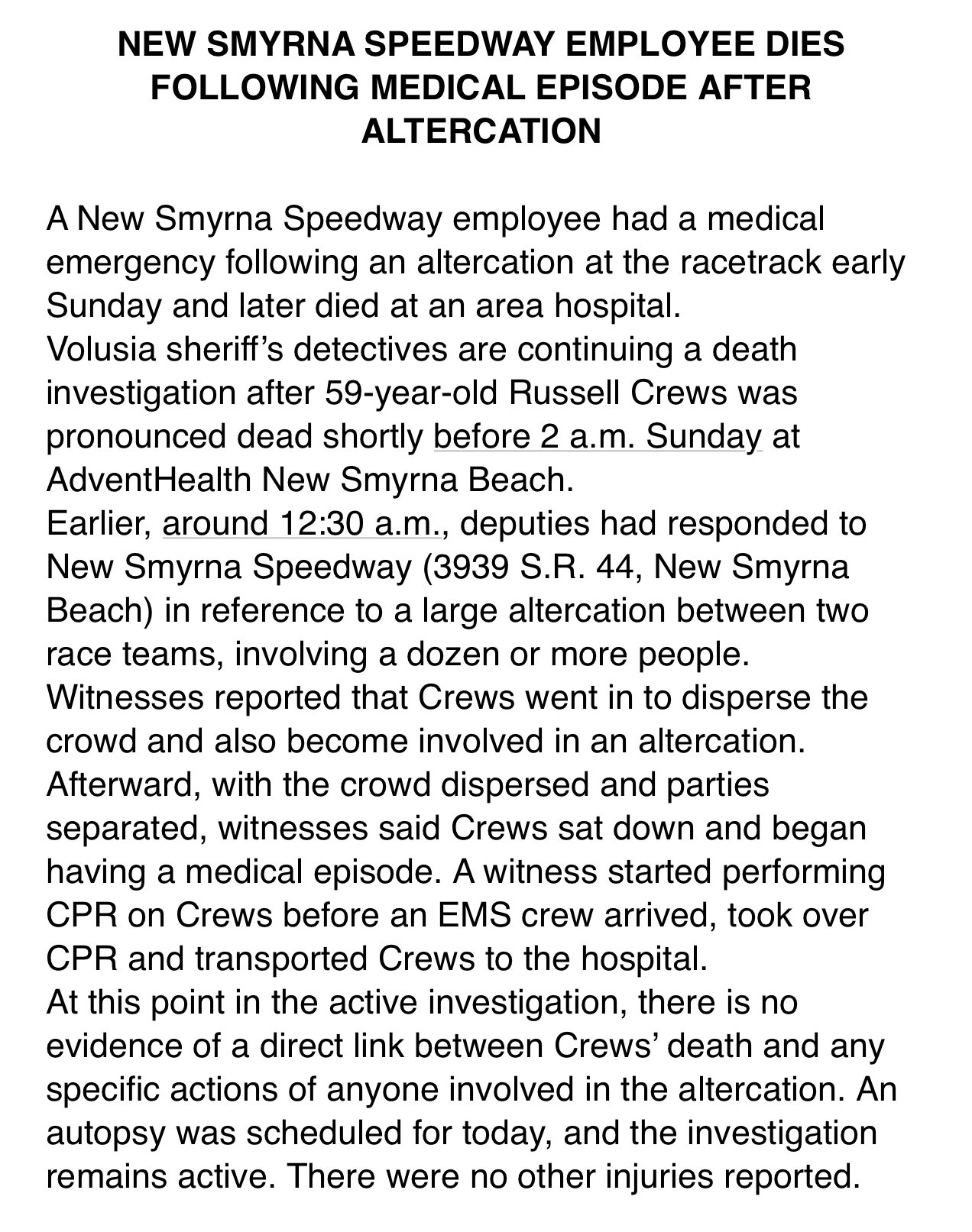