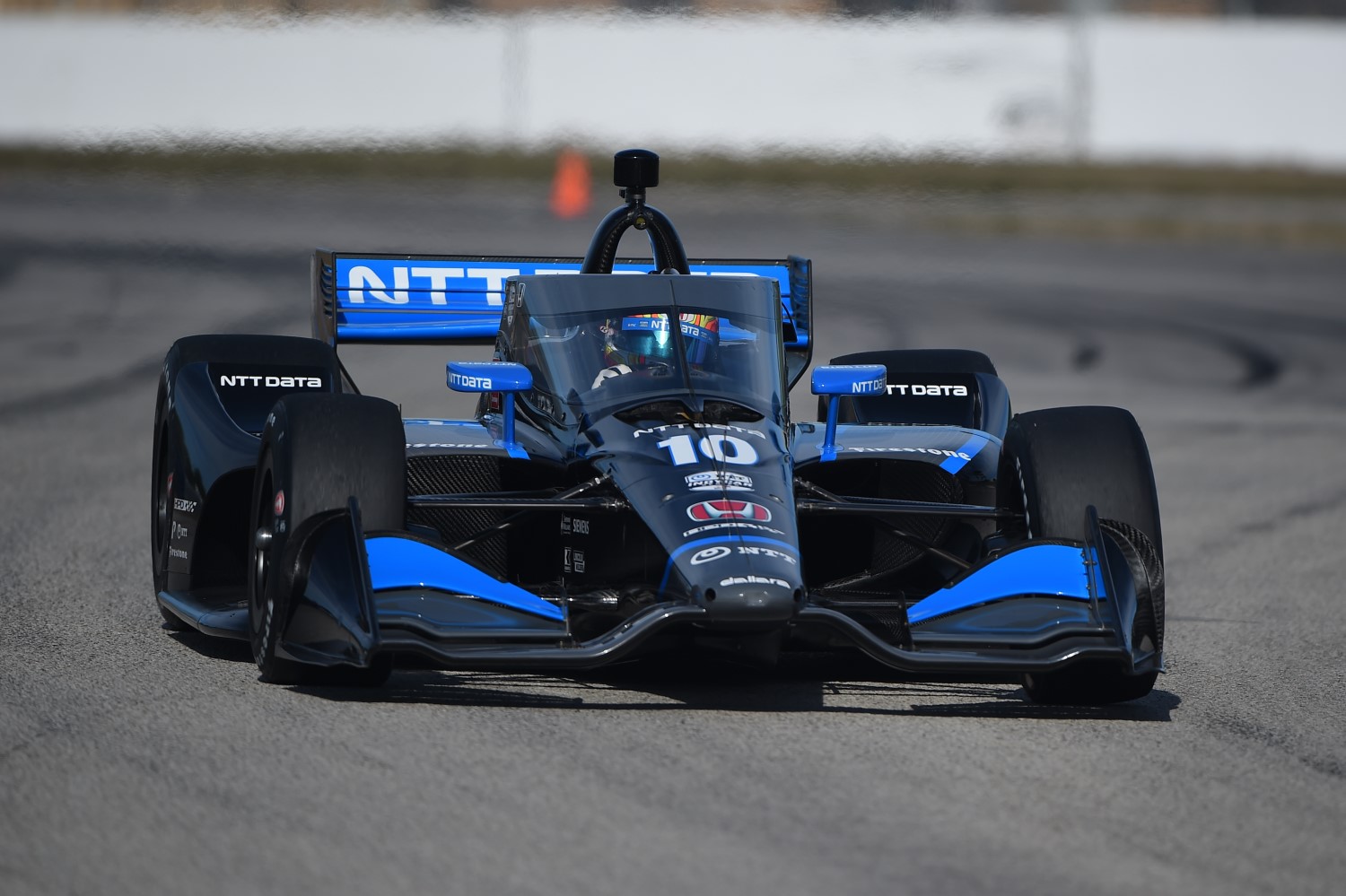 Palou’s lap of 1m11.46s was easily faster than his three other teammates. Marcus Ericsson was 2nd quick in the #8 Husky Chocolate Ganassi Honda, 0.59s behind Palou.

Veteran Scott Dixon was third quick in his #9 PNC Bank Honda 0.68s off the pace.

7-time NASCAR Cup Champion Jimmie Johnson was slowest of the four drivers.  2-seconds off the pace at the lunch break, he was able to close the gap to 1.42s back by the end of the day.

Johnson simply needs more seat time to get used to the faster IndyCars after driving stock cars his entire career. But let’s give the retired NASCAR veteran some credit, rather than hanging up his gloves and spending the rest of his life relaxing and enjoying his millions, Johnson is tackling perhaps the biggest challenge of his career at the ripe old age of 45.

In the tweet below, Johnson admits he’s still not where he needs to be.

What a fun car on such an amazing track. I’ve made some solid gains, but still have a long road ahead. @CarvanaRacing @CGRTeams pic.twitter.com/DXpshZ3RUK