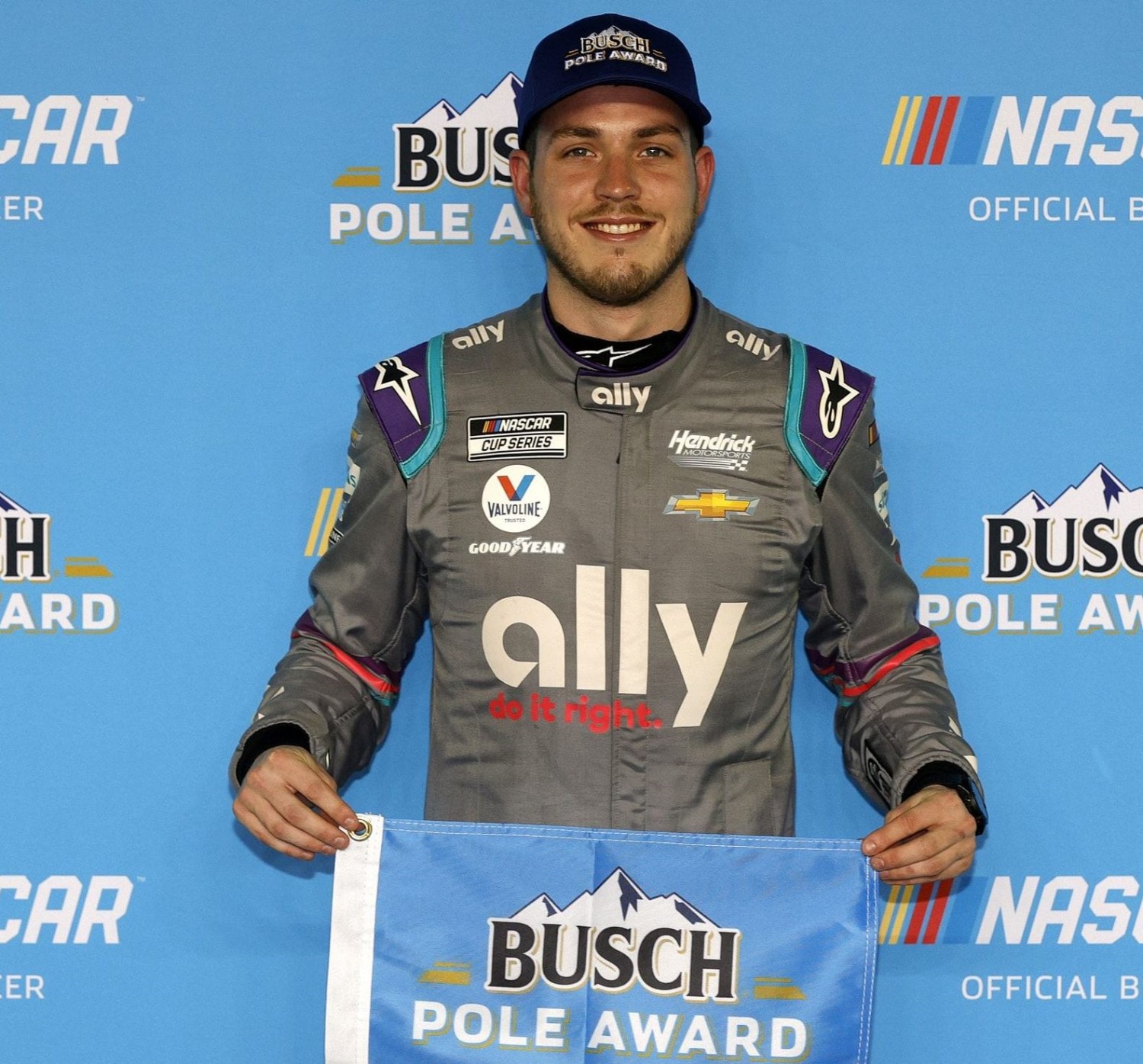 Alex Bowman recorded the fastest lap in Wednesday’s Busch Pole Qualifying at Daytona International Speedway and will lead the NASCAR Cup Series field to the green flag for the upcoming Daytona 500. The No. 48 Hendrick Motorsports Chevrolet turned a lap of 47.056 seconds at 191.261 mph.

Teammate William Byron had the second-best time and will start alongside Bowman in the Daytona 500 in his No. 24 Hendrick Motorsports Chevrolet. His lap was .258 seconds slower at 47.314 seconds and 190.219 mph.

These are the only two NASCAR Cup Series drivers from Charter teams who know their lineup spot for Sunday’s main event. Everyone else’s position will be determined by Thursday’s two Bluegreen Vacations Duels.

Out of the then-seven Open teams trying to qualify without a Charter, Ryan Preece (47.585 seconds, 189.135 mph in the No. 37 JTG Daugherty Racing Chevrolet) and David Ragan (47.74 seconds, 188.561 mph in the No. 36 Front Row Motorsports Ford) were the fastest and locked in Daytona 500 berths. The other six (Gragson, Austin Cindric, Ty Dillon, Kaz Grala, Timmy Hill and Garrett Smithley), will battle it out for the remaining two bids in the Bluegreen Vacation Duels, one apiece. That will then complete the 40-car field already featuring the 36 Charter teams guaranteed entry.

ALEX, FOURTH-STRAIGHT YEAR YOU’VE BEEN ON THE FRONT ROW. THIS IS YOUR SECOND DAYTONA 500 POLE. WHAT DOES IT MEAN TOT YOU? GREG IVES JUST TALKS ABOUT FOCUSING ON THIS NIGHT IN PARTICULAR.

“It doesn’t really have a lot to do with me; it’s a testament to these guys and everybody back at the shop at Hendrick Motorsports. They work so hard on these superspeedway cars. They’re beautiful when they get to the race track. Our Ally Camaro has been really fast since we unloaded, and they focused a lot on trying to get the pole for the Daytona 500. It means a lot to us, and we were able to achieve that.”

“I’m just really proud of everybody; all our partners at Hendrick Motorsports. Thanks to Team Chevy for giving us great racecars. It feels really good. It’s awesome for Ally. I don’t know if they’ve gotten a pole yet. I figured they probably had a pole with Jimmie (Johnson) somewhere, but I don’t know. Man, it’s just awesome to be driving this No. 48 car.”

WAS IT KIND OF WHAT YOU EXPECTED OF YOUR TEAM FOR YOU AND ALEX (BOWMAN) TO BE THIS FAST? IT WASN’T NECESSARILY LIKE THAT IN PRACTICE, BUT YOU GUYS SEEM TO BRING IT WHEN YOU HAVE IT.

“Yeah, I feel like it’s always — Hendrick always gives us great cars to come down here and qualify well and also race well, so you never know which guys are going to have the speed out of the four of us. To see how we approached the weeks leading up to this race and how we were really determined to go out there and start off strong with obviously the Clash last night, finishing fifth was great for us, good solid start, but our goal today was to go out there and try to qualify on the front row.

Qualifying Results (Only Top 2 Locked in)