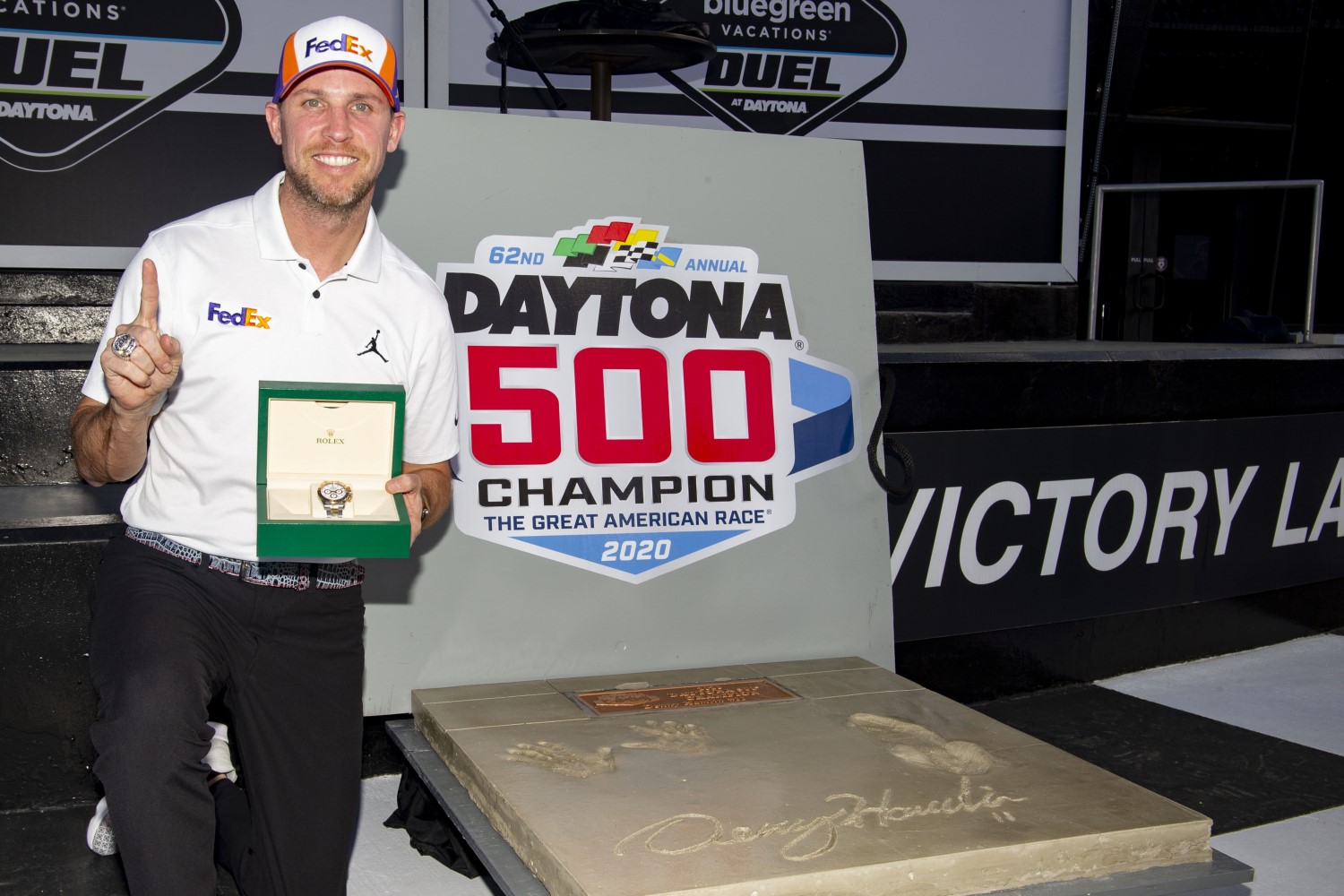 Denny Hamlin finally got the goods from capturing the 2020 DAYTONA 500.

Hamlin, along with crew chief Chris Gabehart and Coy Gibbs, who was representing his Dad, Joe Gibbs, were honored Thursday for their accomplishment a year ago for winning the Great American Race. As a result of several factors from a challenging 2020, the presentation was delayed until Daytona International Speedway President Chip Wile presented the trio with traditional gifts that are annually awarded to the Champion team of the DAYTONA 500.

Each received their customary DAYTONA 500 Champion rings and black leather jackets while Gabehart was awarded the Cannonball Baker Trophy as the Champion crew chief. Hamlin, meanwhile, claimed his third Rolex Oyster Perpetual Cosmograph Daytona watch, and also posed with his concrete “squish” that features his handprints and footprint that will have a permanent place on the Champion’s Sidewalk in front of the track’s Ticket and Tours building.

“It’s great to finally come back and get these incredible gifts, all that are so important to me,” said Hamlin, who will go for a record third consecutive DAYTONA 500 triumph in Sunday’s 63rd Annual event, and fourth overall. “I have all my jackets lined up in my closet so I can see them, and my rings are in a special place also.”

While three are okay, he wants a fourth Rolex, along with another ring and leather jacket. Having another slab of concrete with his handprints as part of track property sounds good, too. The quest starts Sunday.

“I feel optimistic. I like my chances, they’re as good as anybody,” said Hamlin. “I think it’s a skill game at the speedways. Sometimes you may get unlucky and get in a wreck, but ultimately it is a skill game. It is won with the mind. I just want to be there with five to go, and then play the game.”