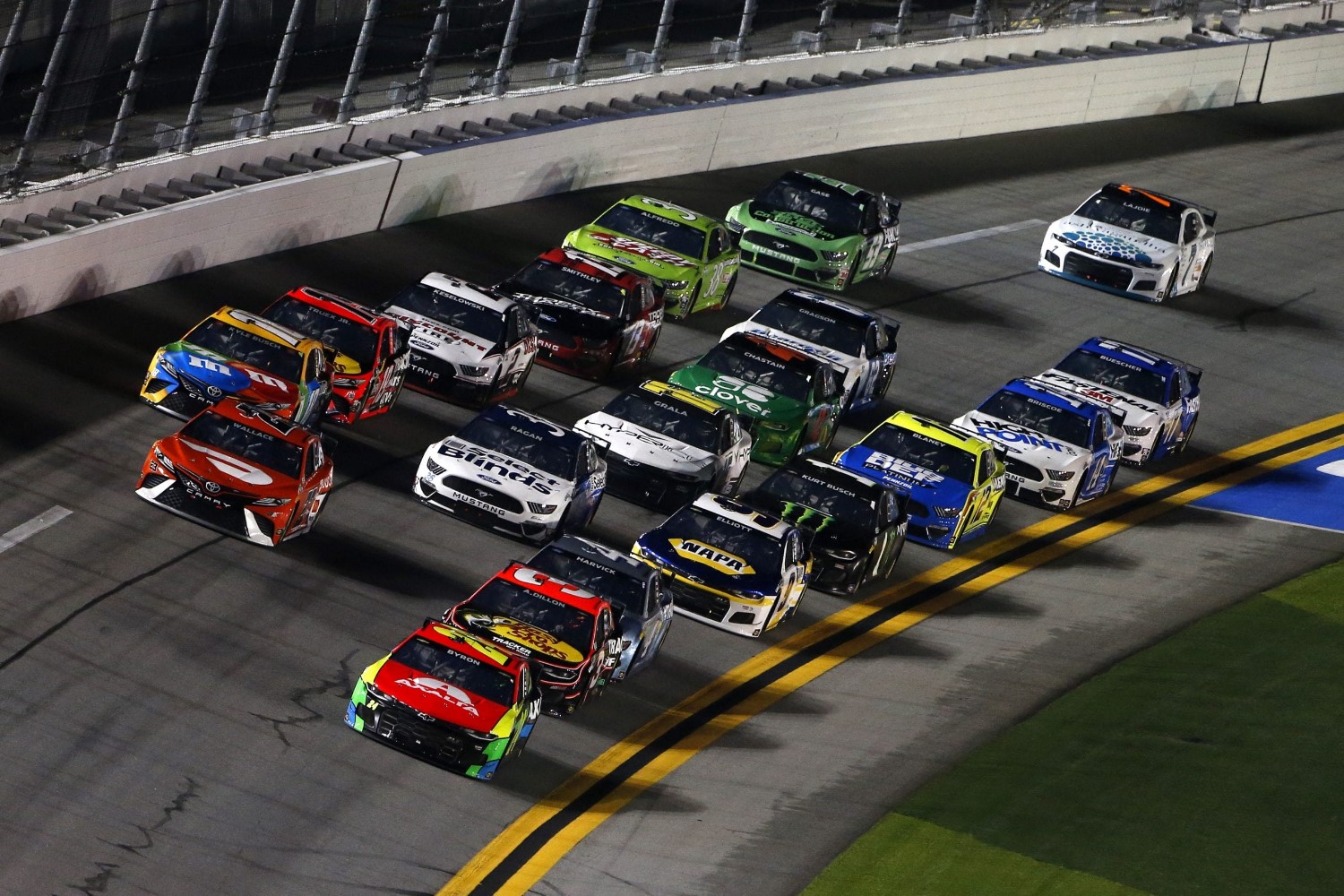 After a big wreck with four laps to go, the Bluegreen Vacations Duel 2 NASCAR Cup race at Daytona was decided with a green-white-checker overtime finish.

Bubba Wallace took the lead from fellow Toyota driver Martin Truex Jr. on the last lap, but the RCR #3 Chevy of Austin Dillon had a run on the Toyotas coming out of Turn 4.

With Dillon coming fast on the high-line, Wallace turned right to block him on the run to the Tri-Oval, but Dillon jerked the wheel left, went to the inside of Wallace and schooled him at the line for the win by 0.057s.

It is the first Daytona qualifying race Dillon has won, and he did it leading the only two laps on the night, lap 33 and then the last lap (63). It was similar to what he did in winning the 2018 Daytona 500 in the famed Richard Childress Racing No. 3 Chevrolet when he led only the last lap – finishing a quarter-second ahead of Wallace then too.

“What a way to capitalize on our Duel and show what our No. 3 Bass Pro Shops Chevrolet Camaro ZL1 1LE can do,” said Dillon.

“I was talking to my spotter, Brandon Benesch, about having the No. 4 car behind us on the final restart since he had been pushing well all night. I knew he had another Ford behind him though, so it was going to be tough. I made a decent block down the backstretch and got a big push after that.

“I knew the No. 23 was going to try to block me as we came to the line but I just whipped the wheel, and it all worked out. It’s going to be a great feeling rolling off Sunday up near the front row, and I’m hopeful we can have a similar result that evening for Bass Pro Shops, Tracker Off Road, Dow, Coca-Cola and all of our partners.”

“A lot of mistakes,” Wallace said after climbing out of his Toyota. “Good debut but nothing to be really happy about for myself. It’s okay for drivers to be hard on themselves, that’s how we motivate ourselves to go out there and be better.

“Hats off to my guys at 23XI for a great DoorDash Toyota Camry. I tried to do all I could to help [Martin] Truex there get Toyota a win. I appreciate Kyle [Busch] for cutting me a lot of breaks.

“I know I have a lot to learn here, but all in all it was a good night. I’ve got some learning to do.”

A five-car accident with four laps of regulation remaining forced the overtime period. Garrett Smithley – who needed to race his way into the Daytona 500 field – made contact with former NASCAR Cup Series champion Brad Keselowski triggering a chain-reaction accident.

Outside pole-sitter William Byron, who led a race best 35 of the 63 laps, was also caught in the melee and his Hendrick Motorsports team will have to use a back-up version of his No. 24 Chevrolet in Sunday’s Daytona 500.

Veteran David Ragan finished eighth – best among the Open cars, needing to earn a position in the DAYTONA 500 field. Kaz Grala finished 14 and took the last open position in the 40-car field.

Recap the Bluegreen Vacations Duel 2 from Daytona as the NASCAR Cup Series sets the lineup for the Daytona 500.