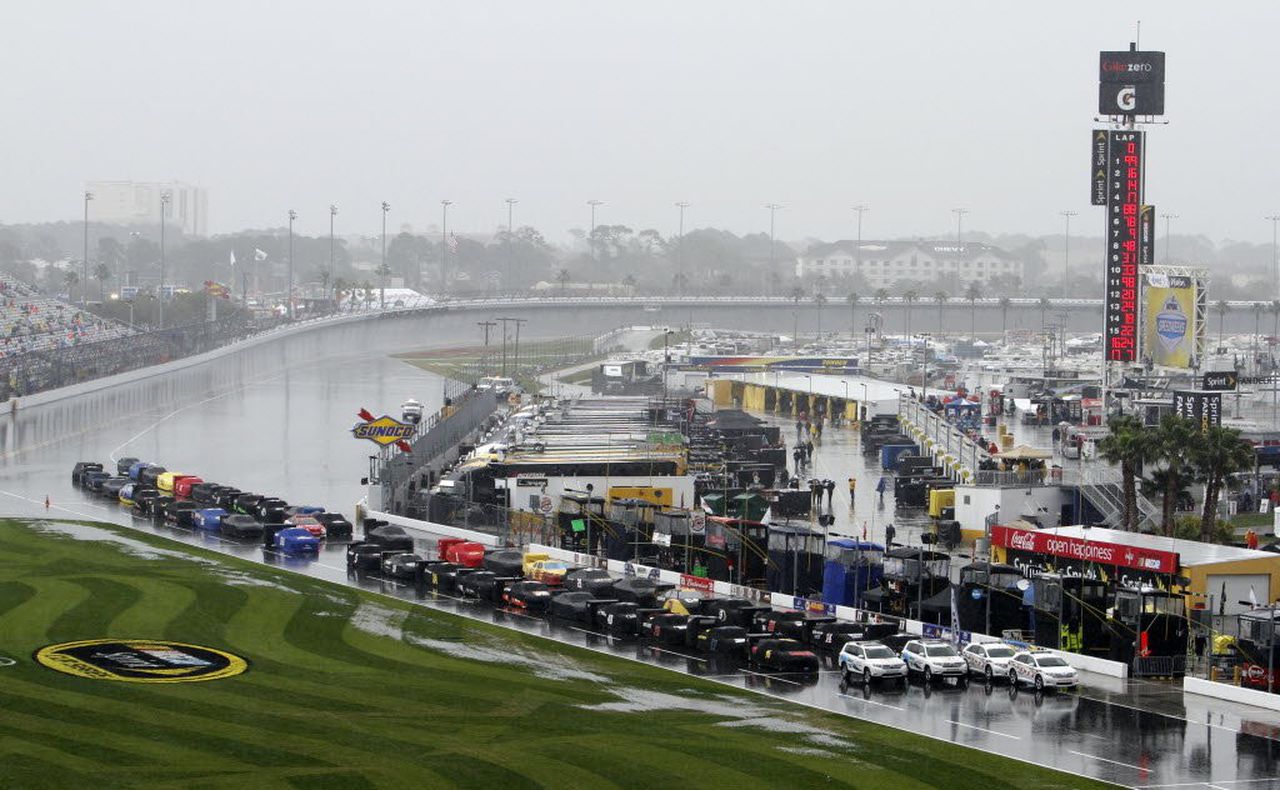 Rain delayed NASCAR’s Cup Duel races at the halfway point Thursday for what is becoming an annual tradition of wet weather at Daytona Speedweeks. Hopefully, that’s the last event to be impacted this week, but the forecast doesn’t look promising. The National Weather Center is predicting a chance of showers through at least next Tuesday.

Showers are likely during the day and so is a thunderstorm (60% chance) in the afternoon, per the National Weather Service and AccuWeather. Mostly cloudy skies are expected, with a high near 78 degrees. Storm cells could pass through later in the evening with the chance of showers dropping to between 30 and 50%, but any rain delays would significantly disrupt NASCAR’s schedule.

The rain isn’t likely to let up Sunday, either. There’s a 70% chance of rain during the day, according to the National Weather Service, and thunderstorms are possible. The chance of rain is between 20% and 30% in the evening. The Daytona 500 is scheduled for 2:30 p.m. on FOX. Last year’s Daytona 500 was rescheduled to the following day due to heavy rain. It took NASCAR about three hours to restart Thursday’s Duels following showers at the track.