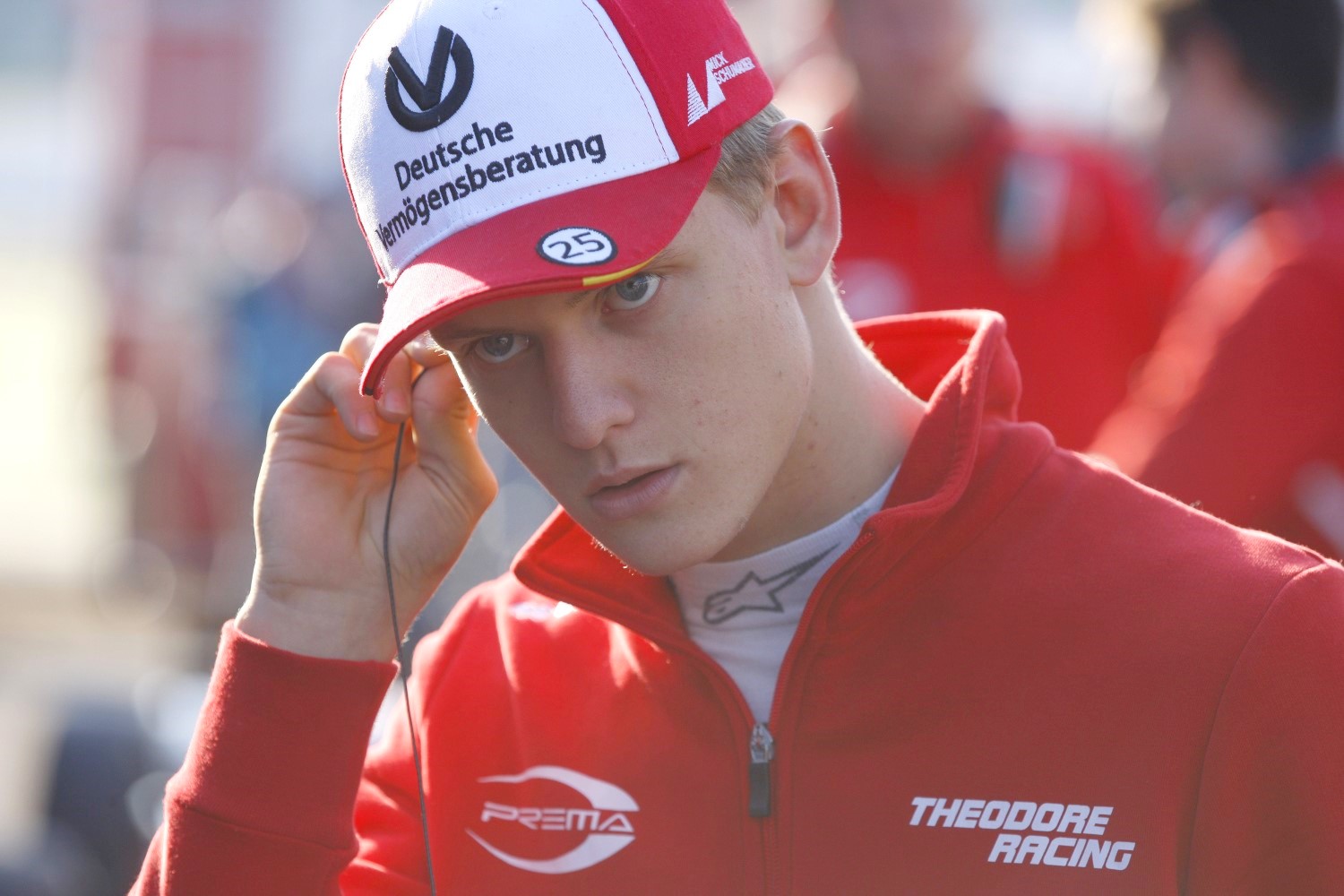 With the Grand Prix of Bahrain on March 28, Formula 1 will start its new season (all races live and exclusively on Sky). Before his debut in the premier class, Mick Schumacher speaks exclusively at Sky Sport about his preparation, his new team Haas, his goals and historical moments of his father Michael.

Sky Sport: Mr. Schumacher, what has happened to you since the season finale and the subsequent tests in Abu Dhabi? How is it going?

Mick Schumacher: Because of the Covid situation, I can’t do very much other than train. My preparation is going well on the physical level and I feel ready too. Unfortunately, I haven’t been able to travel to England and the team yet, which would have happened several times in a normal year. But I hope that there will be a chance to get there in the next few days.

Sky Sport: After the season finale, there was another test in Abu Dhabi, where you had another racing engineer. Is the team that will look after you during the season now?

Schumacher: It’s been there for a few weeks and I’m very happy. I am happy that we have already been able to work with Zoom and that we will continue this work in the next few days. I have not yet had the chance to work with a team on site, as I would otherwise have liked to do. So we have to wait a few more days.

Sky Sport: Of course you already know your team boss Günther Steiner. How was the exchange with him in the past weeks?

Schumacher: Very intense, of course. It is important that we communicate a lot about the start of the season and that all parts come together. That all of the preparation is going as it should. We are always up to date.

Sky Sport: We are always happy to talk to Günter Steiner because he is also very entertaining. What is he like as a guy, as a team boss?

Schumacher: Very nice, but also very direct. That is something that is very positive. I believe that the most direct route is always the easiest and that we are all on the same page and up to date. This is simply the best way to work.

Sky Sport: You have already said it: Because of the corona situation, it is not so easy to prepare for the season. As far as possible tests are concerned, do you have the opportunity to do something on the simulator, for example? Haas doesn’t have a simulator. Is that possible at Ferrari, where you’ve been on the road for the past few weeks?

Schumacher: Even then it is difficult for us to get into Italy. But of course it’s a lot easier than in England. Yes, there are a few tests to be done, but the simulator there is used a lot by the Ferrari drivers. I basically get the remaining days. Still, any preparation I can get is good for me.

Sky Sport: What are your expectations for the start of the season in Bahrain, where it may then take place?

Schumacher: We’ll have to wait a bit to see what the races say. I think when the first three or four races are over that we will have a pretty good overview of the whole situation and that we have to improve. Then I will probably be able to answer the question better.

Sky Sport: What are your personal goals?

Schumacher: That I see a big improvement from the beginning of the year to the end of the year.

Sky Sport: What do you think will be the biggest change from Formula 2 to Formula 1?

Schumacher: I think the race distances are just completely different. Also how you have to behave in the races, all communication with the team is different, but it will be very exciting. I’m looking forward to it. It’s something new that you have to get used to, and then you can see how quickly you learn. And I think I’m pretty good at getting used to new things quickly. But we still have to work hard on ourselves.

Sky Sport: If we look at the rule changes, with the reduced contact pressure, is it maybe even easier when you come out of Formula 2 compared to the Formula 1 drivers who have to change a little bit now? Is that an advantage for you?

Schumacher: I don’t think it’s as big an advantage as if the tires were new. We saw it extremely in Formula 2 that as soon as the new tires were there, even rookies could drive fast and the people who had driven in the championship for five years had a hard time understanding the tire. So it will be important to get used to the car as quickly as possible so that I can give the team good feedback so that we can grow together and be faster.

Sky Sport: What do you look forward to most when the season kicks off?

Schumacher: On the drive. The cars in Formula 1 are so fast and feel so good on the track. It’s something I’ve always wanted to experience. In Abu Dhabi I already got a first taste. Driving these high-speed cars is great fun. I haven’t been in a car for a long time and I’m happy that I can now work with a team and then do my laps.

Sky Sport: is there one race you are most looking forward to, as far as the track is concerned?

Schumacher: Suzuka is one of the tracks that I don’t know yet, but which I have already driven in the simulator and which is a lot of fun. But of course we’re also very excited about the track in Spa.

Sky Sport: What makes fun special for you?

Schumacher: I’m looking forward to the whole season. But Spa stands out. It’s a nice story: It was 30 years ago when my father drove there for the first time in Formula 1.

Schumacher : If you look back on all the races, my father’s first world championship title with Ferrari is definitely a goose bump moment for me when I look at it.

Sky Sport: Do you have a special moment that sticks in your mind?

Schumacher: I was there in Budapest in 2010, it was the first time and I was close to it and also in the meetings. I was there in 2017 or 2018 in Hockenheim, which of course was very exciting for me.

Sky Sport: With all the hustle and bustle that is around you, it is noticeable that despite your young age you are always very, very calm, very much in balance. Is there anything you are working on on this? Do you meditate, for example, or is this calm in your nature?

Schumacher: Over time, I got used to not having to stress myself unnecessarily. And of course I have a strong team around me, which always gives me the support and the opportunity to relax and to concentrate, so that I can perform well on the race weekend.

Sky Sport: who will be world champions next year?

Schumacher: Because I am now driving myself, I would say “I”, but of course that is quite ambitious (laughs). In the end, I focus on myself and try to do the best I can.

The interview was conducted by Peter Hardenacke