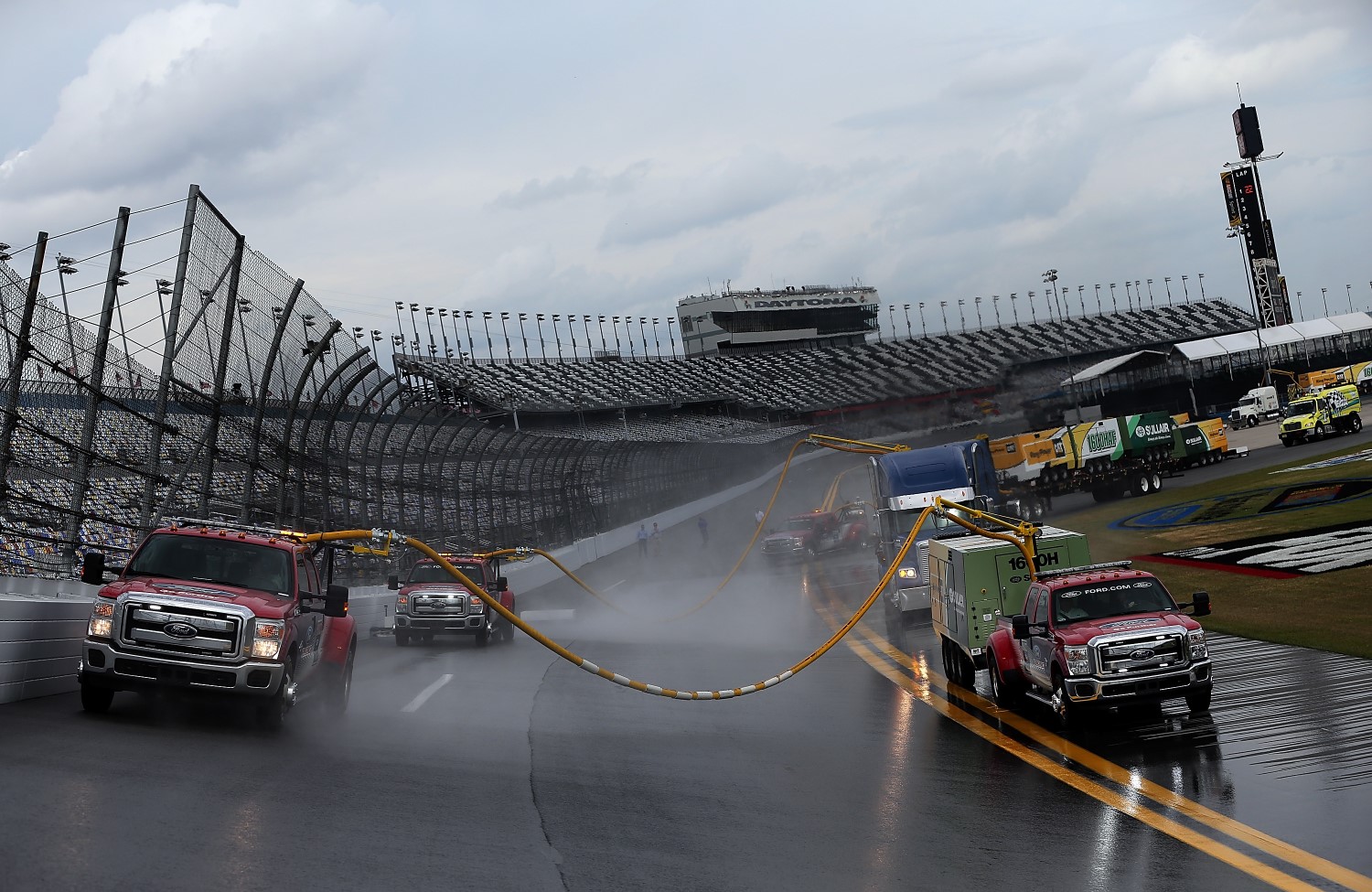 NASCAR had two practice sessions scheduled for Saturday, one in the morning and the other in the afternoon. Heavy rain soaked the track early, thus pushing back the ARCA series opener and the Xfinity Series opener. Both of those races got off before the rain hit again.

Former Cup Series champions Brad Keselowski and Martin Truex Jr. as well as front-row qualifier William Byron are among those forced into backup cars because of issues in the duels Thursday night. Erik Jones, Chase Briscoe, Kaz Grala, Anthony Alfredo, Cole Custer and Ross Chastain also switched cars and will have to start Sunday’s race from the back of the 40-car field along with Keselowski, Truex and Byron.