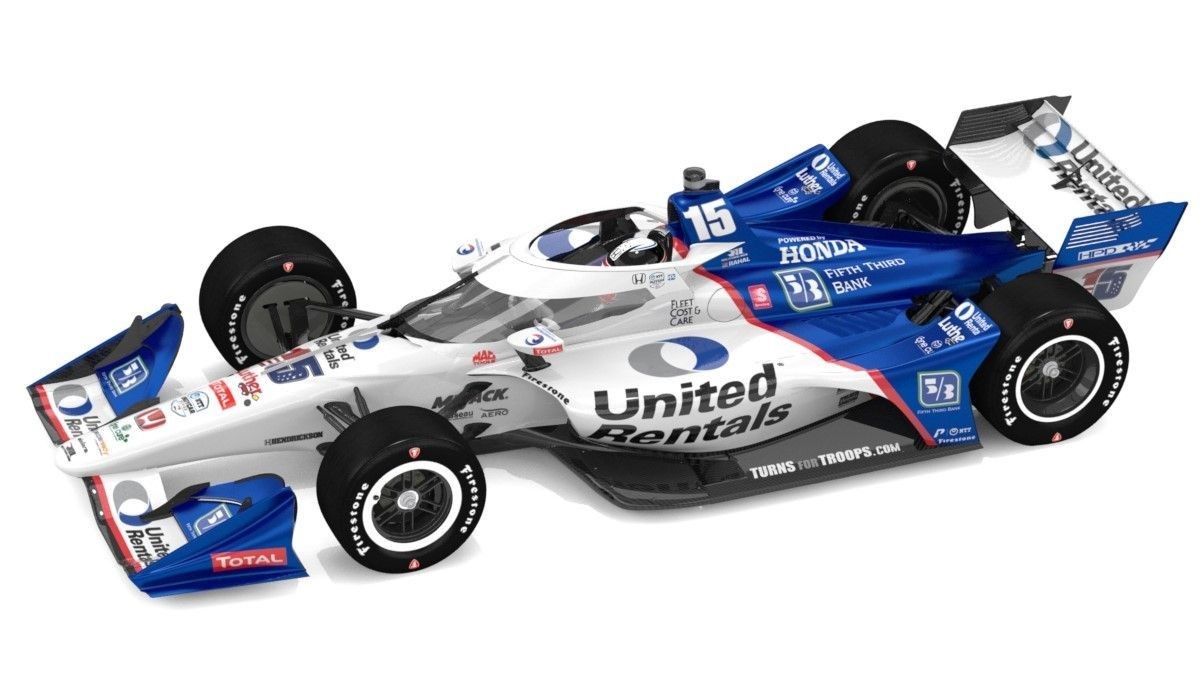 Rahal Letterman Lanigan Racing (RLL) announced today that as part of the team’s 30th season of competition in 2021, they will run liveries reminiscent of a past fan favorite that founder and team co-owner Bobby Rahal competed in for “Rahal’s Last Ride” in his final season of Indy car competition in 1998.  United Rentals Inc., the largest equipment rental company in the world, who last year entered into a new multi-year agreement with the team for the NTT INDYCAR SERIES, has unveiled the livery that will run in five of their six races as primary sponsor in 2021.

The partnership between RLL and United Rentals began in 2016, was expanded in 2017 and 2018 and extended in 2020. For 2021, United Rentals will be Rahal’s primary sponsor for the 105th running of the Indianapolis 500 on May 30, as well as the Firestone Grand Prix of St. Petersburg on April 25, race two of the Detroit Grand Prix doubleheader on June 13, Honda Indy Toronto on July 11, the inaugural Music City Grand Prix in Nashville on August 8, and the Firestone Grand Prix of Monterey on September 19. A special livery for the Indy 500 will be unveiled at a later date.

“United Rentals is a forward-thinking company and motorsports provides a unique opportunity to work together to help increase sales through business-to-business opportunities,” said Mike Lanigan, co-owner of Rahal Letterman Lanigan Racing with 1986 Indy 500 winner Bobby Rahal and former late night talk show host David Letterman. “In addition to our focus to bring business opportunities and success on track, we look forward to continuing to work together to make the lives of our veterans better through the United Rentals Turns for Troops program with Soldier Strong. That brings us a great amount of pride.”

Since 2016, the team has partnered with United Rentals on the popular Turns for Troops program that generates a donation from United Rentals to SoldierStrong for each racing lap Rahal completes.  The program reached the $100k donation mark in its first year in 2016 and has continued to grow since then. On track donation totals were bolstered with additional support from the Graham and Courtney Rahal Foundation golf tournament from 2018-2020.

“We truly value our relationship with Rahal Letterman Lanigan Racing and Graham,” said Dale Asplund, Chief Operating Officer at United Rentals. “Our partnership showcases how safety, innovation and performance are hallmarks of both United Rentals and RLL.  With a shared focus on service, we have jointly raised over $1 million for Turns for Troops, and we look forward to continuing to support military service members and veterans.”