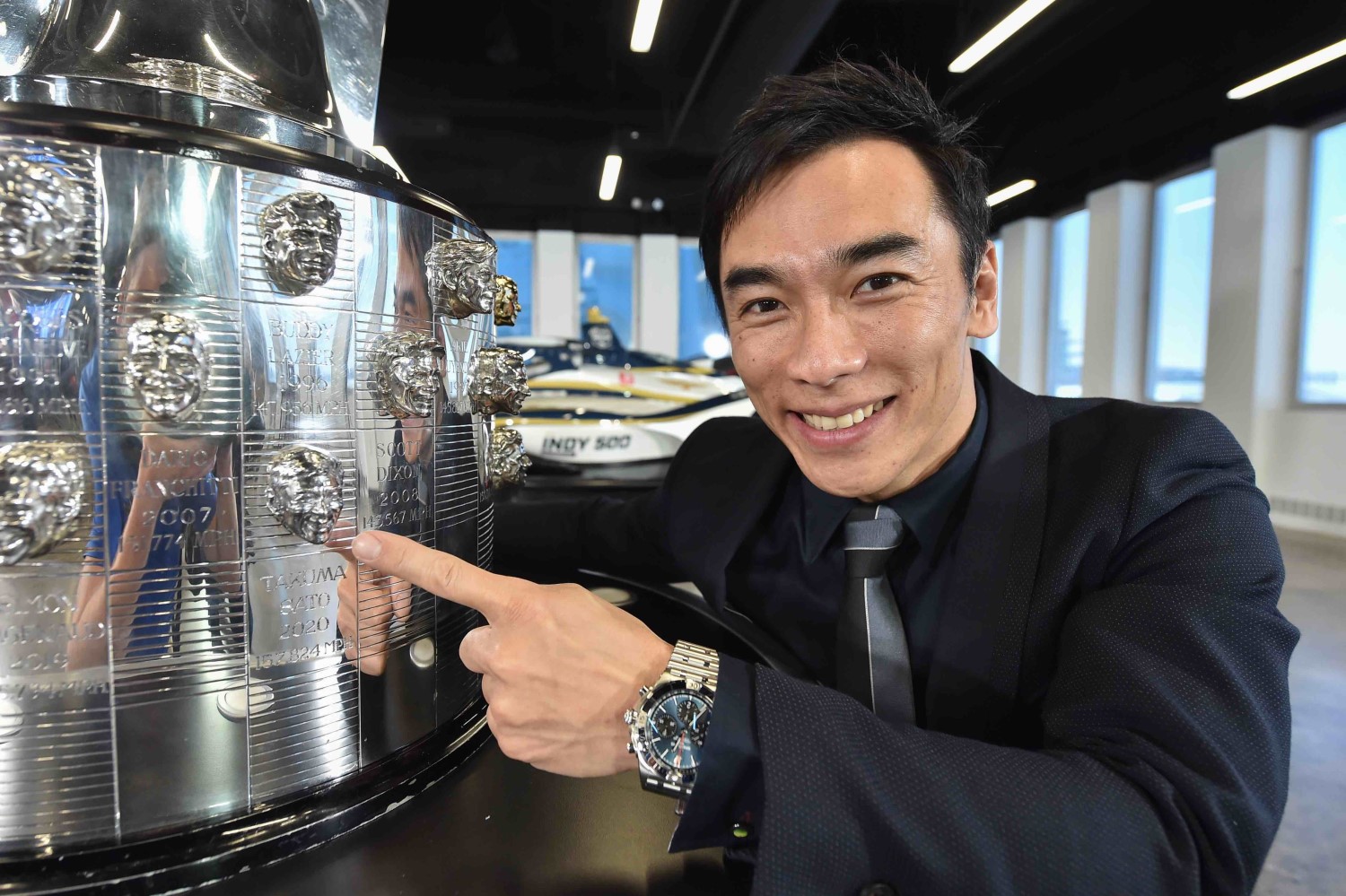 2020 Indianapolis 500 presented by Gainbridge winner Takuma Sato joined an elite club of drivers to have their image on the Borg-Warner Trophy at least twice, unveiling his likeness Friday, Feb. 19 during an online show at the Indianapolis Motor Speedway Museum.

Sato, from Tokyo, became the first Japanese driver to win “The Greatest Spectacle in Racing” in 2017 and repeated the feat last August while driving for Rahal Letterman Lanigan Racing. He is one of just 20 drivers to win the race at least twice in its 104 editions.

The Borg-Warner Trophy Unveiling Special was a highlight of 100 Days festivities Friday, as Race Day for the 105th Indianapolis 500 is Sunday, May 30 – exactly 100 days from today. Joining Sato in person in the ceremony were team co-owners Bobby Rahal and Mike Lanigan, BorgWarner Global Director of Marketing and Public Relations Michelle Collins and IMS President J. Douglas Boles.

Sato’s image was created once again by sculptor William Behrends, who has crafted the sterling silver, bas relief images of all winners for the trophy since 1990.

“I am thrilled to once again have my face become a permanent fixture on the Borg-Warner Trophy,” Sato said. “William’s work is extraordinary, and it is amazing how much detail he can fit into the sterling silver sculptures. The effort he puts into making each individual winners’ personality and character is quite special, and it was an honor to experience this thorough and remarkable process once again.”

Commissioned in 1935, the sterling silver trophy stands more than 5 feet, 4 inches tall and weighs approximately 110 pounds, honoring every winner since 1911 with their sculpted faces affixed to the iconic trophy.

Through a multi-phase process, Behrends begins creating the likeness of the drivers based on a series of 360-degree photos. He then invites the winning driver, in this case Sato, for an in-person session to produce a full-scale clay model of his face.

The life-size clay image is used as a reference when Behrends works on the smaller model, which is created out of a mixture of oil-based clays. The clay model is eventually turned into a mold and then cast in wax, which is sent out to a jeweler to be transformed into sterling silver. Behrends ends his process by polishing and buffing the image before attaching it to the Borg-Warner Trophy.

“The Borg-Warner Trophy is a revered tradition of the motorsport community, and BorgWarner is pleased to carry on its incredible legacy,” said Frédéric Lissalde, president and CEO, BorgWarner Inc. “It is our honor to be a part of the unveiling of this year’s trophy, even more so following a tumultuous year that has taught us much about perseverance. Takuma’s hard work and dedication to his sport is outstanding, and on behalf of all of BorgWarner, we extend our congratulations to him for his second badge of honor on this trophy that represents the pinnacle of performance for open-wheel racing.”