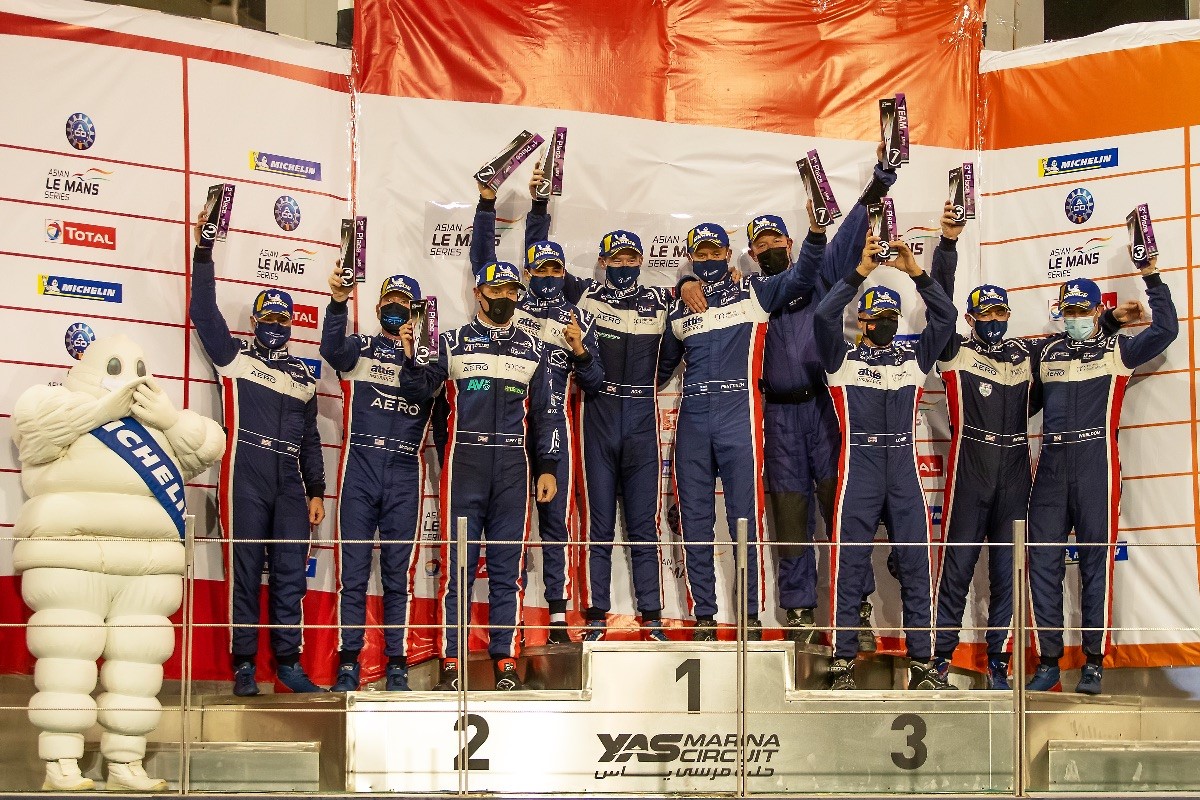 United Autosports have won the 2021 Asian Le Mans Series LMP3 Championship after the #23 crew of Wayne Boyd, Manuel Maldonado and Rory Penttinen won the final race of the series in Abu Dhabi.

The #23 crew of Wayne Boyd, Manuel Maldonado and Rory Penttinen won the race from second on the grid, marking their third visit to the top step of the podium in the championship, after a disappointing DNF in yesterday’s race.

Completing their 1-2-3 podium lockout was the #2 crew of Ian Loggie, Andy Meyrick and Rob Wheldon, who crossed the line third in today’s race after a DNF yesterday. The trio also finished fourth in the championship standings at the end of the four race series.

The next race for the team is the IMSA WeatherTech SportsCar Championship Mobil 1 12 Hours of Sebring, held on 18-20 March.

“What a result today with the 1-2-3, the championship win and a championship second place. A great way to start the year following on from our awesome season in 2020. Very proud of the whole team today after a tough couple of weeks for them all. They certainly deserve this.”

“Winning the Asian Le Mans Series has rounded off an incredible 12 months for the team. I am super proud of all the drivers and all the team, including those who have been following back home. To finish the final race with a podium lockout is a testament of the professionalism of all involved.”