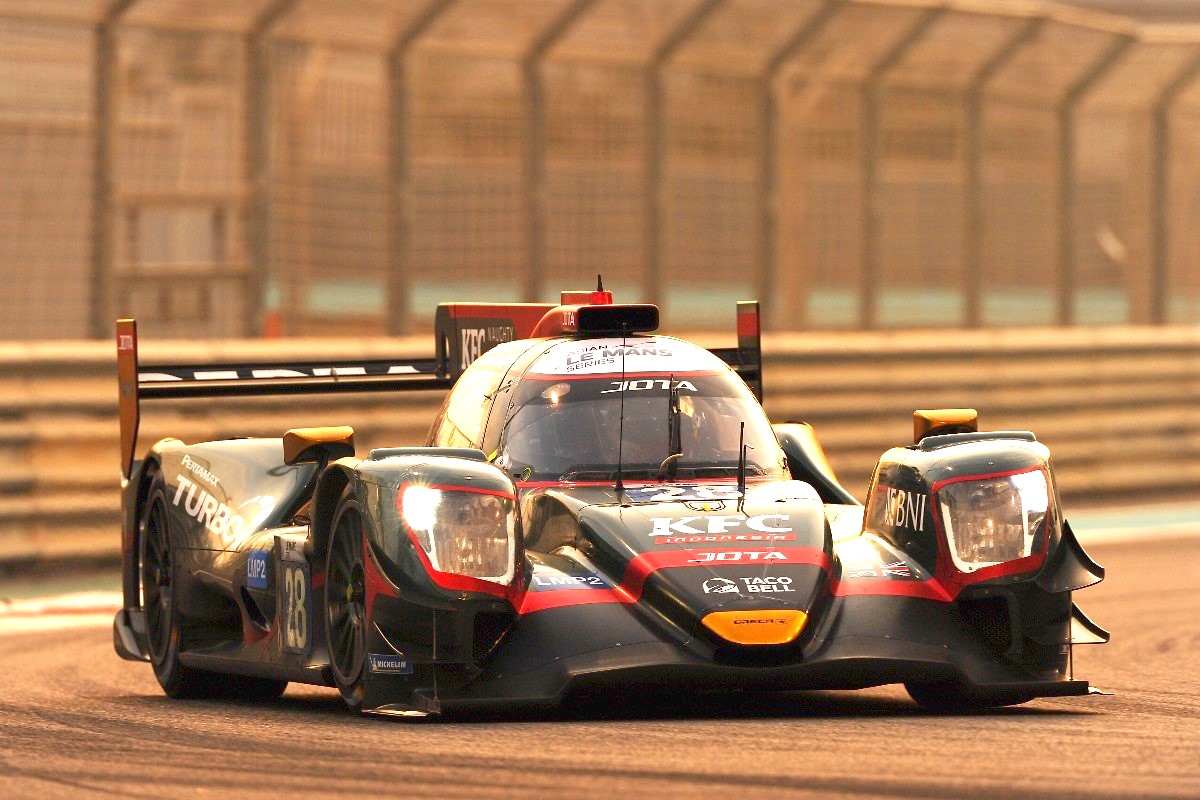 Sean Gelael and Tom Blomqvist have won the final race of the 2021 Asian Le Mans Series to make it back-to-back victories in the #28 JOTA Oreca 07 Gibson.
A clean start saw the #25 and #26 G-Drive Racing Aurus 01 Gibson lead the field, before Race 3 winner #28 JOTA moved up the grid after an overtake on #64 Racing Team India Oreca 07 Gibson.

The #15 RLR M Sport Ligier JS P320 Nissan of Maxwell Hanratty, Malthe Jakobsen and Bashar Mardini led at the start, but retired in the third hour with a broken exhaust.  Bad luck also hit Jean Glorieux Laurents Hörr in the #63 DKR Engineering Duqueine M30-D08 Nissan after they led the class but dropped back to sixth after a number of drive through penalties.

Incidents galore in the GT Class from the moment the lights went green. #40 GPX Racing Porsche 911 GT3 R was in pits to replace the left door after early contact, and a safety car was called to collect the #60 Formula Racing after an incident with GT Am #27 Kessel Racing Ferrari 488 GT3. An accident between the AF Corse Ferrari 488 GT3 pair of #54 and #51 brought the safety car out once again, for an extended period.

Drama also filled GT Am when overall class winner #66 Rinaldi had an incident early in the race and saw them retire. The #35 Walkenhorst Motorsport BMW M6 GT3 of Henry Walkenhorst, Jorg Breuer and Sami Matti Trogen took line honors for the final race of the season from Giorgio Roda, Francesco Zollo and Tim Kohmann in #27 Kessel Racing Ferrari 488 GT3

This was the final race of the 2021 Asian Le Mans Series and saw the Champions crowned!