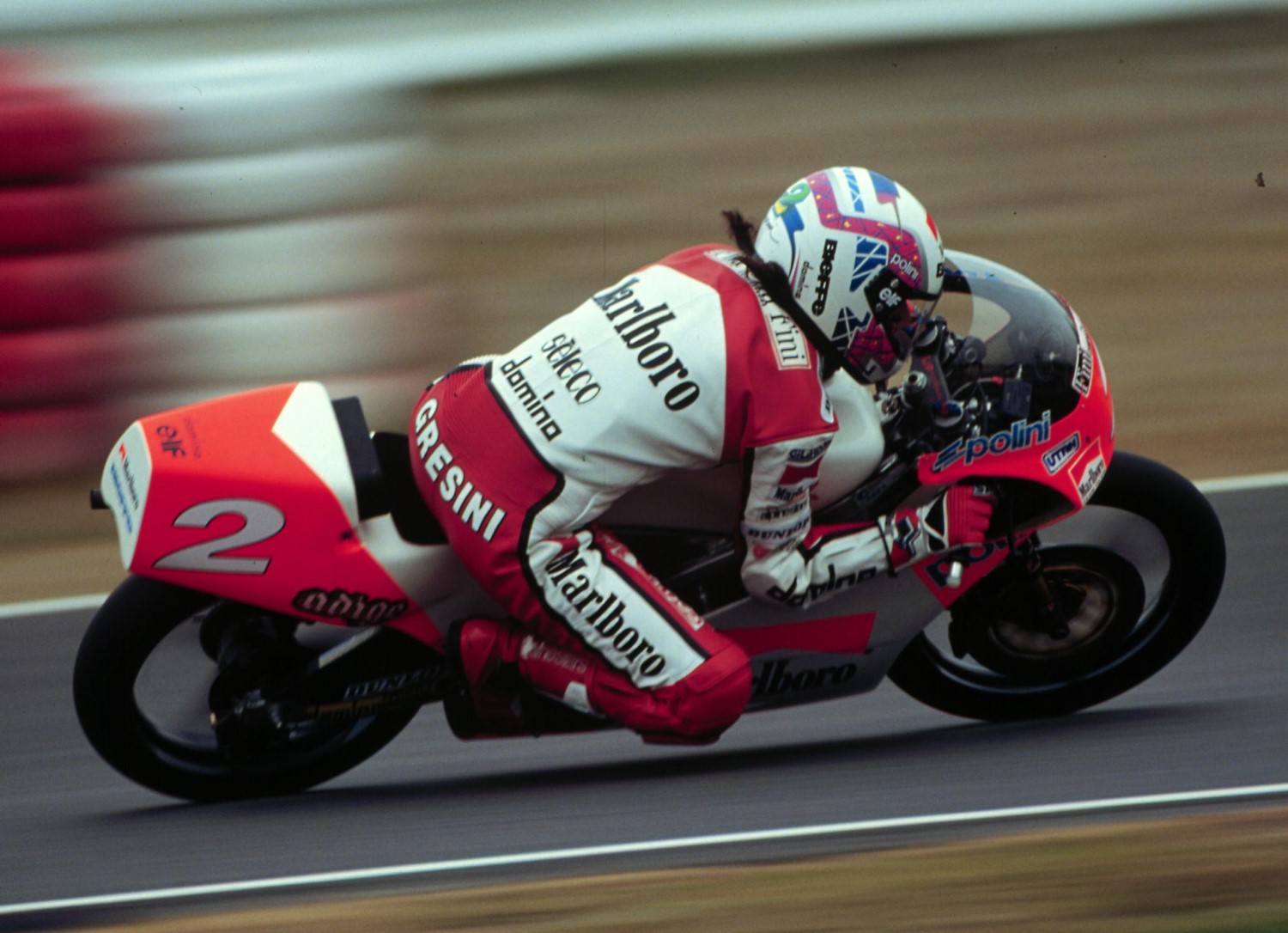 HRC are deeply saddened to hear of the passing of Fausto Gresini at 60 years old, a man who achieved great heights as a rider and as a team owner.

Hailing from Imola, Italy, Fausto Gresini made his World Championship debut in 1983 in the 125cc class, where he would race his entire career as a lightweight specialist. Taking the World Championship in 1985 and 1987, Gresini would join Honda in 1990 until his retirement from racing in 1994. During this time, he claimed three wins and twice finished as World Championship runner-up.

Just a few years later Fausto Gresini would return to the paddock as a satellite Honda team owner in the premier class with Alex Barros. His team would expand in the coming years to compete in both the 500cc and 250cc classes, achieving a first World Championship as a team owner in 2001 with Daijiro Kato on the Honda NSR250. Successes would continue, from 2003 to 2005 a Gresini Honda rider finished as the MotoGP World Championship runner-up, twice with Sete Gibernau and then with Marco Melandri.

In recent years, Gresini’s Moto3 effort has been able to challenge consistently for the World Championship and in 2018 Jorge Martin took the Honda NSF250RW to the top of the standings.

HRC would like to thank Fausto for his years of collaboration as a rider, a team owner, a partner and as a competitor.

One thought on “Honda comments on the death of Gresini”