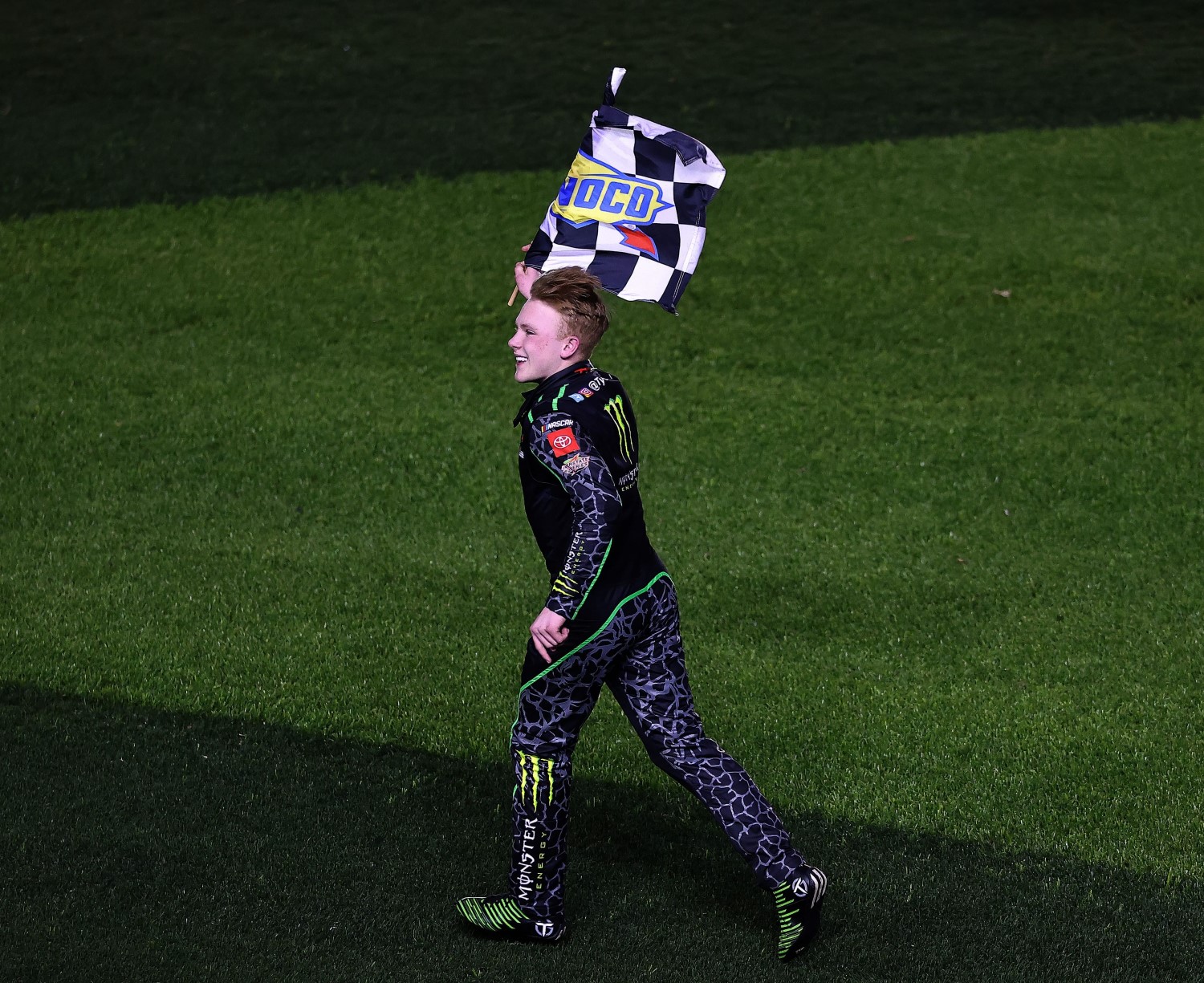 Gibbs, who will be competing for a championship and running the full ARCA Menards Series schedule this season in the No. 18 Toyota Camry, is currently scheduled to run an additional 14 races in the NASCAR Xfinity Series after winning his debut this past weekend behind the wheel of the No. 54 Toyota Supra.

Gibbs became the second-youngest driver ever to win in the NASCAR Xfinity Series with his victory in the Super Star Batteries 188 on the Daytona Road Course this past Saturday. Only Joey Logano was younger.

The win in Daytona also placed Gibbs on an impressive list of drivers to win in their Xfinity Series debut. He is one of six drivers in NASCAR history to accomplish that feat, joining Dale Earnhardt (1982), Joe Ruttman (1982), Ricky Rudd (1983), Terry Labonte (1985), and Kurt Busch (2006). Gibbs is the first, however, to win their Xfinity Series debut without first making a start in the NASCAR Cup Series.

In addition to his victory on the Daytona Road Course, Gibbs is scheduled to carry Monster Energy on board his Toyota Supra for races at Road America, Watkins Glen International, Charlotte Motor Speedway ROVAL, and Kansas Speedway. As it was previously announced, PristineAuction.com will sponsor Gibbs in both his Xfinity Series and ARCA Menards Series races at Phoenix Raceway in March.

Below is Gibbs’ full remaining NASCAR Xfinity Series for 2021:

“Winning this past weekend in Daytona was really a dream come true for me,” said Gibbs. “I can’t wait to get back behind the wheel again. I know I still have a lot to learn, but I have great teams behind me in both ARCA and Xfinity and I’m so fortunate to have the opportunity to work with all of them. I’m just really excited for the rest of the year.”