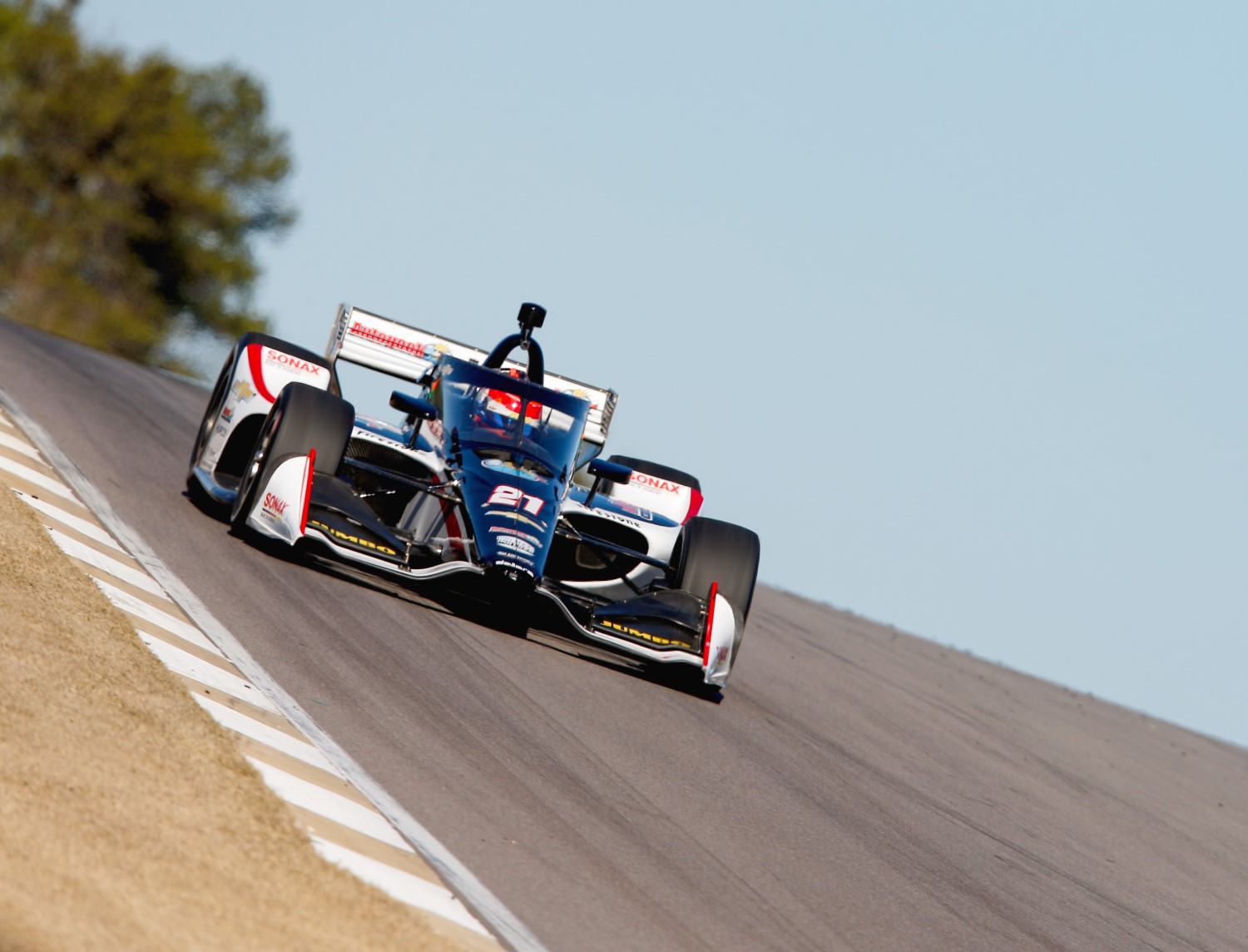 Graham Rahal was the fastest of the Honda drivers in third at 1m06.721s.

#12 Will Power was the fastest of the Team Penske drivers in 4th while #20 Conor Daly rounded out the top-5 in the 2nd Ed Carpenter Racing Chevy.

Penske #2 Chevy driver Josef Newgarden, who was quickest at the lunch break, improved his time from the morning but ended up 6th quick overall when the day ended.

Newgarden was followed by his two other Team Penske teammate, Scott McLaughlin and Simon Pagenaud in 7th and 8th respectively.

Ex F1 driver Romain Grosjean finished dead last as he struggled almost 1-second off the pace.  In the morning he spun off in Turn 1 but was not injured.