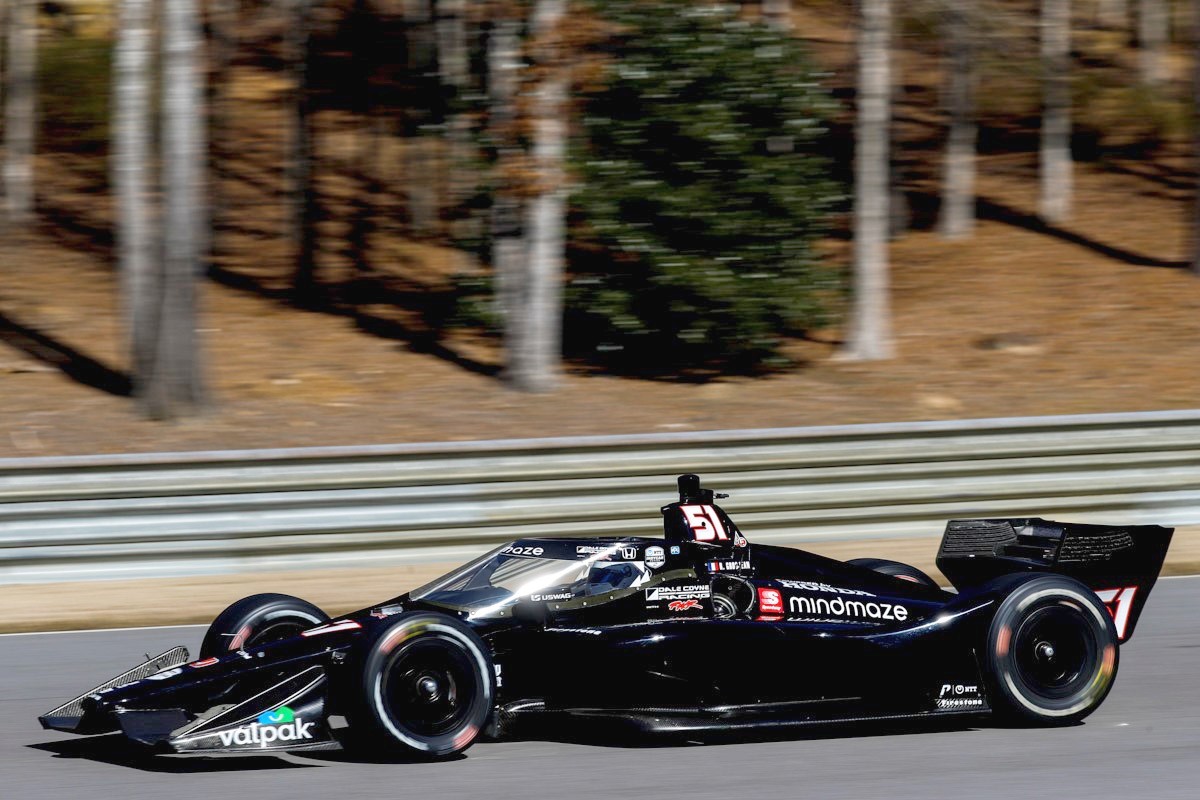 Grosjean completed 83 laps aboard his #51 Dale Coyne Racing with RWR entry. The team used the test to allow the NTT INDYCAR SERIES rookie to get comfortable and up to speed in his new surroundings.

“It felt good to be back in a race car. It really felt like home. It’s obviously a new car and I had to adjust a little bit to my new driving position, but things quickly felt quite smooth. I then discovered the joys of not having a power steering wheel. I don’t regret all the hours in the gym, but maybe I’ll do some more, just in case!” shared Grosjean.

“We worked on different things throughout the day. You always try and find the limit, which I did this morning in Turn 1, I wasn’t quite happy with that, but I understood something that you could do in Formula 1 and not in IndyCar, so it was a good learning experience,” continued Grosjean.

“Then there was a lot of learning about when you change the dampers and tools on the car, what it actually does to the car, what part of the corner. So, we worked on getting a feel for that. And also getting to learn to work with my engineer Olivier (Boisson) and getting to understand each other when it comes to communicating what the car is doing. That’s been our day, it’s been pretty good overall.”

Having suffered burns to his hands last November, Tuesday’s test was also an occasion for the Frenchman to see how his hands would feel gripped around the steering wheel of a race car.

“It went OK. It’s not perfect. There’s a nice big blister on my left thumb, which is not pretty, but driving wise it was OK. It wasn’t painful. I was being a bit careful on some of the curbs but generally it hasn’t been a limitation.”

Grosjean and the Dale Coyne Racing with RWR team will be back on track for another full day of testing on Monday, March 1 at Weathertech Raceway Laguna Seca.