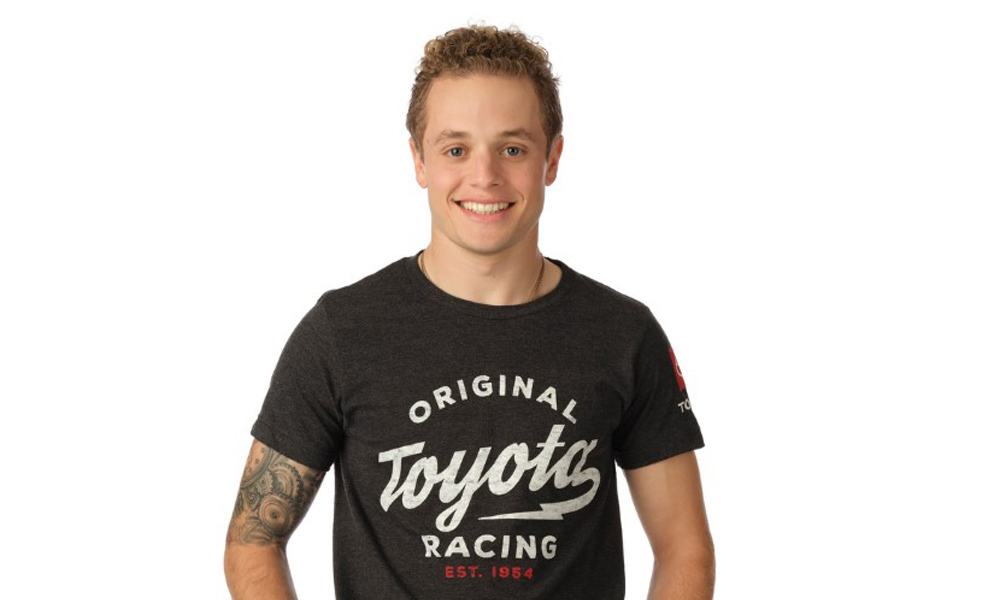 Though only 22 years old, Santino Ferrucci already has a long history in motorsports, but none of that experience has come in stock cars.

A professional driver since age 14, Ferrucci spent two years as a test driver for the Haas F1 team, before turning to IndyCar full-time in 2019. That same year, he finished seventh in the Indianapolis 500 to earn Rookie of the Year honors.

In 2020, he ran fourth in the Indy 500. His only experience in a full-bodied car, however, was a super late model test for Fury Race Cars last year. Nevertheless, Ferrucci will make his NASCAR Xfinity Series debut in Sam Hunt Racing’s No. 26 Toyota in Saturday’s Contender Boats 250 (4:30 p.m. ET on FS1, MRN and SiriusXM NASCAR Radio).

Last Saturday, Ty Gibbs won the Xfinity Series race on the Daytona Road Course in his first start in the series, but Gibbs had winning experience in stock cars in the ARCA Menards Series. Ferrucci doesn’t have that luxury.

“It’s tough showing up at Homestead cold turkey,” said Ferrucci, who will compete in the next five Xfinity races. “But my knowledge as a race car driver will always remain from everything I’ve done in my career—how to look at building cars, how to set cars up, my feelings from driving, my knowledge of how to do pit stops, how to race. None of that will go away, which is nice.”

Ferrucci won’t even get a chance to drive the car until Saturday, though he has spent time in the Toyota simulator.

“I’ve only got to sit in the car a bunch of times,” Ferrucci said during a video conference with reporters on Tuesday. “I don’t even have my fire suit yet. It’s kind of a funny process, but we don’t have too many expectations going into Homestead.

“You just want the car to come back in one piece, log some laps for us. We have five in a row, so there’s no sense in throwing away your first race trying to do something spectacular. It’s all about trying to be consistent and building up to it slowly.”

Ty Gibbs won’t be racing at Homestead this week. Another Ty — Ty Dillon — will be behind the wheel of the No. 54 Toyota Supra, assuring that Joe Gibbs Racing will have plenty of firepower. JGR’s Harrison Burton won the first of two races in one Homestead weekend last season, with the schedule compressed after a 10-week hiatus forced by the Covid-19 pandemic.

Burton’s most formidable competition is likely to come from Team Penske’s Austin Cindric, who opened the defense of his 2020 series championship with a victory on the Daytona oval and ran second to Gibbs on the road course. As the current series leader, Cindric will start from the pole in Saturday’s race.