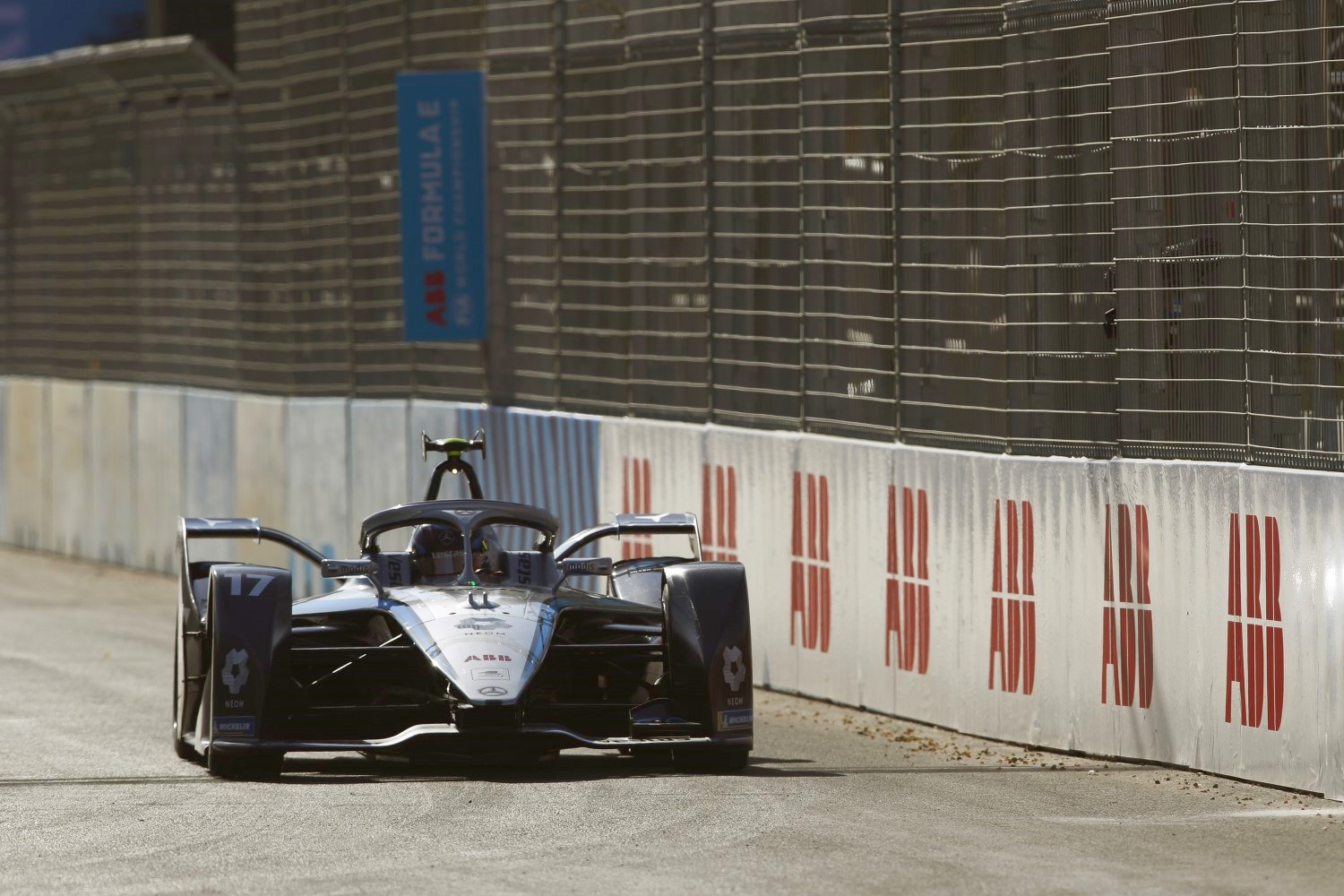 Nyck de Vries (Mercedes-EQ) was the quickest man on track for the second consecutive session, this time in the mid-afternoon Saudi sun – completely different conditions to those the cool, dark evening the drivers faced yesterday. The Dutchman headed home teammate Stoffel Vandoorne by 0.177 seconds with ROKiT Venturi Racing’s Edo Mortara winding up third.

Practice 1 topper de Vries set the pace on a 1:10.535 early on, with a 1:08.583 his eventual quickest lap, and about a tenth of-a-second under his best time in yesterday evening’s running.

Mid-way through the session with teams busy working through their practice programs, DRAGON / PENSKE AUTOSPORT’s Nico Mueller brought a halt to proceedings, overcooking it into a half-spin and the wall at Turn 7.

“I don’t really know what happened, I got a big, big snap in Turn 7 – the left hander,” said the Swiss. “Maybe we were a bit optimistic in doing too many laps in a row without cooling down and with the rear tires getting hot, I couldn’t catch it anymore. It’s a big compromise for the weekend.”

With the pit lane open again and Mueller’s PENSKE EV-5 clear, drivers started making a proper go of it with their hot-lap and full-power runs. Their run-time was cut short, though as Robin Frijns (Envision Virgin Racing) became the next man to find the barriers, leaving Sylvain Filippi, the team’s Managing Director, head in hands.

De Vries’ flyer remained the benchmark as the session drew to an early finish, with Vandoorne, Edo Mortara (ROKiT Venturi Racing), Rowland, Lotterer and Sergio Sette Camara in the DRAGON rounding out the top six.

“It’s early days but we’re pleased with the performance in FP2,” said Mercedes-EQ Team Principal Ian James. “There were two red flags and a lot of people didn’t get to do their 250kW laps so we’ll take it with a pinch of salt overall. There’s the usual suspects to go at up the sharp end in DS TECHEETAH and Nissan e.dams but it’s so uber-competitive that anyone on the grid could cause us problems this season.”