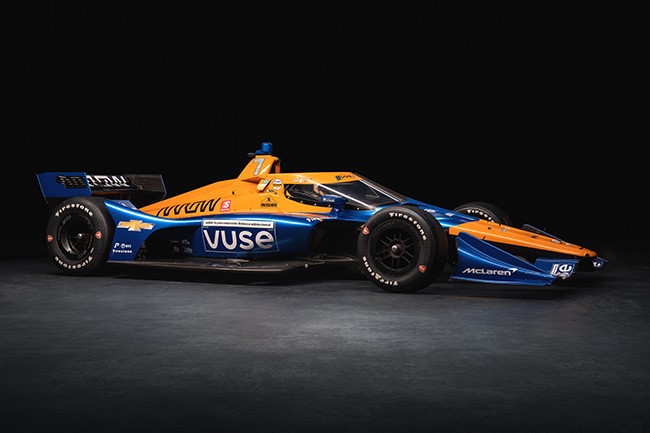 Watch the team launch film below.

“I’m excited to see what everybody thinks of the new liveries. I think both of the cars represent a great mix of all the colors of Arrow McLaren SP. Felix’s car has more blue and mine has more black, which I think will be easier for the spotters to be able to tell our cars apart. I think the Arrow McLaren SP Chevrolets came out really cool. My car looks very similar to last year, with a few minor tweaks, but I think it looks fast! It looks ready to race!”

“When I first saw the No. 7 Vuse Arrow McLaren SP Chevrolet in real life I was so stoked to see how good it looked. If it is half as fast as it looks, I think we’re in for a great season! I really like the blue mixed with the classic McLaren color of papaya. We are a great team full of ambitious people and we’re all ready to take it up a notch this year! I’m ready to go.”