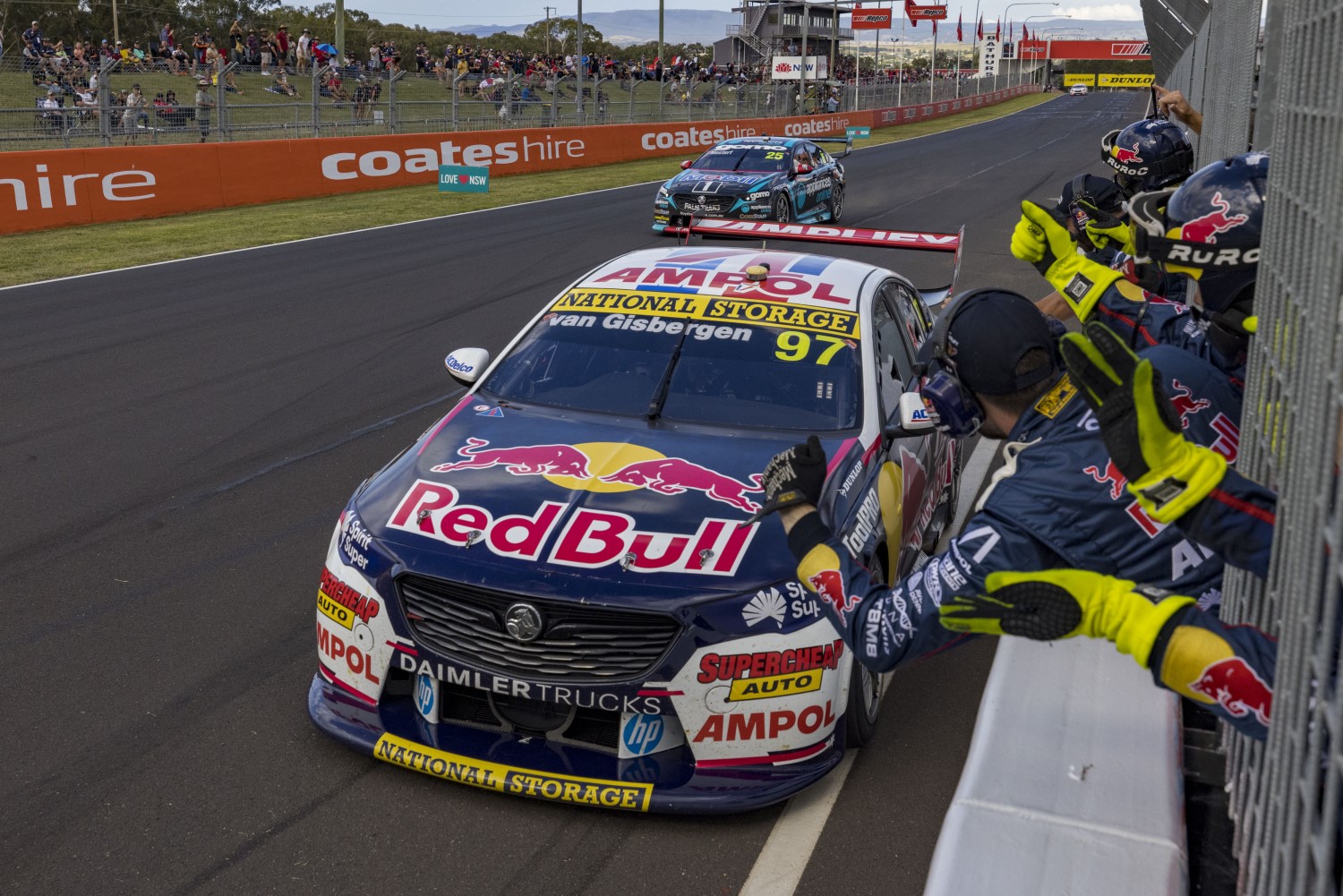 Shane van Gisbergen has picked up where he left off in Bathurst, with the Red Bull  driver dominating Race 1 of the new season at the Repco Mt Panorama 500.

Van Gisbergen, who claimed victory in last October’s Bathurst 1000, was never headed in the 40-lap affair, which saw a number of frontrunners come unstuck in dramatic crashes.

The 41st victory of van Gisbergen’s career was the third instance that the Kiwi had won the opening race of the season, following victories on the streets of Adelaide in 2017 and 2018.

Rounding out the podium was Chaz Mostert who finished second ahead of Will Davison who was third and the best of the Mustangs.

The race was punctuated by separate dramas for Cameron Waters, Tim Slade and Anton De Pasquale.

Slade’s was the biggest crash of the day and was a heartbreaker for his CoolDrive Mustang Team in pit lane, who were debuting the new Blanchard Racing Team and on track for a top four finish.

With five laps remaining, the Gold Coast native lost control chasing Will Davison through the Esses and dramatically crashed.

He managed to get the damaged #3 CoolDrive Mustang to safety, enabling the race to run green to the end.

Despite avoiding injury, a dejected Slade was shattered, cutting a forlorn figure beside his damaged car after a strong debut showing for his new Blanchard Racing Team.

The other major crash was on Lap 7, with De Pasquale crashing out at the Cutting, after claiming provisional pole this morning it was a heart-breaking end to the day for the 25-year old on his DJR Ford debut.

The Repco Supercars Championship field will return to the track for ARMOR ALL Qualifying on Sunday at 10:05am AEDT.