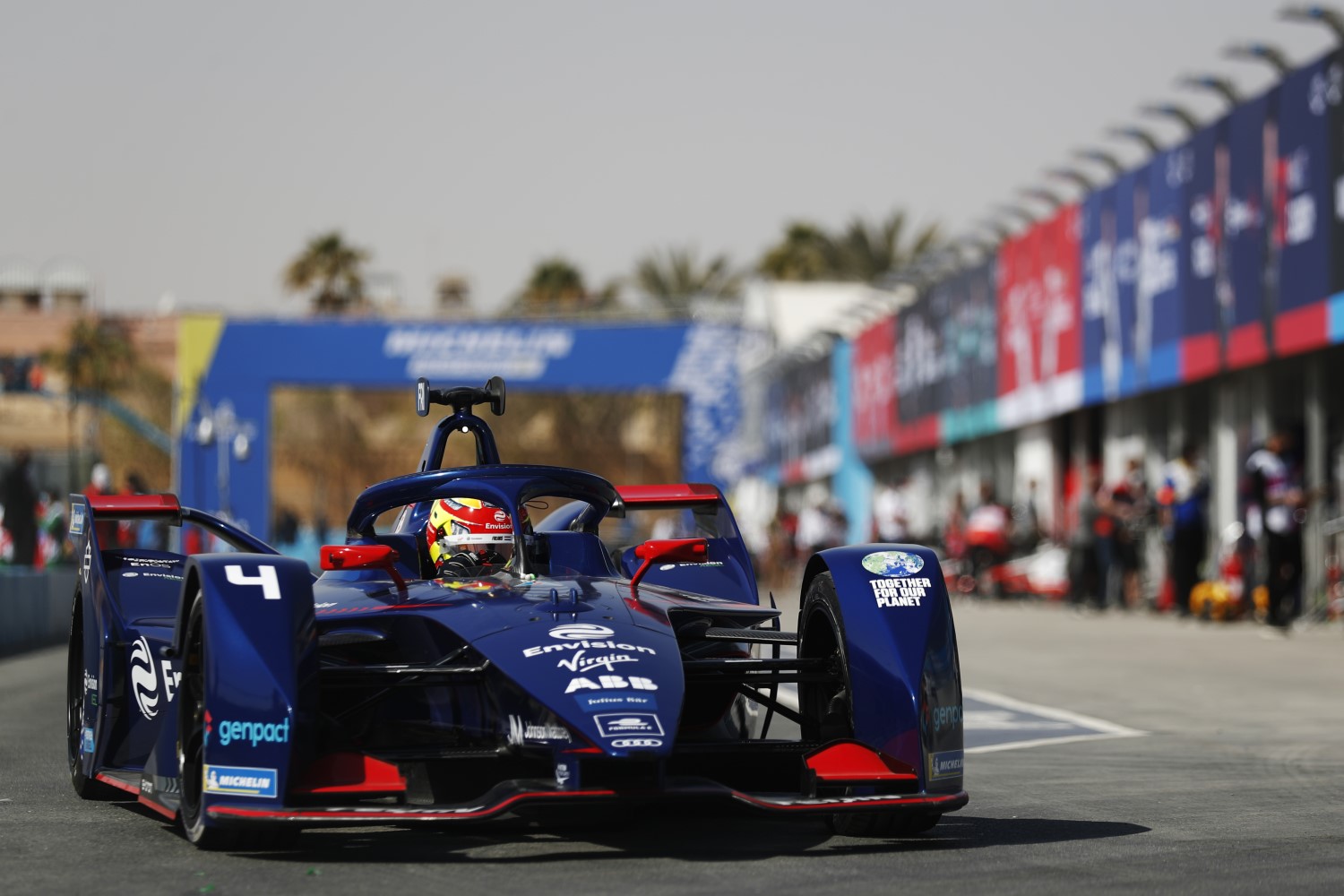 Robin Frijns (shown above) found his way to the top of the timesheets inside the last two minutes of Free Practice 3, pipping countryman and Round 1 winner Nyck de Vries (Mercedes-EQ) with his Envision Virgin Racing teammate Nick Cassidy third.

“Each season’s different, and we usually start well,” said Envision Virgin Racing Managing Director Sylvain Filippi. “Yesterday wasn’t great, but it’s a new car, and we have to understand it. We don’t test as much as the other teams, and it’ll take us time, but I trust in my team completely to get it right. It’s only practice, but it’s promising!”

A fairly quiet start to the session could be attributed to teams’ tire allocation being 25 percent smaller this year for a single-race and by up to 50 percent at double-header events – as in Diriyah. This will save up to 720 tires a season, with a 50 t CO2-eq, or 29 percent reduction in emissions but leaves the teams readjusting their practice priorities.

After a disappointing day yesterday Antonio Felix da Costa (DS TECHEETAH) found himself running at the top of the timesheets for much of the session; the Portuguese eventually finding himself fifth. Rowland set about a 250kW lap heading into the last ten minutes, flying to a 1:07.452 which was enough to nudge Da Costa down a spot as the Brit pinched fourth.

Frijns’ time came late on and saw him 0.146 seconds up on de Vries with a 1:07.294. Cassidy and Rowland followed just a thousandth of a second back, whilst the whole field was separated by just 1.5 seconds. Save for Andre Lotterer…

The Porsche man caused his mechanics a real headache ahead of qualifying by hitting the wall at Turn 12 – a corner which rewards commitment said Dario Franchitti up in the commentary box. Perhaps some over commitment here, and a fair bit of damage for the outfit to put right ahead of qualifying at 16:00 local time.

Here’s the moment @Andre_Lotterer lost control of his Porsche and went into the barriers, bringing out the first 🚩 of the day.

“There was no mechanical failure, Andre just kissed the wall and damaged the side of the car. We’ve got two hours to get it out for qualifying but it’s going to be tough,” said Amiel Lindesay Porsche Head of Operations, Formula E.