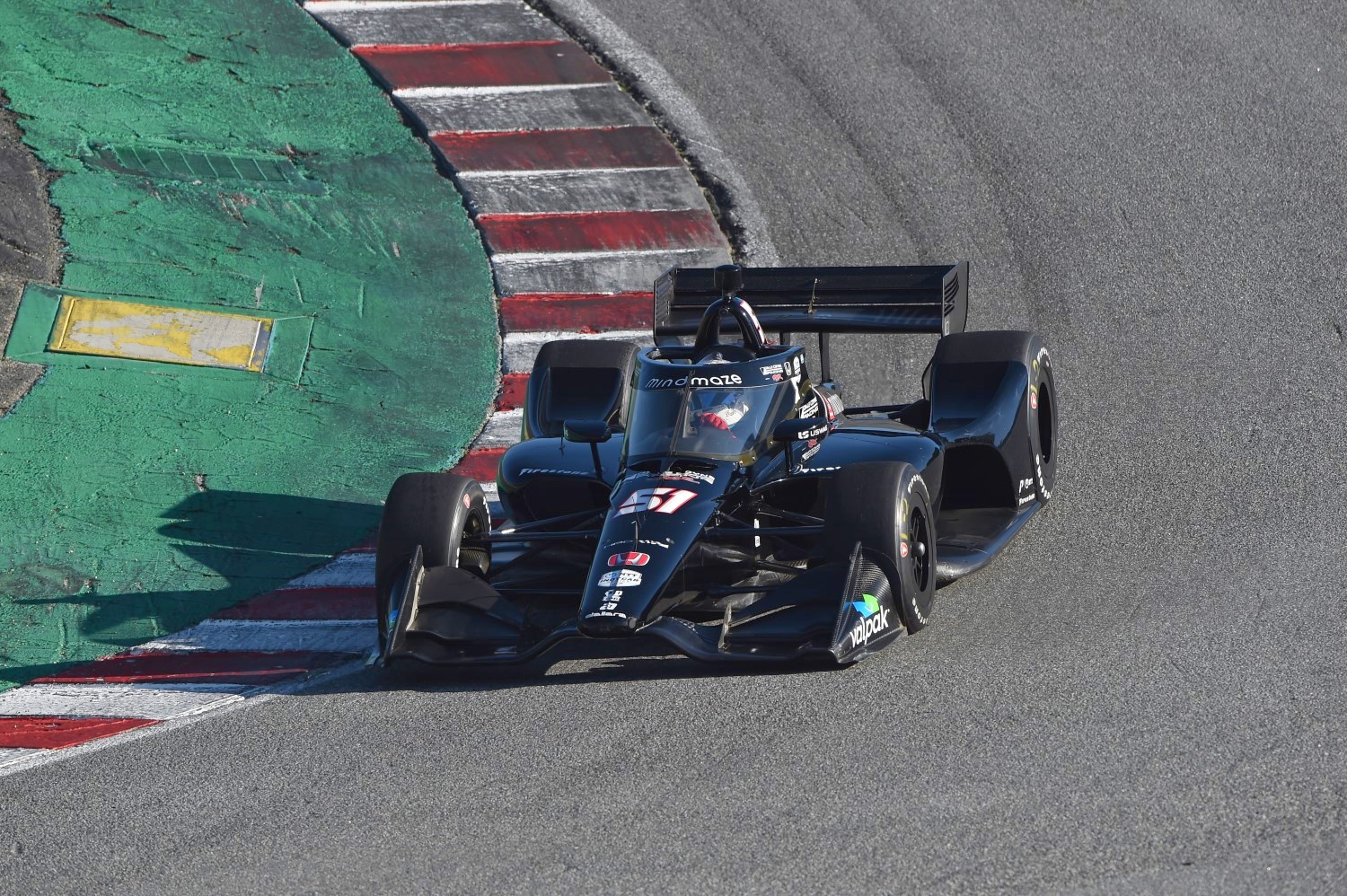 Romain Grosjean – That was a very cool day. Laguna Seca in an IndyCar! It is something pretty special, isn’t it?

After getting acquainted with his new working environment at Barber Motorsport Park in Alabama last week, the Frenchman continued his apprenticeship at Laguna Seca in northern California.

Grosjean’s first impression of his new ride is that it’s more physical than Formula 1 given the absence of driver aids such as power-steering.

“It’s very physical,” he admitted. “It is tough driving those cars, very much in a different way than Formula 1.

“The only thing you fight in Formula 1 is the G-forces. Here you actually fight the heaviness of the car physically. But I don’t mind it, it’s quite cool.”