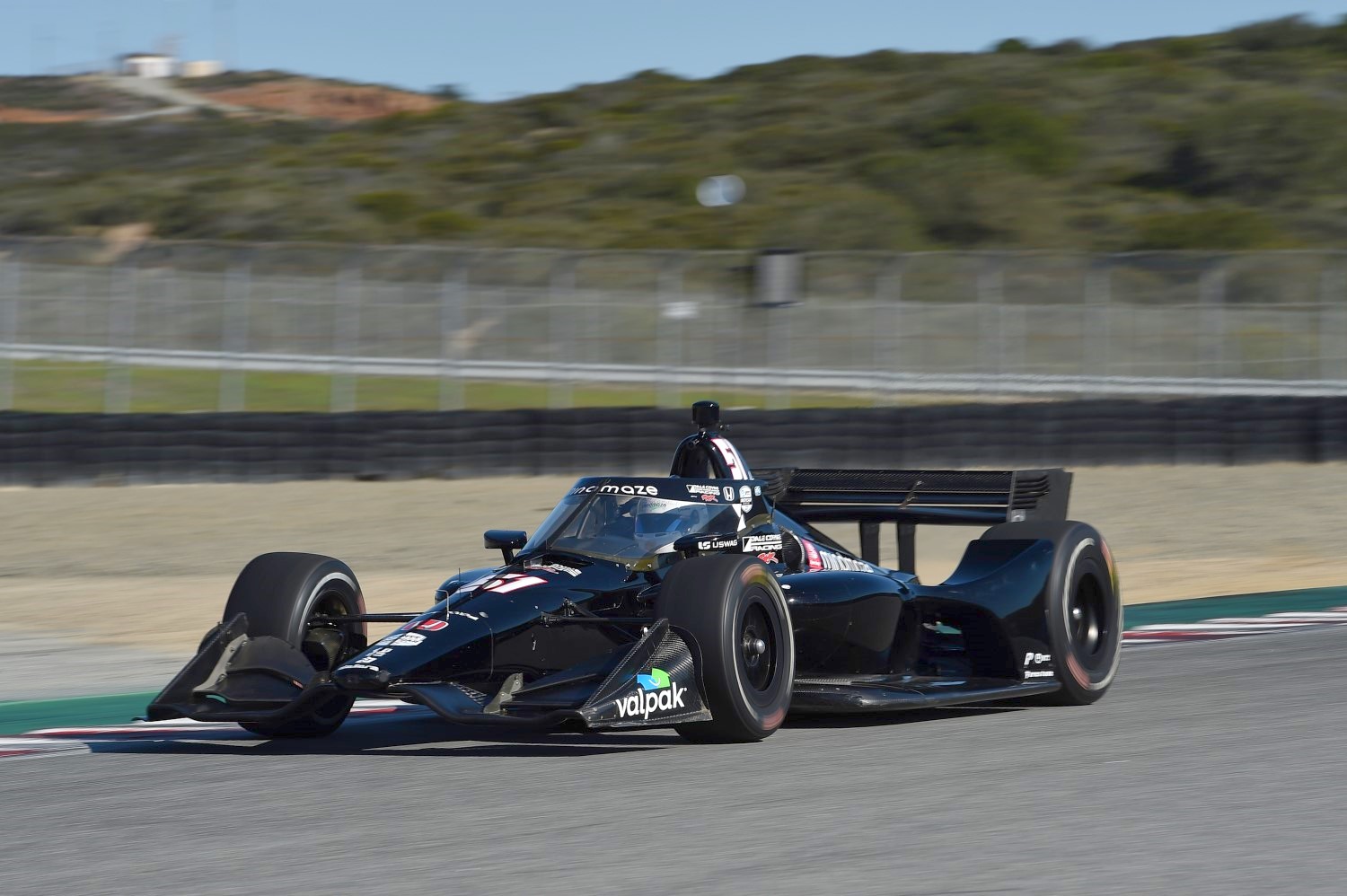 Ex-F1 driver Romain Grosjean has completed his second IndyCar test with Dale Coyne Racing, clocking 106 laps at Laguna Seca on Monday in a private test.
The team got the ex-Formula 1 man working on efficient fuel-saving techniques, practicing economical safety car running and pit stops as part of his rookie orientation.

Grosjean, who had only driven IndyCar machinery once before at another private test at Barber Motorsports Park, completed the day third fastest on pace of the eight drivers participating.

“Pato O’Ward was fastest, and then my teammate Ed Jones pipped me by a couple of hundredths at the end, but there’s more speed in there,” Grosjean said.

“It’s only testing and there were only seven other cars here. So it’s great that we’re in the game, but I’m not reading too much into it.”