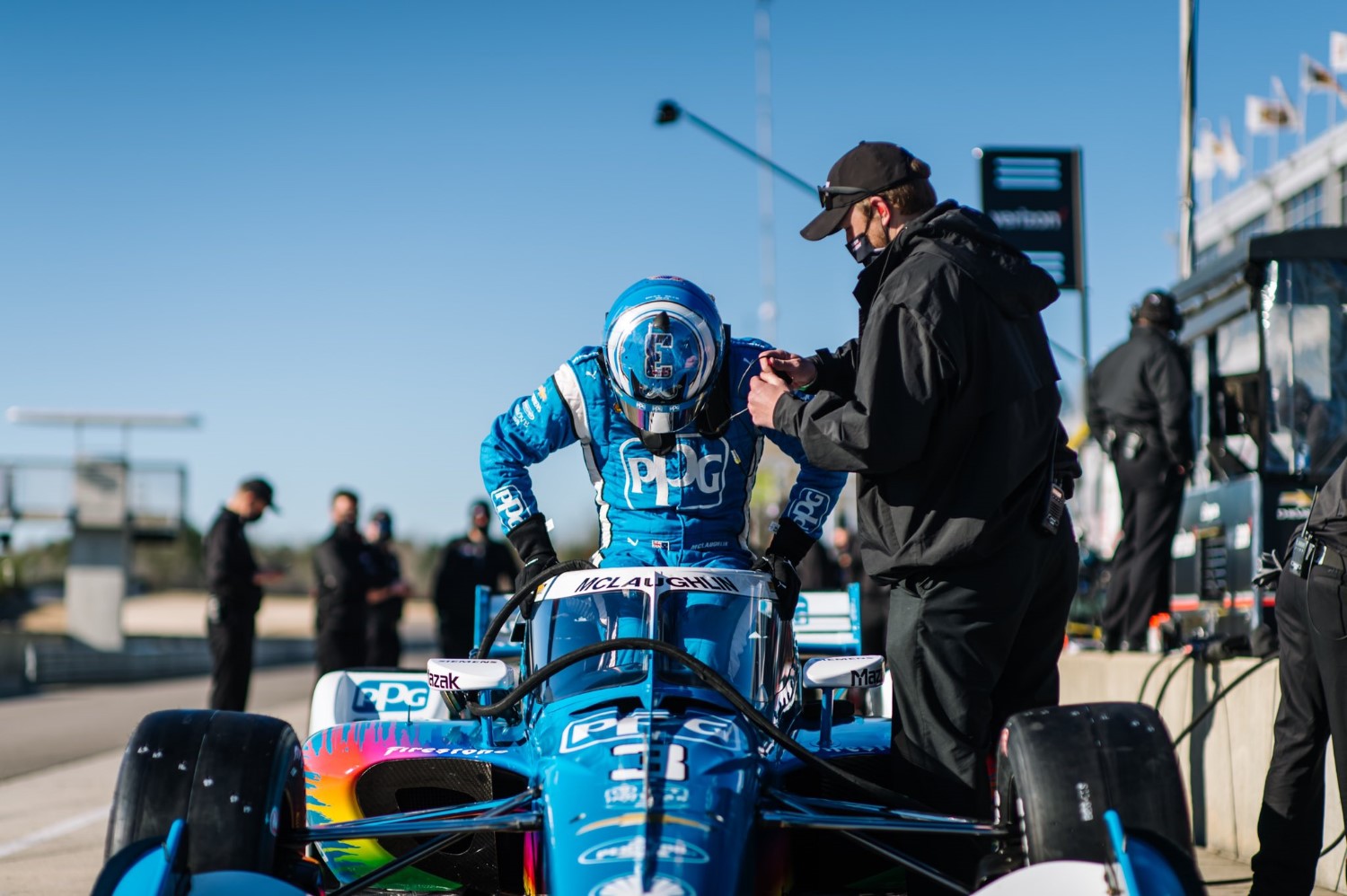 “Obviously the sports car program went away and we took a lot of good people from that program.

“So yeah, just more engineering power and more information as far as drivers, set-up info, and all that sort of stuff.”

The expansion of the IndyCar Series program came at the expense of its two-car IMSA SportsCar Championship team.

“It’s good timing for us. We operate well as a three-car team. When I initially came to Team Penske, it was a four-car operation.

“I’ve seen both sides of it. I think at this time and place, I think a four-car team will give us more strengths than weaknesses at the moment.

“Scott is a really smart, accomplished driver. He’s really good at what he does. He’s still learning IndyCar. He’s not fully up to speed, I would say, but he’s not going to struggle. He drives his car to a very high level.

“His engineer, Jonathan Diuguid, is a strong addition to our operation. I think it’s going to be a big benefit to us, to have a four-car operation. I’m excited from that standpoint.”

“I was really happy he came over because it gives a lot of attention to IndyCar from Australia,” said Power.

“I think the TV ratings will be better because he was so popular there and won three championships in a row.

“I think it just brings more attention to IndyCar, which now that we don’t race down there doesn’t get much love.

“Scott is a good guy. He’s from New Zealand but basically Australia, so we certainly get along well. I think he’ll be a pretty quick guy.”