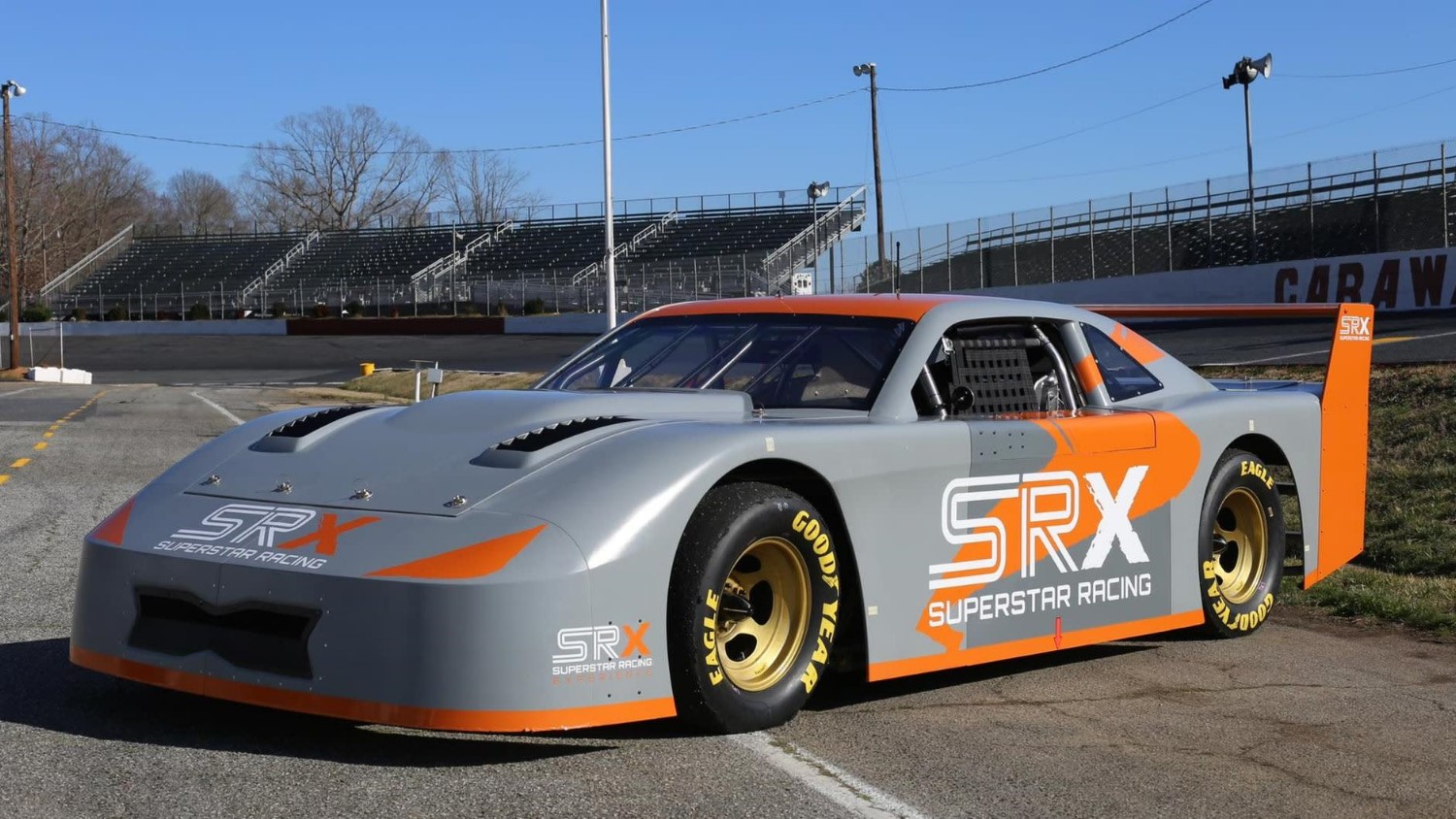 Superstar Racing Experience (SRX) – the upcoming stock car racing series founded by Tony Stewart, Ray Evernham, Sandy Montag and George Pyne is nothing more than another NASCAR IROC type series to be run on short tracks with retired and almost-retired drivers from NASCAR and IndyCar.

But what else would you expect by a bunch of NASCAR guys.  Before we had renderings of the new car, now we have real photos.

SRX cars were completely designed by founder Ray Evernham. The cars will use Ilmor V8 396 engines, which are primarily featured in the ARCA Menards Series, with components from Edelbrock.

Races are planned to last 90 minutes without pit stops, though there is also planned to be a “halftime” for adjustments to be made to the car. 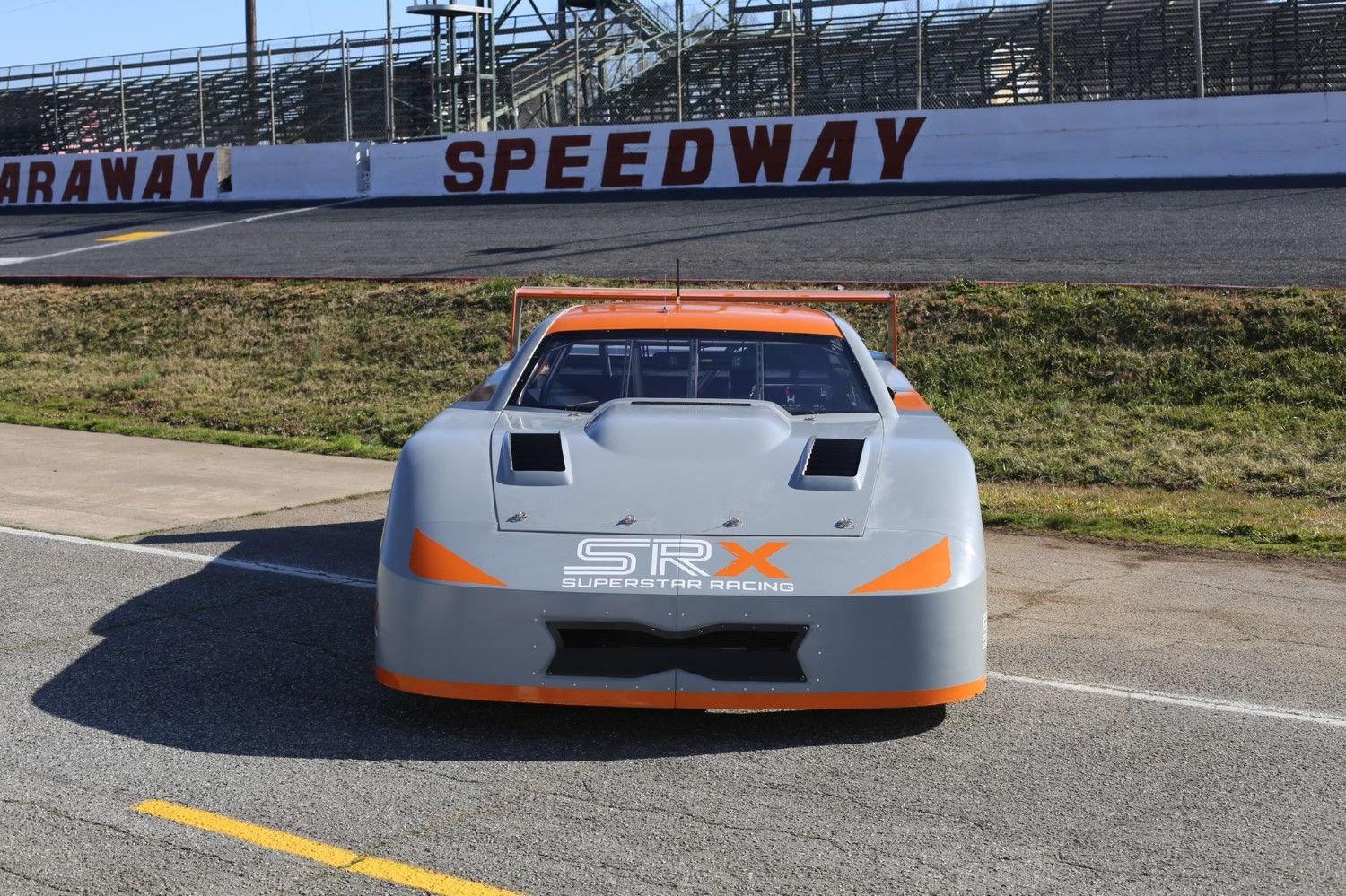 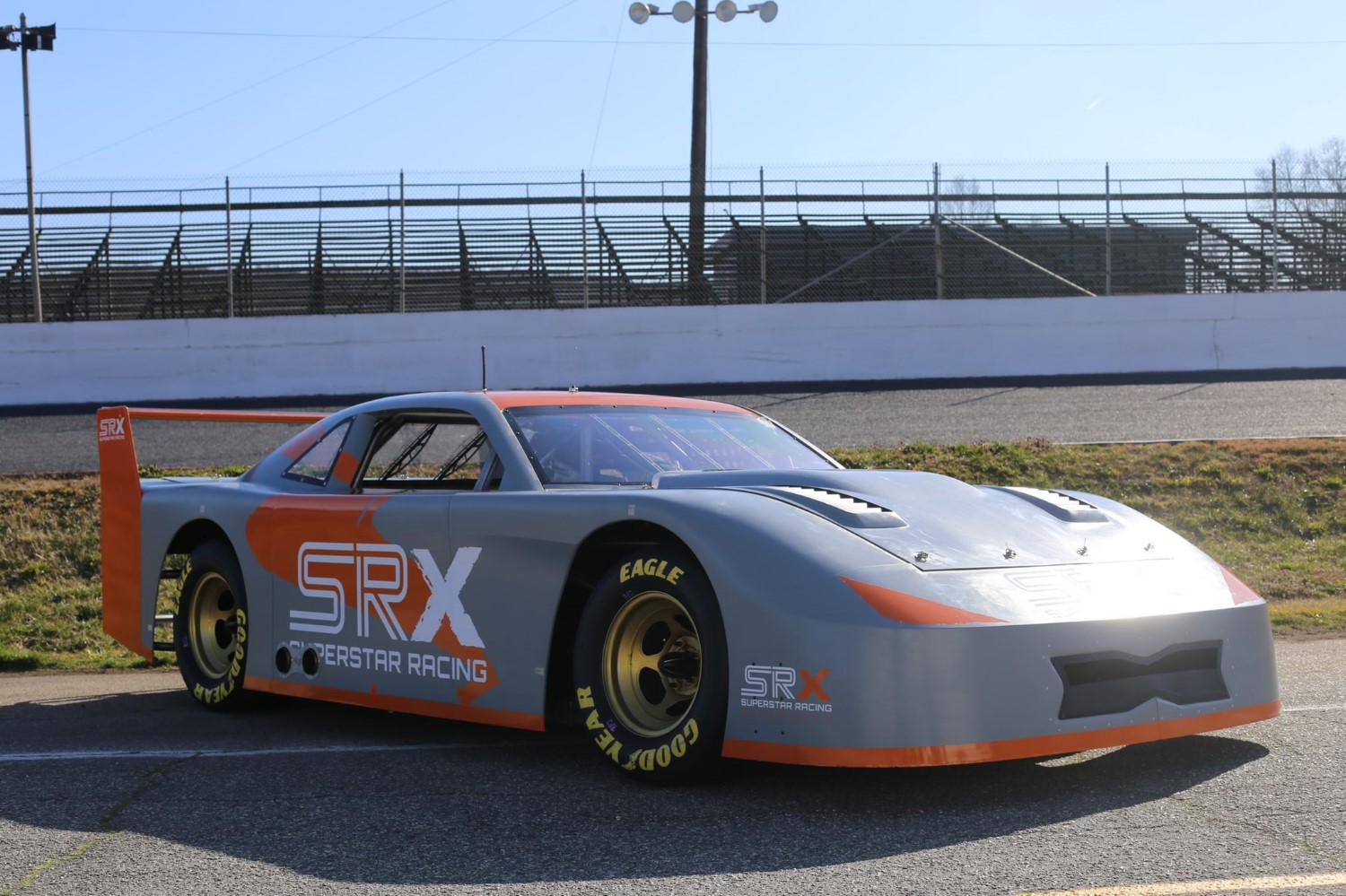