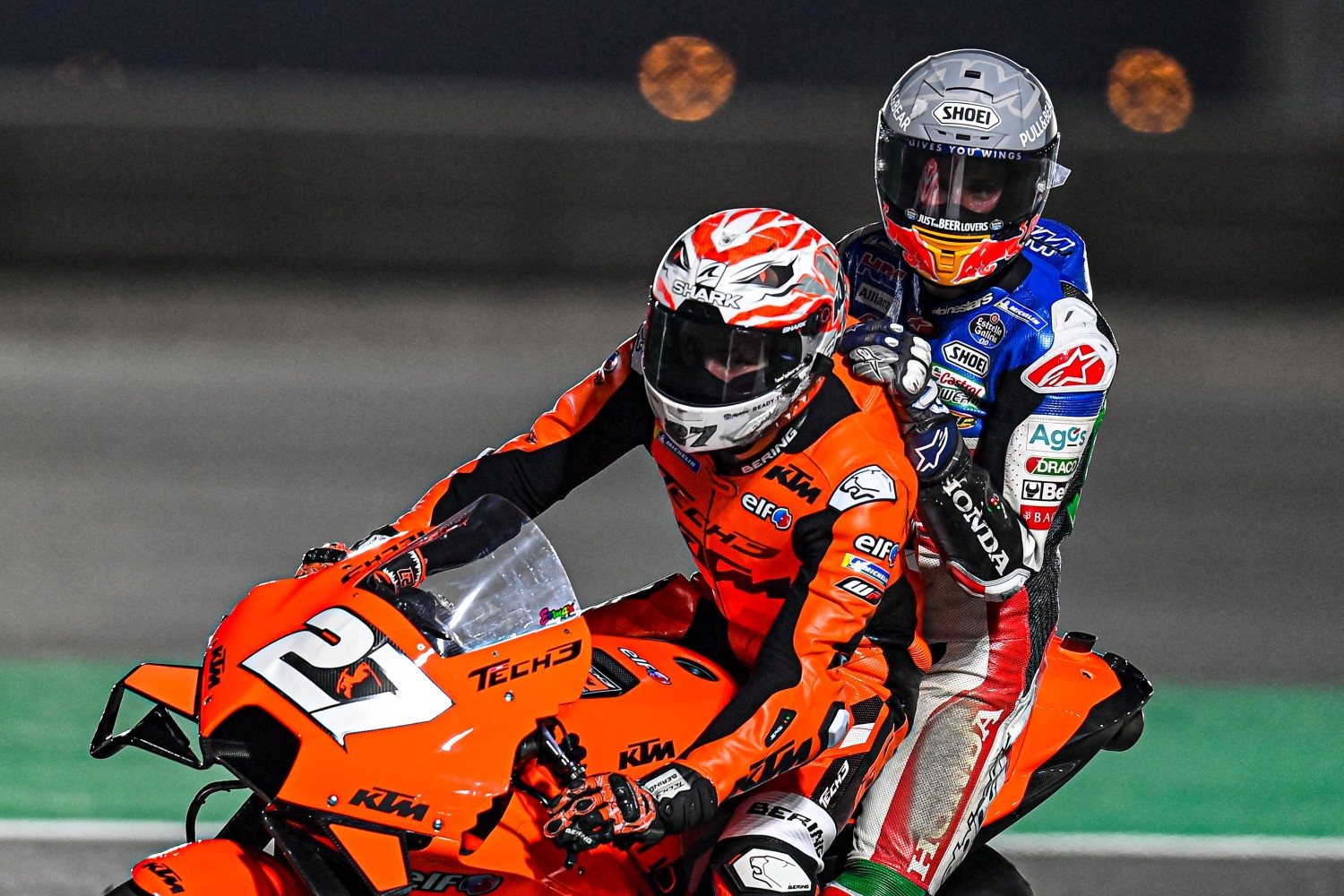 After a big highside on the exit of Turn 9 during Day 4’s action at the Official MotoGP™ Qatar Test, Alex Marquez (LCR Honda Castrol) has suffered a small fracture to the fourth metatarsal bone in his right foot

The double World Champion was given a lift back to his box by Tech3 KTM Factory Racing’s Iker Lecuona, and has since headed to the hospital for mandatory checks after initially visiting the circuit medical center.