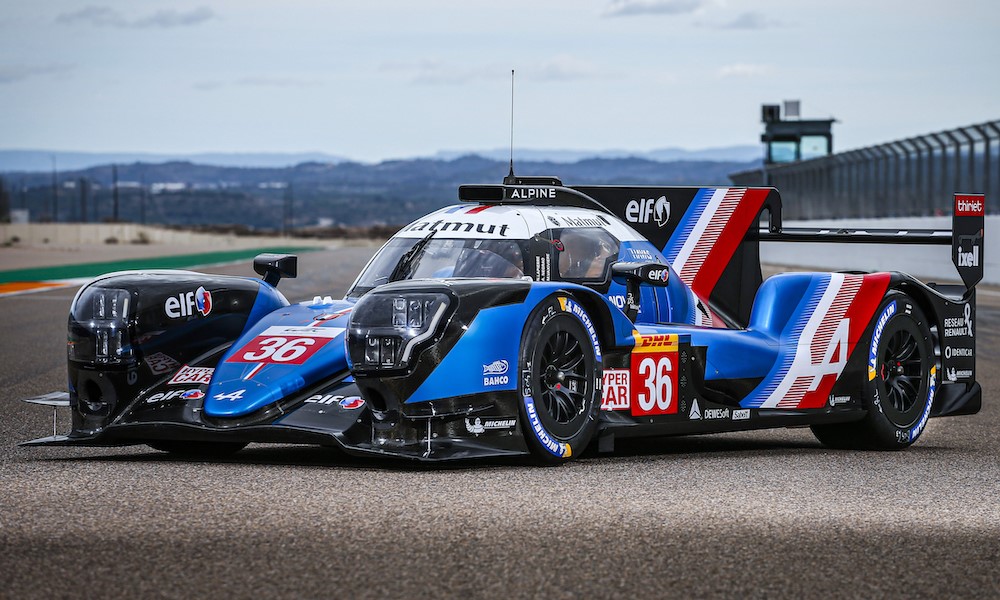 The 2021 livery for the Alpine Elf Matmut Endurance A480 has been revealed ahead of the start of the 2021 FIA World Endurance Championship.

The re-homologated (ex Rebellion R13) Alpine A480 will be a full season contender in the hands of Andre Negrao, Nicolas Lapierre and Matthieu Vaxiviere, the team going head to head with Toyotas new GR010 Hybrids and the Scuderia Cameron Glickenhaus 007s in the new-for-2021 Hypercar class.

The French team’s ORECA-built non-hybrid LMP1 car will use a 4.5-liter Gibson V8 engine and six-speed Xtrac gearbox setup, which is the same configuration it had when it ran as a Rebellion R13 Gibson during the last two seasons with Rebellion Racing.

It will mark the first season in the WEC’s top prototype class for the Signatech-Alpine collaboration after eight years in LMP2.

“Since 2013, we have been proving ourselves step by step, and showing that we are capable of defending the Alpine colors at the highest level.

“This new challenge is part of this mindset. The trust that Alpine has placed in us for this project is a source of great pride. We are approaching this program with humility and the desire to do well at a time when the world of endurance racing is at a turning point in its history.

“We are determined to rise to this exhilarating and incredibly motivating challenge to once again anchor Alpine in the pantheon of French and international motorsport.”