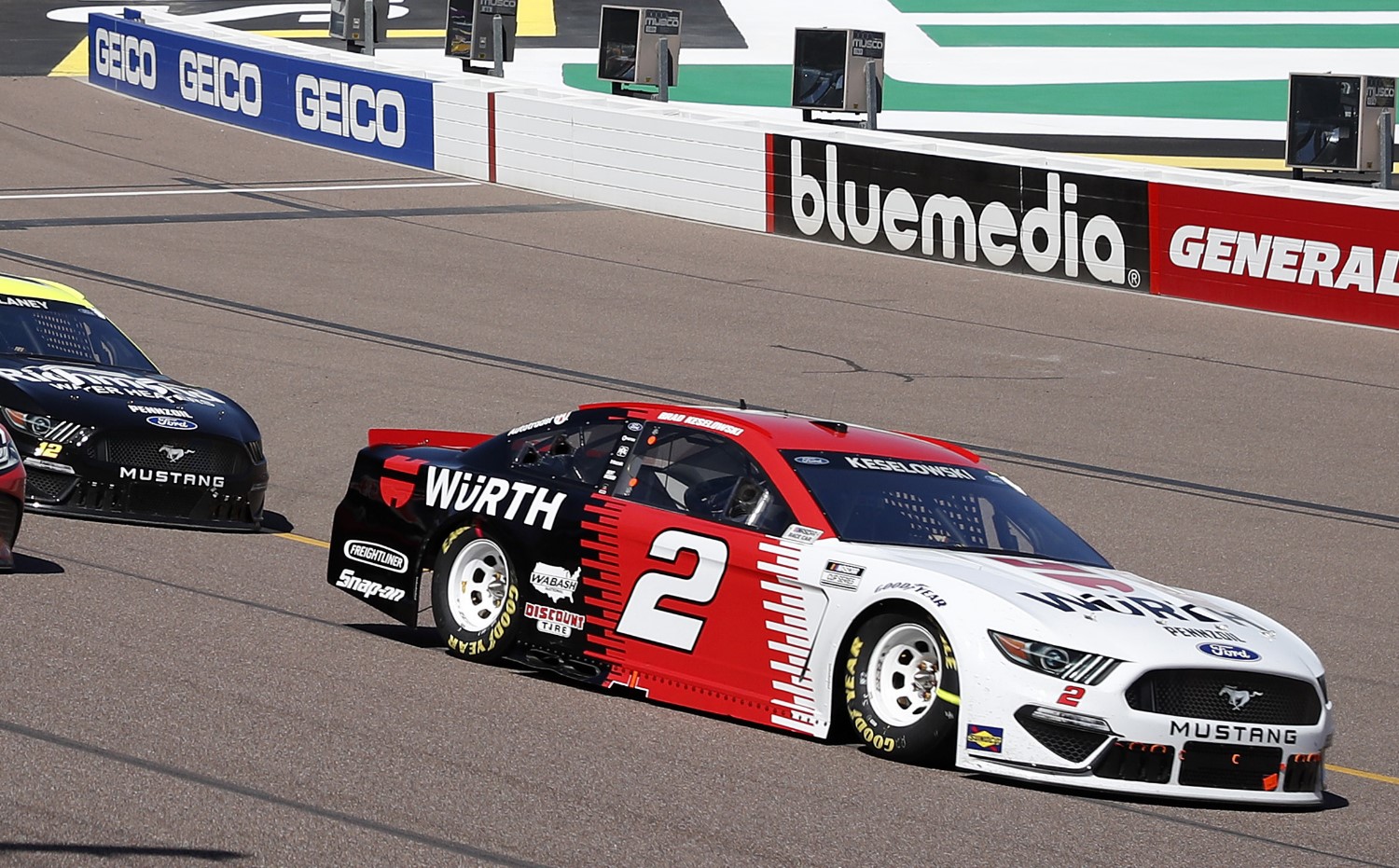 Two cars — the No. 2 Team Penske Ford for driver Brad Keselowski (shown above) and the No. 99 Trackhouse Racing Team Chevrolet for Daniel Suarez — were each found with two lug nuts not properly secured in a post-race check after Sunday’s Instacart 500. Each team’s crew chief — Penske’s Jeremy Bullins and Trackhouse’s Travis Mack — was fined $20,000 and suspended for the next Cup Series race.

Three cars were also found in violation of Section 10.9.10.4 (Tires and Wheels) in the NASCAR rule book, but with just one unsecured lug nut each. Those teams were assessed a $10,000 crew-chief fine apiece:

NASCAR officials also issued a behavioral penalty to Jonathan Stewart, who is listed as an engineer for GMS Racing’s No. 21 entry in the Camping World Truck Series. Stewart was suspended indefinitely for a violation of NASCAR’s Substance Abuse Policy (Section 19) and Section 12.1, which outlines violations and disciplinary action. NASCAR PR