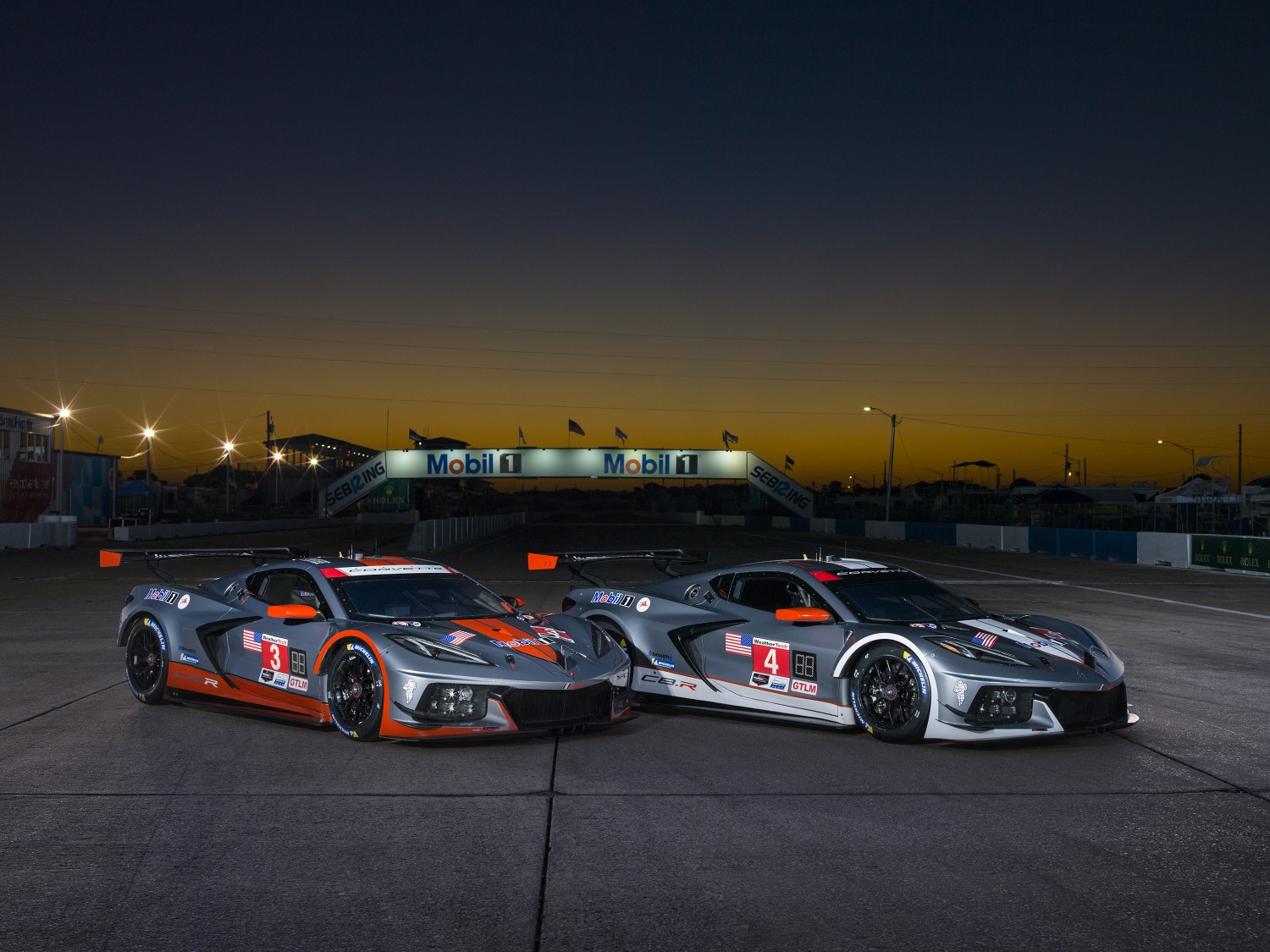 The Corvette Racing team’s history traces back to 1996 with the birth of what is North America’s longest-running sports car program. Now a quarter-century later, Chevrolet and the Mobil 1 brand are celebrating 25 years of their technical partnership with a special livery on the Corvette C8.Rs for this weekend’s Mobil 1 Twelve Hours of Sebring presented by Advance Auto Parts.

For the first time since 1999, both Corvette Racing entries will feature a primary silver color scheme which matches that of Mobil 1 motor oil. It’s a fitting tribute for an event that Corvette Racing and the Mobil 1 brand have won together 11 times since 2002. The partnership has combined for 114 wins around the world, including a 1-2 GT Le Mans (GTLM) finish in the Rolex 24 At Daytona to open the 2021 IMSA WeatherTech SportsCar Championship season.

Mobil 1 motor oil is the factory fill and recommended refill for Corvette production vehicles, including the 2021 mid-engine Corvette Stingray.

“Mobil 1 has been a key technology partner since the beginning of the Corvette Racing program,” said Jim Campbell, Chevrolet U.S. Vice President, Performance and Motorsports. “Together, we have competed, learned and won in the most challenging and extreme track conditions around the world to deliver performance, durability and efficiency. We are proud to run Mobil 1 in Corvettes on the track and on the road.”

Plans for the Corvette Racing program began in 1996 with engine and track testing starting the following year, and each lap and every dyno session since has been with Mobil 1 oil and gearbox lubricant. Engineers from ExxonMobil receive and analyze samples taken from each Corvette Racing entry following every event. Both groups take data from the analysis and use that to improve both their racing and consumer products.

“Mobil 1 has an outstanding 25-year collaboration with the Corvette Racing team,” said Russ Green, VP Finished Lubricants, ExxonMobil Fuels and Lubricants Company. “As a trusted technology partner, together we have delivered superior performance on and off the track for the last four generations of Corvettes and other high-performance GM vehicles. We are truly honored to be part of this special 25th anniversary tribute livery and look forward to our continued success.”

Corvette Racing will continue its 2021 season with this weekend’s Mobil 1 Twelve Hours of Sebring presented by Advance Auto Parts. The race begins at 10:30 a.m. ET on Saturday with coverage across NBCSN, TrackPass and the NBC Sports App. IMSA Radio will air full qualifying and race coverage at IMSA.com.

Team Chevy high-resolution racing photos are available for editorial use.