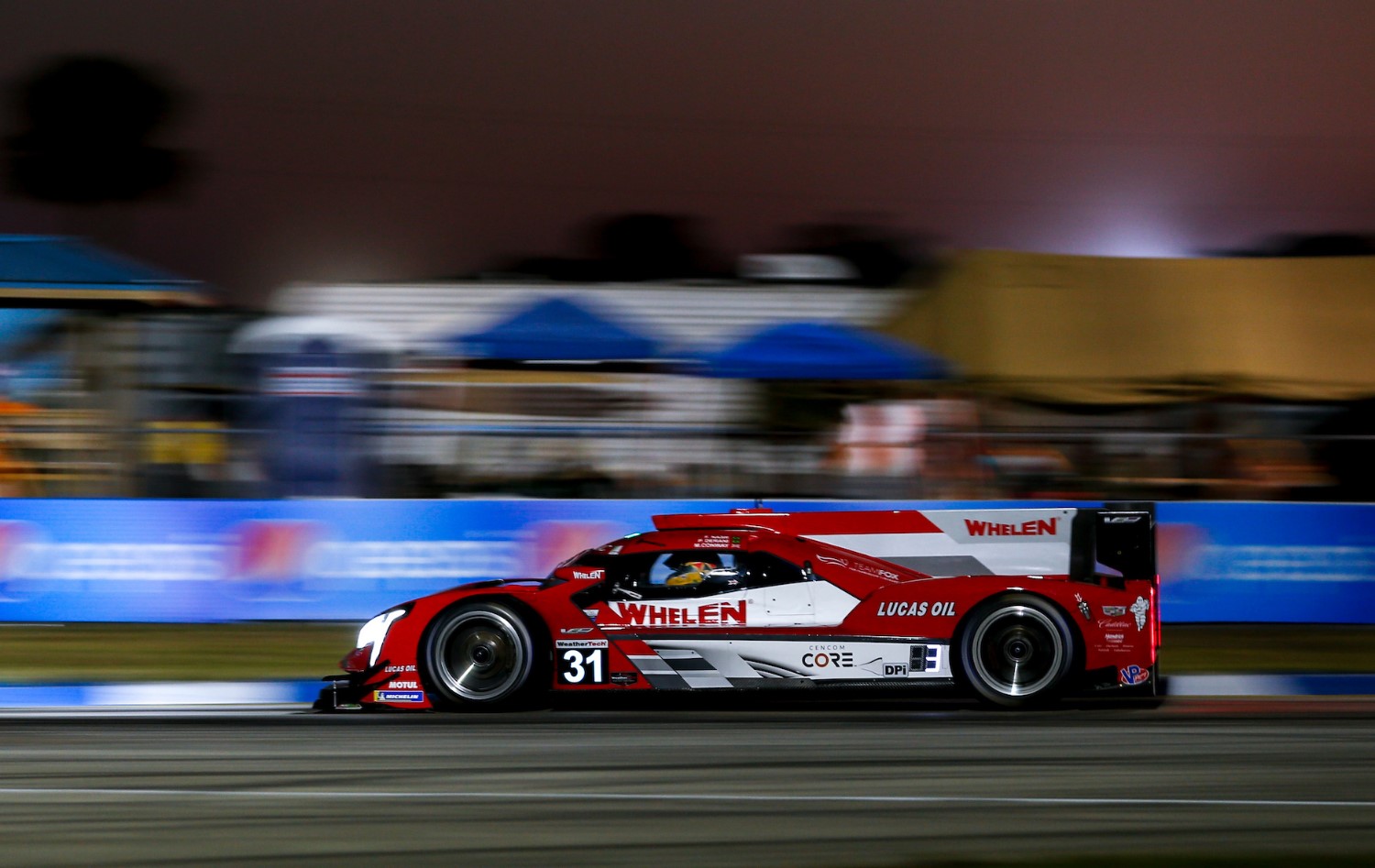 It did not matter whether the  hot Florida sun was up or down, the #31 Whelen Engineering Action Express Cadillac was the fastest car on the Sebring Airport circuit.

Pipo Derani turned a 1m46.898s lap time in the 90-minute nighttime session to edge out the No. 01 Chip Ganassi Racing Cadillac of Renger van der Zande by 0.454 seconds.

Ricky Taylor was third on Thursday evening in the No. 10 Wayne Taylor Racing Acura ARX-05 ahead of the No. 48 Action Express Cadillac.

The No. 5 JDC-Miller Motorsports Cadillac of Sebastien Bourdais completed the top-five.

LMP2 was again led by the No. 52 PR1/Mathiasen Motorsports Oreca 07 Gibson of Mikkel Jensen while Jeroen Bleekemolen was quickest again in LMP3 in his No. 91 Riley Motorsports Ligier JS P320 Nissan.

GTLM was paced by the No. 79 WeatherTech Racing Porsche 911 RSR-19 of Mathieu Jaminet.

The #3 and #4 Chevrolet Corvette C8.Rs were second and third in class.

The No. 9 Pfaff Motorsports Porsche of Laurens Vanthoor beat Aaron Telitz in the No. 14 Vasser Sullivan Lexus RC F GT3 to lead GTD.

Qualifying is scheduled to begin at 11:15 a.m. ET on Friday.