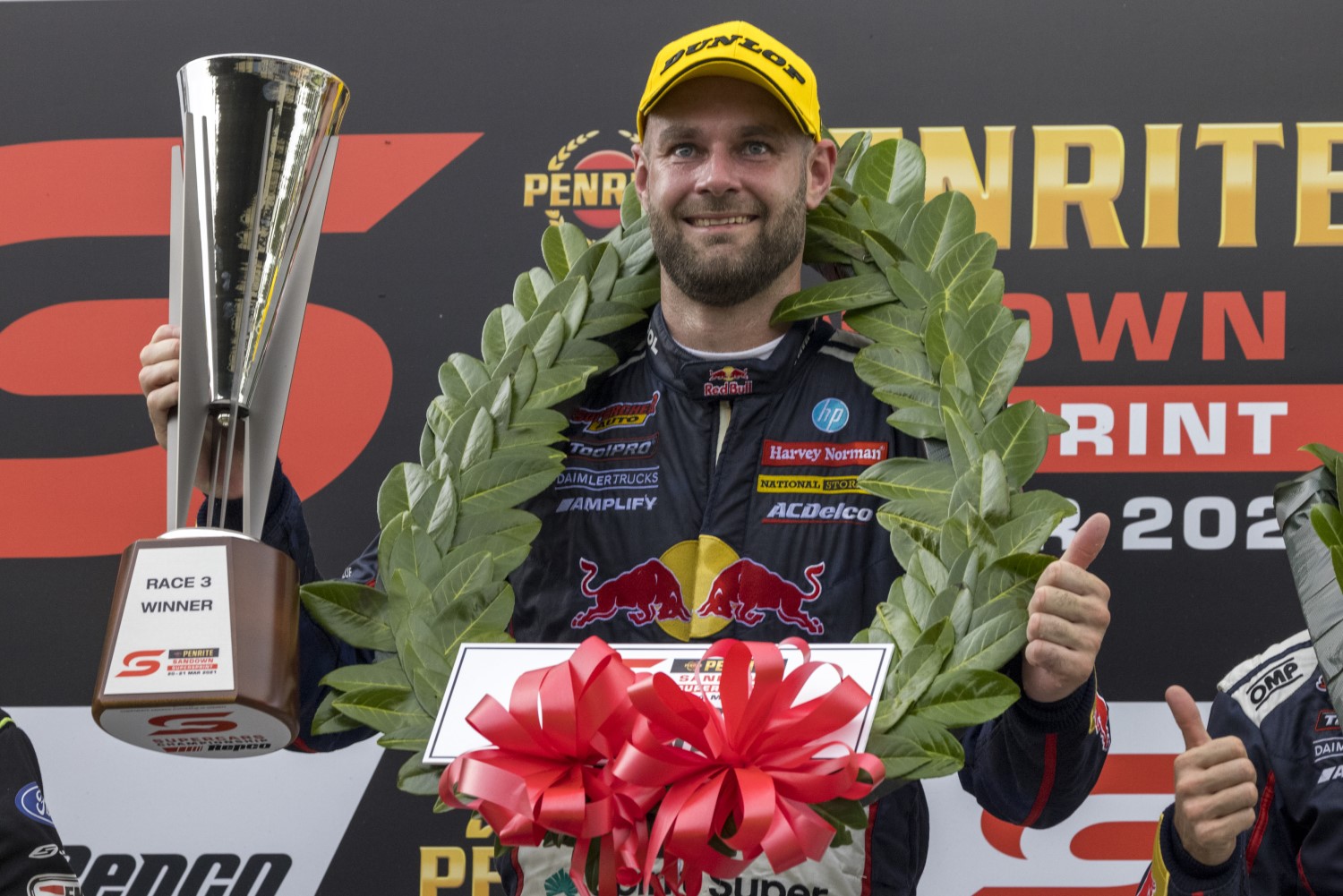 Kiwi Shane van Gisbergen has broken one of the oldest record’s in the Repco Supercars Championship history today, with a remarkable win from a starting position of 17th on the grid in the opening race of the Penrite Oil Sandown SuperSprint.

The win was made even more remarkable given the fact van Gisbergen broke his collarbone two weeks’ ago and had nine screws inserted into his shoulder just 14 days ago.

The victory, claimed in front of the first audience of Victorian fans since the COVID shutdown, was the greatest ever start-to-finish result at the historic Melbourne circuit.

Before today Norm Beechey’s record of winning from a start of 14th place on the grid in 1956 was the best ever start-to-finish result.

The result means van Gisbergen has now won all three races of the 2021 Repco Supercars Championship, and extends his winning streak to four after claiming last year’s Bathurst 1000 as well.

It was his 43rd career victory and extends his Championship lead over Chaz Mostert who started from pole position today.

Mostert led late in the race but a poor start in the end meant he ran out of steam to finish sixth. He retains second in the Repco Supercars Championship, but is now 60 points behind a still unbeaten van Gisbergen.

The race itself was a see-saw affair with Mostert and Waters leading for the majority of the race until the fast-finishing van Gisbergen, who pitted later than anyone else in the race to try and finish with fast tires, flew past everyone over the dying laps to claim the lead on the final lap and drive to victory from there.

Tomorrow, there will be two ARMOR ALL Qualifying Sessions in the morning, before two afternoon races to round out the event.