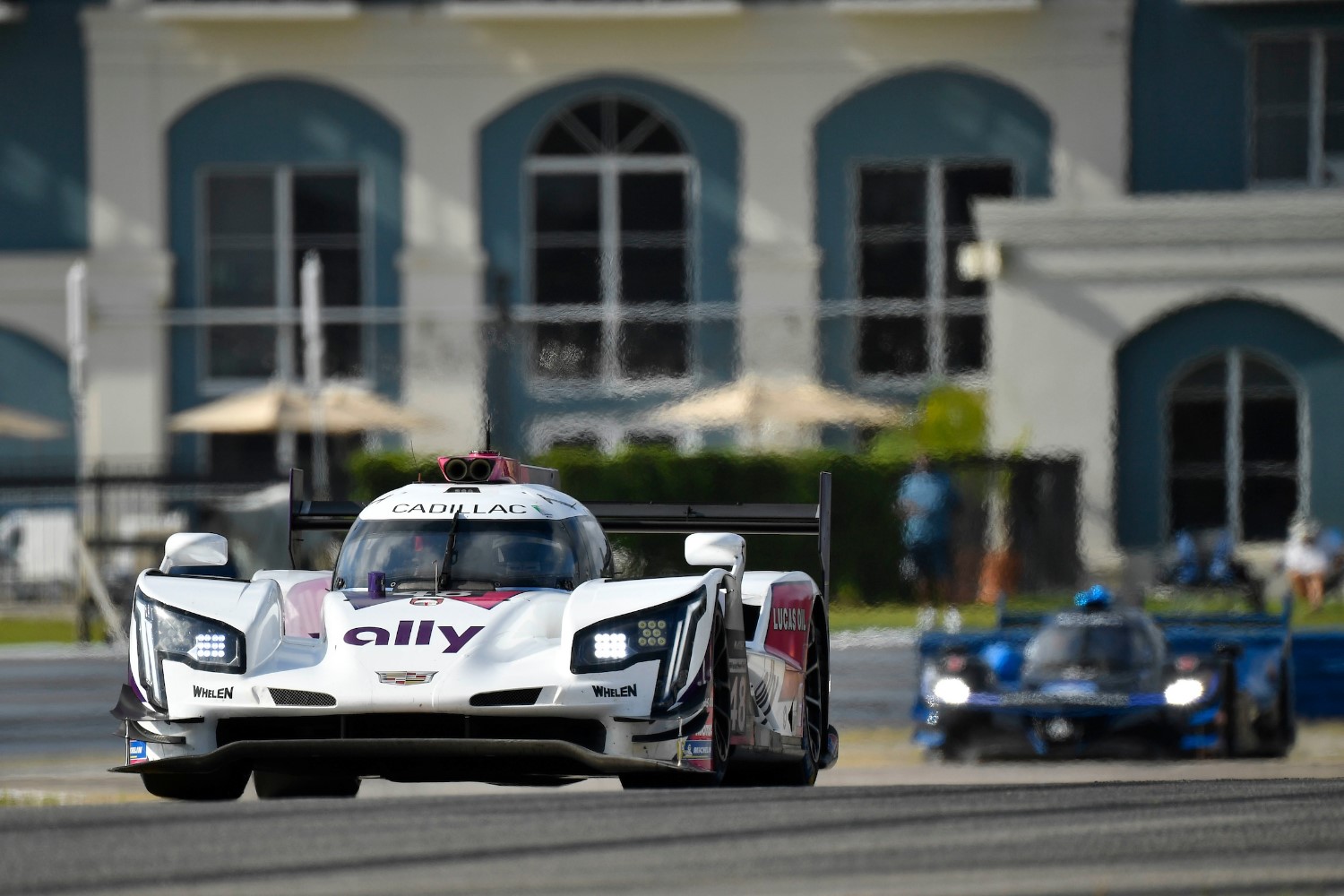 7-time NASCAR Cup champion Jimmie Johnson wadded up his #48 Ally Action Express Cadillac in 12 Hours of Sebring practice on Friday when he ran out of talent in the bumpy Turn 17.

Obviously, his reflexes are no longer fast enough to handle the wheel being ripped from his grip over the Turn 17 bumps. But the team decided to put Johnson in the car for the start of the 12 Hours of Sebring and, despite turning laps over 1-second slower than the leaders, it took him just 7 laps before he lost control in the same corner again.

As he slid sideways toward the inside of the corner a GTD car clipped his left front causing a trip to pit lane and a change of the front nose.

Johnson is back out there and let’s hope he doesn’t wad it up again before the team can get him out of the car so he doesn’t cause any further damage. He currently runs 6th after pitting under caution for a new nose.