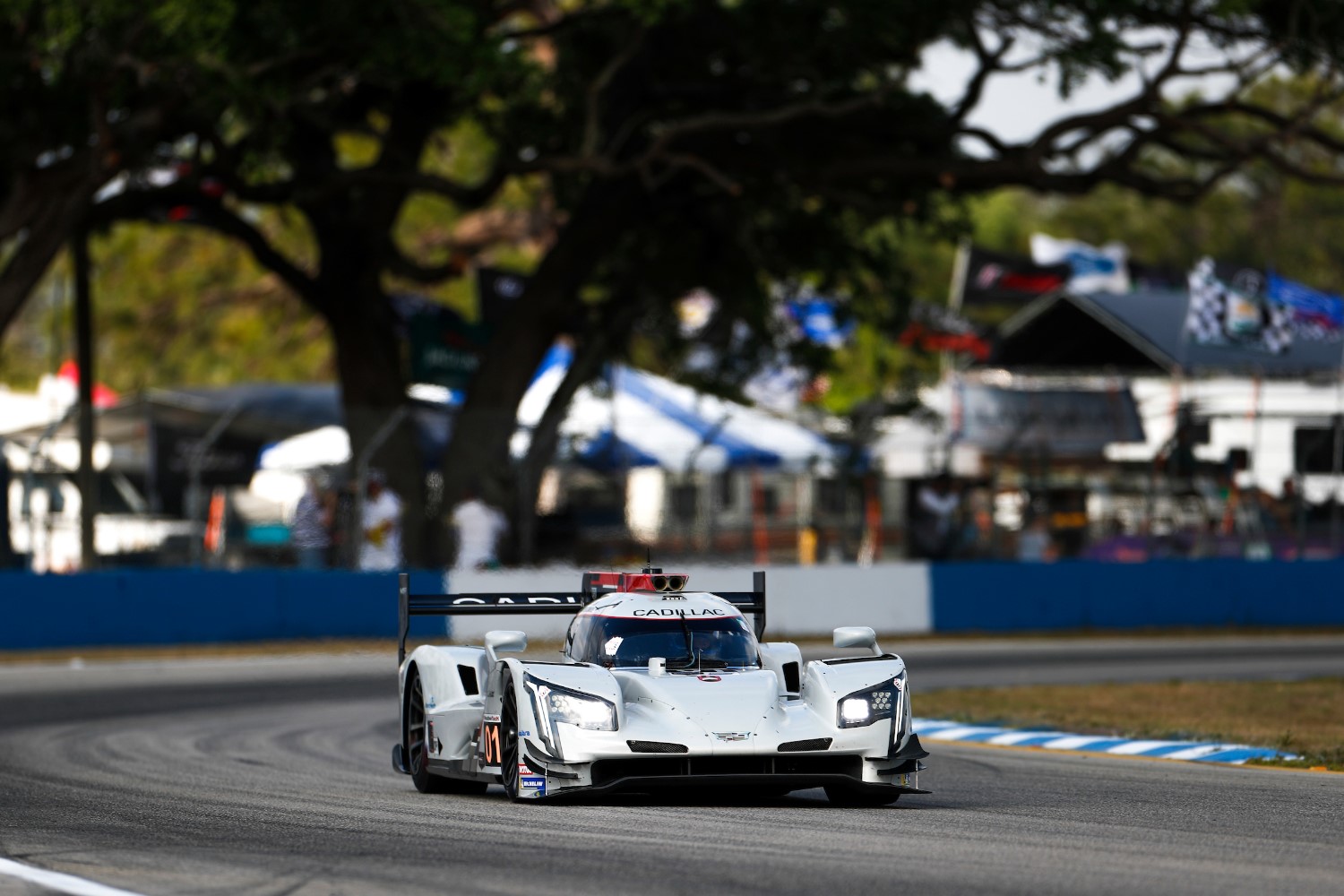 Renger van der Zande had the #01 Chip Ganassi out front at the halfway mark of the 12 Hours of Sebring endurance race.  The #01 led the #55 Mazda of Oliver Jarvis by a comfortable 23 seconds.

Oliver Pla was 3rd in the #60 Meyer Shank Racing Acura, but Alexander Rossi was closing in the #10 Wayne Taylor Acura. The #10 had to make an extra stop when a fuel hose was still partially engaged when Rossi was sent out too early when he first got in the car.  Rossi is turning laps as fast as the leading Cadillac and is closing on the 2nd and 3rd place cars.

The No. 48 Action Express Racing Cadillac of Simon Pagenaud runs in fifth, with the car having been off-sequence since Jimmie Johnson’s accident in the opening hour of the race.

Scott Huffaker led LMP2 in the No. 52 Oreca, while Spencer Pigot is out front in LMP3 in the No. 74 Riley Motorsports Ligier JS P320 Nissan.

Antonio Garcia kept the #3 Corvette in the lead by 2.9 seconds over the #25 BMW of Phillip Eng as the two cars have run 1-2 in GTLM from the start. John Edwards runs third in class on the tail end of the lead lap in the sister BMW entry.

The #16 Porsche of Trent Hindman leads in the GTD class over the #9 Porsche of Lars Kern.