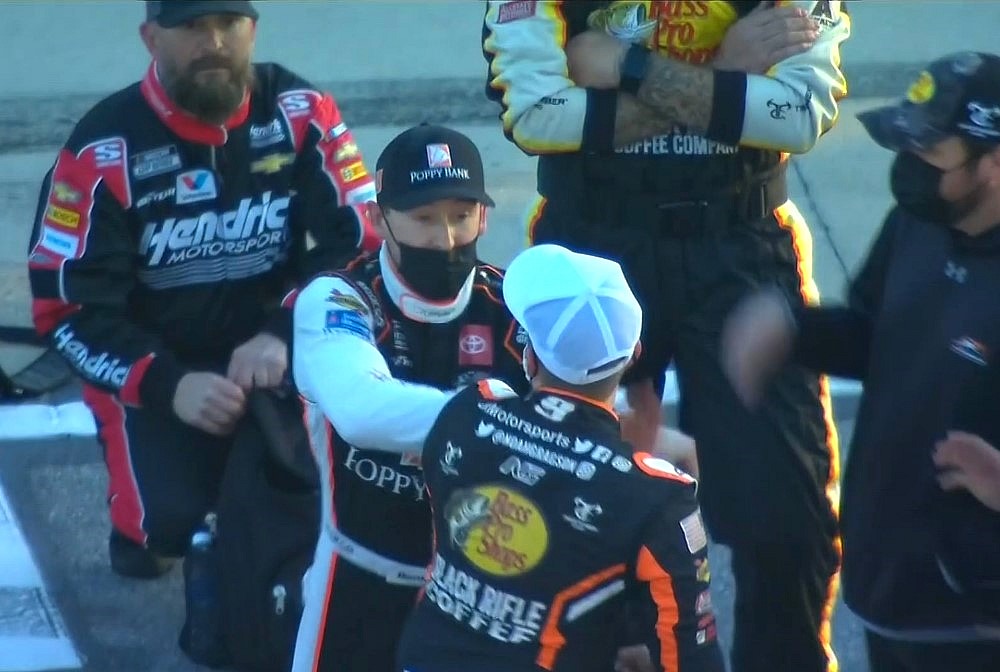 Daniel Hemric and Noah Gragson fought on pit road after Saturday’s Xfinity race at Atlanta Motor Speedway and had to be separated.

Hemric was upset for an incident during the race when Gragson backed up into Hemric’s car on pit road during a stop.

Hemric told Performance Racing Network: “Pretty simple, man. He had no idea what was going on out on the racetrack. We come down the pit road. The guy pitted behind us, went to accelerate out as I was pulling into my box. It made me had to steer around the guy and go into (Gragson’s) box. I backed up. Yes, it messed up both of our pit stops. I backed up. He decided to put it in reverse and cram into the right front fender and put a hole our Poppy Bank Toyota Supra nose. We had to pit again and fix it.

“That was completely deliberate. It’s absolutely ridiculous. Where I come from, you get your eye dotted when you do stuff like that.”

Hemric also told PRN: “Oh yeah, (Gragson) crammed it into reverse and backed up. Punch a hole in the nose of our car, and I got one punch in his eye so we’re even.”

Asked about the fight with Hemric, Gragson told FS1: “I don’t know why he’s mad. We were behind him coming on to pit road … He was in our pit box, and I had to come around him and not really sure why he was there. I had to back up and get there.”